The United Kingdom branch of Christ Embassy, owned by popular Nigerian televangelist, Chris Oyakhilome, is broke and has been declared insolvent by the Charity Commission, the agency that regulates charity organisations in the country.

The ministry also admitted in its belated 2015 financial statement (the churchâ€™s last annual return, which it published in 2017) that its subsidiary, Christ Embassy Limited, valued with a net asset of more than N1 billion (Â£2 million) entered into liquidation from November 1, 2016.

On its website, the Charity Commission flagged Christ Embassy as â€œcharity insolventâ€. According to the commission, a charity is considered as being insolvent when it is â€œunable to pay its debts.â€

â€œIn practice there are two separate tests for insolvency and failure of either might be an indication of insolvency: The charity cannot pay its debts as they fall due for payment; The value of its liabilities exceeds its assets.

â€œCharities will be flagged as insolvent on our register when we are made aware of an insolvency situation and we are provided with verification from a qualified, independent insolvency practitioner.â€ the commission explained.

The churchâ€™s present financial problem is another episode in a series of crisis that has plagued the church since 2013.

According to Premium Times, in 2014, Oyakhilome lost a fierce power tussle over the church in the UK with his ex-wife, Anita. Though she, now known as Anita Ebhodaghe Schafer, was the head of the UK branch of the church, Oyakilome presided over the charityâ€™s board of trustee since inception until he was forced to resign in 2014.

After he was kicked out of the churchâ€™s board of trustees, the former flamboyant couple went their separate ways in a bitter divorce five months later.
In 2013, the UK government set up an inquiry into possible financial misplacement of the churchâ€™s fund between 2008 and 2012. Government-appointed auditors later raised eyebrows over suspicious payments worth N2.14 billion (Â£4.28 million) made to companies and organisation closely related to the church in 2013.

Though the Charity Commission did not immediately respond to request for further details about the circumstances leading to the church being declared insolvent, a peep into its financial history showed that the church started bleeding about 16 months before Oyakhilome was removed as a trustee of the church.

â€œThe ministry is therefore in a comfortable position to meet all financial commitments and projections for the coming year,â€ the church boasted.

The first whiff of problem appeared after the church turned in its financial statement in 2013. The churchâ€™s income was N7.1 billion (Â£14.1 million) which was a drop of N1.3 billion (Â£2.6 million) from the income of the previous year.

However, its expenditure rose drastically to N8 billion (Â£15.9 million), which is an increase of N3.5 billion (Â£7 million). Thus, from a surplus of N3.96 billion (Â£7.89million) the previous year, the church slumped into a deficit of N961.6 million (Â£1.9 million).
Despite the drastic slump in income, the church was still optimistic about its future: â€œThe Ministry remains in a comfortable position to meet all its financial commitments and projections for the coming year,â€ it stated.

The fees paid to Rod Weston of the international audit and accounting firm, Mazars LLP, who was appointed by the Charity Commission to take over the management of the church, may cause the increase in the churchâ€™s expenditure in 2014 and 2015.

When reached for comments, an official of the church, who refused to identify himself, was furious that this newspaper wanted to do a story about the church.

â€œWhy do you need the information? What story? Who gave you the story to work on? Why are you calling?, he asked.
When told that ethically journalists are required to talk to the subjects of their stories to write balanced reports, he said there was no need to ask the church any question.

â€œIf you are a journalist and you got your story from anywhere why do you need to balance it, you go ahead. There is no need to clarify,â€ he said.

Worried by the ministryâ€™s sudden increase in expenditure, on 11 August 2014, the Charity Commission side-lined the churchâ€™s board of trustees and appointed an interim manager, Rod Weston of the international audit and accounting firm, Mazars, to take over the management of the church.

Before setting aside the churchâ€™s board of trustees, the commission had discovered controversial payments worth N1.8 billion (Â£3.6 million) to foreign entities between 2008 and 2012.
The Charity Commission explained at the time that the statutory inquiry would investigate Christ Embassy over â€œa number of serious concerns relating to the use of charitable funds, in particular large connected party payments and the potential misapplication of grant fundingâ€.
The commission said the church might have been imprudent in managing its finances.
Subsequently, the UK tax authority, HM Revenue and Customs, held back N1.36 billion (Â£2.7 million) due to the church in donation between 2008 and 2012 until the conclusion is resolved.
But details of the 2013 financial statement, which was approved on January 22, 2016 show that the churchâ€™s suspicious spending did not stop in 2012.

Jacob Cavenagh and Skeet, the independent auditors, discovered that part of the churchâ€™s Â£15.9 million expenditure in 2013 was made to companies and organisations with close relation to the church.
The auditors particularly raised eyebrows over the N1.35 billion (Â£2,679,980) paid to Loveworld Limited for transmission of the churchâ€™s broadcast. Interestingly, a trustee of the church, Obioma Chiemeka, is the director and sole shareholder of Loveworld Limited. Mr Chiemeke, a pastor, however resigned as a trustee on October 15, 2015.

Also, purchases worth N22.7 million (Â£44,925) were made from Ventaja Ltd for decorating and the construction of a stage. The auditors discovered that a pastor of the church, Tony Obi, was the sole shareholder of the Ventaja and his wife Georgine Obi, an employee of Christ Embassy, was a director of the company. Mr Obi, however, resigned as a trustee of the church on November 6, 2015.

The auditors said they were also not convinced about the reason for a grant of N506.9 million (Â£1,000,973) given to Healing School, Canada. A trustee of the UK branch of the Church. Ray Okocha, a reverend, is also a trustee of Healing School Canada.

Healing School is the branch of the church in charge of faith healing and miracles sessions. It regularly hosts events in Johannesburg, South Africa; and Toronto, Canada.

The auditors said they could not obtain â€œcomplete and accurateâ€ information on the transactions because the church could not provide explanations and information they requested during the audit.
â€œThe audit evidence available to us are limited because we were unable to obtain sufficient evidence to enable us to conclude whether material amount of expenditure made by the charity were charitable expenditure,â€ the auditors stated.

â€œThe audit evidence were also limited because a number of explanations and information requested during our audit could not be provided,â€ it said. 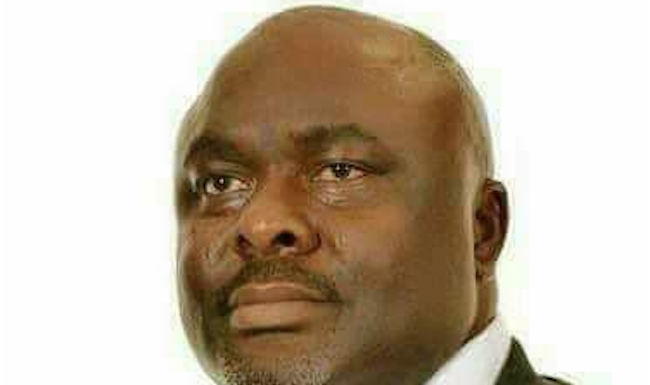