Everton could not resist his signature after his exploits in the Belgian League for KAS Eupen during which he hit the back of the net 24 times. Surprisingly, immediately after signing for the Toffees, he was loaned to Anderletch of Belgium where he is also excelling. His form this season culminated in European giants -FC Barcelona and Manchester United – scrambling for his signature.Â Kunle AdewaleÂ  ponders whether Onyekuru will emerge the next biggest Nigerian football export to Europe

Henry Onyekuru has been impressive for Anderlecht so far this season, scoring eight goals in 15 matches, culminating in Catalan giants-Barcelona sending scouts to watch his matches. Aside from Barcelona, Manchester United, Fiorentina, Ajax, PSV, Southampton and Stoke City are also believed to have sent their scouts to see the player in action in the Belgian league. Onyekuru, however said he was flattered by stories linking him with top European clubs like Barcelona and Manchester United, but wants to remain focused in his current team.

The striker, who spoke exclusively to AOIFootball.com after netting the winner for Anderlecht in their Jupiler league game at the weekend in Belgium, said he would continue to work hard and improve on his game.

â€œThere is no real secret, I have a strong faith in God and he has blessed me to be able to do what I love and Iâ€™m just focused on improving myself, working hard and staying dedicated. Itâ€™s a blessing to be recognised by these clubs and of course, itâ€™s flattering but I take everything one step at a time. I will focus on what is in front of me and for the next few months,â€ Onyekuru said

The 20-year-old striker also expressed his delight in scoring his eight goal of the season, saying itâ€™s always a delight to score the winning goal for his team.

â€œIt was a difficult match for us but I am happy we were able to win and I also got on the score sheet. I hope to continue scoring more goals for Anderlecht and hopefully, win a trophy or two in the season,â€ Onyekuru concluded.

Onyekuru is, however, unsure of a return to Everton in January, despite putting up impressive shifts at Anderlecht after joining the Toffees following his impressive display for Eupen last season where he netted 25 goals in 41 appearances.

After a quiet start, the forward has continued with the form that earned him a deal with the English side and has scored eight goals so far. However, the striker is still uncertain of a recall to Goodison Park in January.

â€œI follow the path that is being drawn up for me. Wherever I go after New Year, I do not know either. Whether Everton has a contractual option to get me in the winter? Everything is possible. I’m their property, they decide. I have never said that I’m sure I’ll leave Anderlecht. The most important thing is here and now. I’m happy and everything is going well. What’s happening in winter, we’ll see,â€ Onyekuru told Het Nieuwsblad.

In a chat with THISDAY, former Nigerian international, and footballerâ€™s agent, Waidi Akani opined that for Barcelona to send their scouts to watch Onyekuru, it means he has something to offer.

â€œBarcelona has a very formidable scouting team. So, for them to have scouted him, it means he has a very great potential and future. However, that does not mean the club gets it right all the time. A move to a club like Barcelona would definitely be to the advantage of the national team coaches as he would be well-polished under the best coaches.

â€œHowever, we cannot count on him for now because he is yet to really prove himself for the country at any level. His game for the Super Eagles against Togo is not enough to judge him. Football is not a one-season game, so we should not get so excited thinking that we now have a good striker simply because he scored 24 goals last season for his Belgian club.

â€œHe is still young, just 20 years old. Maybe he should first be tried the Under 20 or 23 level and see what he can offer. Football could be funny at times. With all the noise about him, he might just not fit into our style of football,â€ Akani pointed out.

Onyekuru can play across the front line; he favours the left as it gives him the space he needs to go through the gears, as well as come inside on his stronger right foot. His low centre of gravity, as he stands at about 5ft 9in, enables quick changes of direction, but his dribbling style really isnâ€™t defined by it, unlike most players his size. He has good close control, but relies more on his speed and trickery, often looking like he has shown too much to the opponent before snatching it away.

He is small of stature – 5ft 9in – but uses this quick change of direction effectively, bamboozling defenders, using his change of pace to get past his man rather than a barrage of step overs.

Perhaps, the biggest weakness in Onyekuruâ€™s game is a streak of single-mindedness. It can manifest as overconfidence or as selfishness, but too often, he wants to go alone. He will often get the better of his marker, and opt for a shot from an angle rather than lay in a teammate in a better position centrally.

He made his senior debut for Nigeria in a 3-0 friendly win over Togo onÂ July 1. 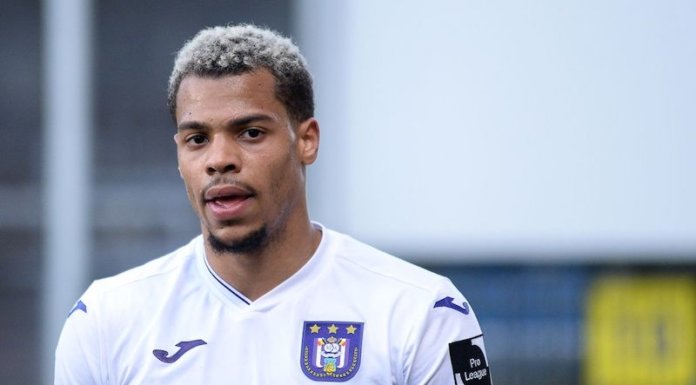