Incensed by the high rate of unemployment occasioned by few opportunities in civil and public services, which can hardly take care of millions of people who leave schools annually, the Deputy Senate President, Ike Ekweremadu recently unveiled the first ever Work and Learn European Vocational Institute in Enugu to cater for the South-east Zone. Christopher Isiguzo reports

“It is really unfortunate that we have engineers that cannot construct anything; we have technicians that can’t fix anything. We have plumbers who are just disasters. Every day, you see thousands of people roaming the streets searching for jobs that are not available and where the jobs are available, you can hardly find people with the skills. We really have to do something unique to solve this monumental problem.”

With these words, the Deputy Senate President, Ike Ekweremadu recently inaugurated the first ever vocational training institute, Learn and Work European Vocational School in Enugu State to cater for people from not just the South-east zone, but beyond.
Before now, one can barely find few vocational centres in the five states of the zone without the required facilities making it difficult for them to achieve the main objectives for setting such centre.

However, the European Vocational School equipped with modern facilities to practicalise teaching and learning is designed to train young people in various skills including web design, plumbing, tailoring/dress making, home nursing, among others.

The training is expected to last for six months or 320 hours after which graduates are presented with certificates which can enable them to either work for themselves or work for others in similar fields.
The institute which has Ekweremadu as its promoter is being managed by the CEPU Education Group, Italy.

For students of the institute, the training programme is designed on personal note, to not only acquire the knowledge and skills linked to essential professions and trades for the development of an economic and productive system but also to acquire civil and social responsibility towards the families of work colleagues and towards institutions.

From the social perspective, the training is targeted at improving the quality of life, reducing unemployment, reducing crime and deviant behaviour as the entire project is expected to conform to the ‘local economy’.

Speaking at the inauguration which attracted notable political leaders from the state, including the governor, National and State Assembly members, council chairmen, captains of industry, members of the academic environment, unemployed youths, among others, Ekweremadu said vocational training is the best way to go.

He said he was disturbed by the increasing rate of unemployment in the country, stressing that even where the jobs were available, most of the young school leavers were unemployable.
He therefore called on the federal and state governments to invest in vocational training and skills acquisition programmes in order to meaningfully engage the youths.

Ekweremadu said the unemployment rate has remained high because of the failure of government to come up with progressive and pragmatic strategies to resolve the challenge. He decried a situation where the country’s tertiary institutions graduate thousands of ‘unemployable people’ annually, adding that the vocational training school was designed to fill the yawning gap in the system.

He expressed hope that the institute would in the next five years, effectively address the problem of unemployment as those who pass through the school would not only be meaningfully engaged, but their minds taken away from crimes and unnecessary agitations.

After six months, he said those who graduate from the institute will be encouraged to access soft loans from the Bank of Industry to set up their own businesses in order to become self-reliant and employers of labour.

“We must come to terms with the fact that government alone cannot solve our problems. Civil and public services cannot provide jobs for our teeming populace. We must invest in vocational training otherwise in the next 50 years, the nation will be in a serious problem.

“As politicians, we cannot engage all the unemployed people because of limited resources. Because these young men roam the streets, that is why you have all forms of agitations; people are coming out from school everyday, yet there is no hope of getting any job anywhere.

“We have to begin to think of how to solve this problem. We have to go back to basics, give our people vocation. Train them on skills so as to be able to employ themselves and employ others. We have to focus on industries, these skills will also support the industries to create jobs and the economy will grow. Routine government job does not add to our GDP.
“Even if we are going to develop industries here to create jobs, those industries need skilled manpower to drive them,” the senator stressed.

The President, CEPU Group of Schools, Italy, Dr. Francheto Politori identified education as a driving force that will assist nations in their development initiatives.
He said the vocational institute was one of their packages for Nigeria and announced plans to organise other types of professional courses and establishment of schools starting from kindergarten to high school and universities.

The CEO of Learn and Learn, European Vocational Institute,
Enugu, Giovanni Mearrelli had stated that Learn and Work has an experience in vocational training and has continually evolved to meet the needs of the changing market demands over time.
He disclosed that currently, the learning model developed by the institute is the most evolved, personalised and flexible offering new technologies

“Here in Enugu we applied a specific method for Ekweremadu’s request. We are here because of him, the senator wants a short and effective path to train people in various professions”.
Governor Ifeanyi Ugwuanyi, who was represented by the Chairman of PDP, Enugu State, Chief Augustine Nnamani, expressed his administration’s readiness to partner the institute to help the teeming young people in the state. He promised to provide the necessary incentives to ensure the realisation of the set objectives of the school.

Other speakers including a member of the House of Representatives, Hon. Toby Okechukwu, an Enugu-based industrialist, Eric Chime and the Coordinator of the National Directorate of Employment in the state, Chief Sylvester Ude expressed delight at the inauguration of the institute in the state.
They said by the time the school begins to graduate students, there will be availability of skilled manpower in the state and beyond, adding that the situation would greatly affect productivity and reduce all forms of crimes. 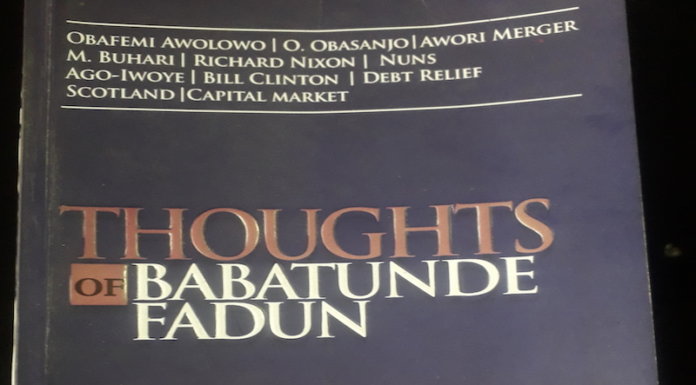