According to a statement, the awards won by the bank included: Best Company in Climate Action; Most Outstanding CSR Practitioner Of The Year â€“ received by Omobolanle Victor-Laniyan, Head, Sustainability at Access Bank; Sustainability Champion of the Year â€“ given to Dr. Herbert Wigwe, GMD/CEO, Access Bank; Best company CSR//Sustainability West Africa; and the highest honour of the night â€“ The Most Socially Responsible Company of The Year (Overall Winner).

It explained that the awards were presented to bank in recognition of its strong sustainability ethos as well as its progress and commitment to embedding sustainability in its business operations whilst driving sustainable development across communities it serves.

The annual event which took place in Lagos was organised to promote, measure and harmonize the contributions of the public and was attended by Liyel Imoke, Former Governor, Cross River State who gave the Keynote address, Princess Adejoke Orelope-Adefulire, the Special Assistant to the President on the SDGs, CEOs of leading institutions, senior executives and other Sustainability Professionals.
Receiving the â€˜Most Socially Responsible Company of The Year (Overall Winner)â€™, the Group Deputy Managing Director of Access Bank, Roosevelt Ogbonna said: “Access Bank has continued to champion responsible investing, innovative health initiatives, environmental protection and financial inclusion. We will remain committed to driving Sustainable development locally and globally as it is a necessity for all institutions to.”

In receiving the award on behalf of Wigwe, Ogbonna also said: “I am honoured to lead a Bank that is committed to building a lasting and profitable financial institution that operates in a manner that will not compromise the ability of future generations to live in healthy environments and prosperous communities.”

In July 2017, Access Bank emerged as the winner of the prestigious Karlsruhe Sustainable Finance award for â€œOutstanding Business Sustainability Achievementâ€ in Germany, winning for the second time in a row, becoming the first African financial institution to do so. In August 2017, Access Bank was also named the â€˜Most Sustainable Bank, Nigeriaâ€™ at the World Finance Awards 2017, becoming a four time consecutive winner of this award.
These global and local recognitions on sustainability awarded to Access Bank demonstrates the progress made by the institution in leading the Nigerian Financial industry towards sustainable finance whilst driving communities to achieve the global sustainable development goals. 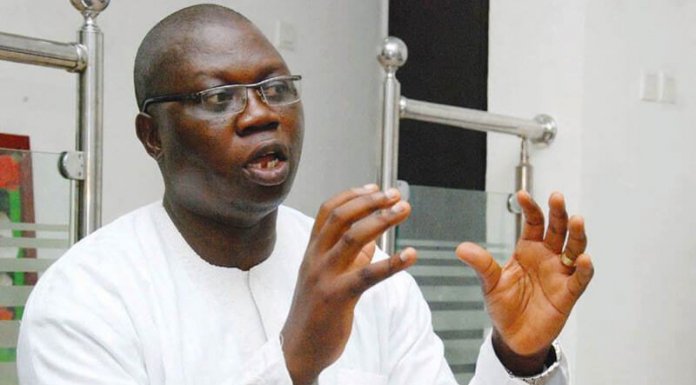