Damilola Oyedele in Abuja and Obinna Chima in Lagos

The Senate Tuesday approved the request by the executive to raise $3 billion from the international capital market (ICM) through a Eurobond or Diaspora Bond issue or a combination of both to refinance maturing domestic debts, and raise another $2.5 billion from multilateral donor institutions to fund the capital component of the 2017 budget.

The approval coincided with the latest data released by the Debt Management Office (DMO) Tuesday showing that Nigeriaâ€™s debt stock hit N20 trillion as of September 30, 2017, with the foreign component accounting for 23.04 per cent or N4.694 trillion ($15.40 billion) of the total debt stock.

The approval by the Senate followed the adoption of the recommendations of its Committee on Local and Foreign Debts chaired by Senator Shehu Sani (Kaduna, APC).
But before the loan request was approved, the Deputy President of the Senate, Senator Ike Ekweremadu, who presided over Tuesdayâ€™s plenary, had charged the DMO to monitor Nigeriaâ€™s debt profile to ensure it remains within acceptable limits.

â€œLet me state clearly that this Senate will continue to partner with the federal government on matters that concern the ordinary people of Nigeria. The implementation of the 2017 budget is key because any Appropriation Act that is not implemented is worthless,â€ he said.

Senator Yusuf Abubakar Yusuf (Taraba APC) said while borrowing to refinance local debt could be deemed a good model, the government must be careful as its workability would depend on Nigeriaâ€™s foreign reserves and exchange rate stability.
â€œIf our foreign exchange rate is very low, if it fall as low as N500 to a dollar, we are going to have a very serious challenge generating enough foreign exchange to pay our foreign debt.
â€œWe have to be seen to be a lot more cautious, not just saying that the interest rate (for external borrowing) is low and the cost of refinancing the loan will be low.

â€œWe must also take cognisance of the fact that whatever happens will have an impact on our foreign exchange rate,â€ Yusuf said.
Also contributing to the debate, Senator Gbenga Ashafa (Lagos APC) said the loan was critical to the success of the 2017 budget.

â€œIf we consider the projects that these loans are supposed to fund, they are spread across all the geopolitical zones. They covers power, rail, roads, water and others,â€ he said.
Last October, President Muhammadu Buhari had sought expeditious approval of the foreign loan request.
Some of the projects to be funded from the loans include the Mambilla hydropower project, second runway at the Nnamdi Azikiwe International Airport, Abuja, counterpart funding for rail projects, and the construction of the Bodo-Bonny road.

Also at plenary Tuesday, the Senate mandated its Committees on Finance and Banking, Insurance and Financial Institutions to investigate allegations of unremitted revenue from stamp duties in the last five years.
This, it said, was due to the need to harness all sources of revenue to the government and curb all forms of wastefulness, corruption and diversion of funds.

The resolution followed a motion sponsored by Senator John Owan Enoh (Cross River, PDP) and 11 others who expressed concern over report by the School of Banking Honours that showed that over N7 trillion in stamp duties from cashless transactions remained unpaid to the federation since 2015.

The motion stated: â€œWorried that the provision for stamp duty in the revenue framework of the nationâ€™s annual budget for 2015, 2016 and 2017 had been N8.713 billion, N66.138 billion and N16.96 billion, respectively despite the above report.

â€œWe have been apprised of the anti-stamp duties collection stance of the Nigerian inter-Bank Settlement System (NIBSS) which is currently being accused of systemic diversion of huge revenue flows from stamp duty collection on electronic transfer receipts on online banking transactions and the necessity to demand notice on all unremitted stamp duties.â€

Owan also queried how the projection on stamp duties dropped from N66 billion in 2016 to N16.9 billion in 2017.
Adopting the prayers of the motion, the Senate commended the School of Banking Honours for bringing the issue of unremitted revenue from stamp duties to the publicâ€™s notice, and for insisting on probity of the NIBSS.

The School of Banking Honours is a body corporate approved through registration by the Nigerian Copyrights Commission, to research into banking operations, facilitate collaboration between banks, ensure collaboration between banks and the government, and represent the government in facilitating the imposition and monitoring of stamp duties on all electronic cash transactions.

Meanwhile, data released Tuesday by the DMO has shown that Nigeriaâ€™s total public debt stock, comprising the federal government, states and the Federal Capital Territory (FCT) stood at N20.373 trillion as of September 30, showing a marginal increase of 3.6 per cent from N19.637 trillion as of June 30.

On the other hand, external debt stock stood at N4.694 trillion ($15.390 billion), reflecting a marginal rise of 1.9 per cent from N4.602 trillion as of June 30.
â€œThe debt data lends credence to the governmentâ€™s claims that the public debt stock is skewed in favour of domestic debt which is partly responsible for the high debt service figures,â€ the statement explained. 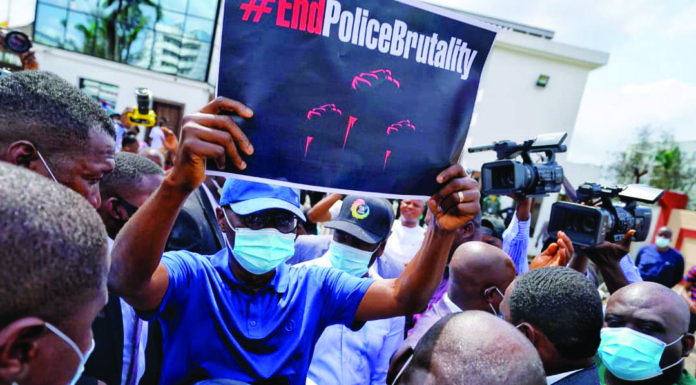