A gang of bank robbers was among over 100 suspected criminals arrested in Akwa Ibom State by State Police Command for various unlawful acts in the state in the last two months.

This is coming as the Police disclosed that 8,000, additional manpower will be deployed from neighbouring states to ensure a safe environment during the conduct of the forthcoming local government elections in the state.
Briefing journalists in his office, the State Police Commissioner, CP Zubairu Muazu said a total of 104 suspects were arrested for various offences across the state, ranging from cultism, kidnapping, armed robbery, child stealing/selling and other crimes.

He disclosed that the trio of the armed robbery gang suspects have been terrorising banks across the state and was finally arrested on November 3 at Eket local government area following sustained monitoring of their activities by the police.

According to the Commissioner, the police team at Eket after receiving a distress call that armed robbers were operating at Food Affairs, opposite First Bank in Eket went into action and arrested the culprits at about 1415 hours that fateful day.

He explained that a customer simple identified as Nkereuwem Akpan after withdrawing N1m from First Bank, was trailed and blocked by the armed robbery gang and robbed of the money he withdrew.

His words: â€œIt will interest you to know that we have finally arrested the notorious gang responsible for series of bank related robberies in the state.

â€œThe suspects namely Hycent Bright; Menford John, and John Chibueze, were arrested on November 3, 2017 at about 1415 hours, at Eket, following a sustained monitoring.

â€œOur team at Eket received a distress call that armed robbery operation was ongoing at Food Affairs, opposite First Bank, Eket. One Nkereuwem Akpan withdrew N1m from First Bank, Eket. The robbery suspects trailed, blocked the man and carted away with the money.

â€œWe have also recovered one Toyota Avalon with registration number NCH 28 ST with ignition key; N521, 300.00; one Techno phone; different ATM cards, and more from the hoodlums. The ringleader, Hycent Bright, is based in Eket, while other gang members always come from Rivers Stateâ€.

The Commissioner equally revealed that the anti-kidnapping squad of the of the Command on Tuesday morning arrested four kidnappers at Etim Ekpo and recovered two locally made pistols.
He said 104 suspects had been arrested for various offences across the state, ranging from cultism, kidnapping, armed robbery, child stealing/selling and other crimes. He added that most of the suspects had been charged to court while others are still under investigation.

Others were eight locally made pistols and one single barrel gun with 12 live cartridges had been recovered. One Lexus jeep, one Toyota Corolla and one Toyota Camry; and a cash of N2, 870,000.

Reacting, the leader of the armed robbery gang, Bright, 31, an indigene of Onelga LGA in Rivers State said he was arrested not with arms but with N500,000 admitting that he robbed the customer at the First Bank.

He explained his style of operation to include pretending to be a customer in the bank by trying to fill the bank teller while monitoring those who are to withdraw huge sums.

â€œI was arrested not with arms but with N500,000. I robbed a customer of First Bank of the money. Somebody withdrew and misplaced the money, so I picked it up from where he left the money. I just started this business about a year ago.

â€œI have not killed any of my victims. I donâ€™t rob banks but only the people that come from the banks. I donâ€™t hang around bank premises. If somebody withdraws money, I will know. I donâ€™t use charms.

â€œI entered the bank and pretended to be filling tellers while waiting for those who will withdraw large sums. I know how much each person will withdraw.

â€œAs at 2013, I used to vandalise oil pipelines at Onega. I used some of the money I made to establish business â€“ boutique in Eketâ€, he said 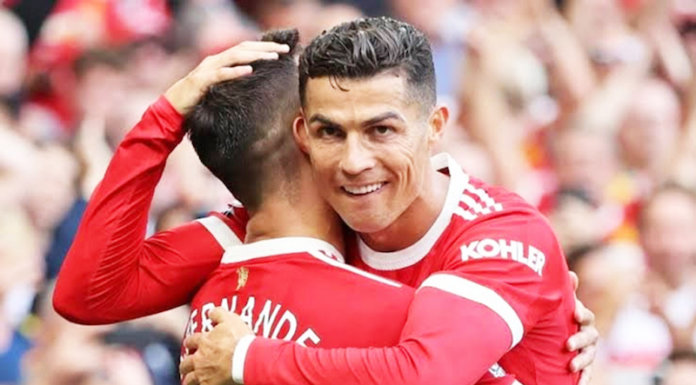