One of the most astounding works of Art from Africa is the Yoruba talking drum. It is an hourglass-shaped wood with an inner cavity, covered on both ends by goat skin, and beaten by a curved stick called â€˜gongoâ€™. The fact that its pitch can be regulated makes it exceptional as messages to be passed by the drummer to the listeners. There is the â€˜Iya Iluâ€™, â€˜Omeleâ€™ and â€˜Ganganâ€™ with danceable rhythms apart from their messages.

One of the greatest drummers of all times was Oba John Adetoyese Laoye, the late Timi of Ede who was on the throne between1946 and 1975.Â  He was not just an Oba but also a drummer with jaw-dropping dexterity which brought him global fame. He learnt drumming from his maternal home. In 1955, the late Chief Obafemi Awolowo popularised Radio system by introducing rediffusion box to the Western Region. The popular tune that heralded the news was a creation of Oba Laoyeâ€™s drum in 1956: â€˜Mi Do Do Do Mi Mi, Re Mi Mi Re Do!â€™

This was given so many interpretations which included: B’olu Badan baâ€™ku, ta ni o jâ€™oye? (Who will ascend the throne when the Olubadan passes on?); â€˜O jâ€™ogede dudu inu nâ€™takunâ€™ (He eats unripe plantain and suffers stomach upset); â€˜Ko so nigbese nâ€™ibi, lo sâ€™ile kejiâ€™ (There is no debtor here, go to the next house); â€˜Bello Gbadamosi, olori oleâ€™ (Bello Gbadamosi – the head robber) etc.

Interestingly, what Oba Laoye really said with his drum was: â€˜This is Nigeria Broadcasting Service!â€™

I doubt if any social media platform is as popular in Nigeria today as WhatsApp where with a mobile handset, everyone is an actor, politician, comedian, pastor all rolled into one. And at a period we are breeding so many troublemakers, no platform also spreads hate messages as quickly and widely as WhatsApp. But if, like me, you love humour and inspirational stories, there is no better place to be. It is a platform where you get a lot of insights into so many things, mostly from anonymous sources.

When at the weekend I got the post with which I opened this piece, I could not resist spreading it to some Yoruba people I was sure would appreciate the message. A few minutes after I forwarded the text, I got a pithy but insightful reply from Harvard University Professor, Jacob Olupona: â€œSegun, to add to your list of meanings of that particular talking drum verse: â€˜Ninu ikoko dudu, la gbe nâ€™sebeâ€™ (We make stew from the black pot). Incidentally, Chief Ayorinde of blessed memory gave a wonderful lecture on the multi-vocality of the talking drum. In Yoruba parlance, this gave birth to the following proverb: â€˜Ko sâ€™eni to mo ede ayan, a fâ€™eni tâ€™omu opa e lowoâ€™ (Only the man who wields the drumstick understands the message of the drum). That explains why the multiplicity of meanings to what the talking drum says has become a point of reference in African scholarshipâ€.

Against the background that the Muhammadu Buhari most Nigerians voted for in 2015 has turned out to be no more than a creation of their own imagination, three events in the past one week have compelled me to reflect on the significance of the Yoruba talking drum, especially in the light of the thesis on â€œmultiplicity of meaningsâ€ when interpreting the verses. One, some politicians, under the aegis of Buhari Support Group (BSG), last Friday met with the president after which they told the media that their man has to â€œcontinue his good worksâ€ beyond 2019. Two, on Monday, the All Progressive Congress (APC) National Leader, Asiwaju Bola Ahmed Tinubu visited Buhari in Aso Rock after which he also spoke to the media. Asked whether he agreed with those calling on Buhari to seek re-election in 2019, Tinubu responded: â€œDonâ€™t discuss that one with me.â€ Three, on Tuesday, there were attempts at the National Executive Committee meeting of the APC to railroad members into granting Buhari an automatic ticket for the 2019 presidential election.

Knowing Nigeria, we are likely to witness more of such well-oiled drama of people â€˜beggingâ€™ President Buhari to seek re-election in the coming weeks and months. It is a familiar industry in Nigeria that dates back to the late General Sani Abacha era. Indeed, as part of the game we should also expect sponsored rallies and prayer sessions.

What that suggests is that the wisdom which most often comes from the Yoruba talking drum and its multiplicity of meanings may be instructive for President Buhari as he weighs his options for 2019. Two popular verses come to mind here: â€˜Ti won ba n tan e, ki o ma tan râ€™areâ€™ (people can deceive you but donâ€™t deceive yourself) and â€˜Bo râ€™owo mi, oâ€™rinu miâ€™ (you may see my hand but not the intent of my heart).

I am well aware that there are governors within the APC, especially from the North, who want Buhari to seek re-election because that is the only way to guarantee their own return. The cold calculation is that without Buhari raising their hands a second term, his fanatical supporters may not vote and should that happen, they will be defeated at the polls.Â In this category also are many Senators and House of Representatives members from the North who got to power on the wings of â€˜Changeâ€™.Â So, whatever may be the drumbeats, the campaign for Buhari to run is more in their own enlightened self-interest than about the legacy of the president.

That then explains why we may have to remind President Buhari of what he said on 16th June 2015, just about three weeks after assuming office; in the course of his first African Union (AU) summit in Johannesburg. Speaking while meeting a cross-section of Nigerians living in South Africa, Buhari, in a moment of introspection, wished he had become president at a much younger age before he concluded: â€œNow, at 72, there is a limit to what I can doâ€. If at 72 the president could admit of a severely limited capacity to govern, how will he feel at 76?

This then brings us back to the talking drum and its symbolism. At the palace, the rhythms from the talking drum not only imitate the intonations of spoken word; they serve as a medium for conveying important and most often coded messages to the king. So, to the extent that there is a multiplicity of meanings to such beats, it is also common for some kings to choose to hear what pleases them. Therefore, with the cacophony of voices in Aso Rock, it is very clear that President Buhari may be listening only to the drumbeats that suit his ambition. I hope, in his own interest, he can be more discerning.

Meanwhile, in his interaction with the State House correspondents on Monday, Tinubu did not exactly rule out backing Buhariâ€™s aspiration for another shot at the presidency in 2019. Neither did he say he would endorse such a bid. Like the talking drum, by hinting that he could in fact rebel, Tinubu merely left a coded message that Buhari, his supporters as well as opponents can begin to interpret or interpolate whichever way they like. Interestingly, there will be many of such coded messages in the days and weeks ahead as we gradually inch towards 2019.

Even if we ignore the fact that President Buhariâ€™s stewardship has largely been disappointing, what the uncertain drumbeats, especially those from within the APC will do is to compel many Nigerians to begin to ask themselves salient questions. Amid the â€˜no one but youâ€™ singsong, the futility of a possible second term aspiration for Buhari can be glimpsed from the record of the last two and a half years: executive tardiness, insensitivity to public opinion, an anti-corruption war targeted only at the opposition, a fragile, if not suspect, health status etc.

All the foregoing at a period the economy is on a tailspin and millions of our young people cannot find jobs will, at the fullness of time, lead to one inescapable question: Should the future of Nigeria be tied to that of a man who, by his own admission, is limited in capacity?

For now, let the talking drums continue to beat!

We left Piraeus Port in Athens on Tuesday night aboard the ship, â€˜Celebrity Constellationâ€™ on a â€™12 Night Israel and Mediterranean Cruiseâ€™ taking us across four countries: Greece, Malta, Israel and Italy. My wife and I are using the tickets won at a raffle in March 2016 which I wrote about in my column, â€œA Cruise Holiday and the Shocking Dramaâ€, at the time.

Although the tickets for what was then a Caribbean Cruise lapsed in November last year, when the promoter, Mrs Uloma Egbuna–the Managing Director of Tour Brokers International Nigeria (TBI), whose pioneering efforts in leisure travels were at the time rewarded with a partnership with Royal Caribbean Cruise Line–offered us the opportunity of a pilgrimage cruise this year, my wife would not allow me to let it pass. Besides, although I was in Israel in 2002 in reportorial capacity, I have never undertaken a Christian pilgrimage.

This luxury adventure on the Mediterranean Sea will help to put that right because some of the places where we will visit include Mount Carmel, Mount of the Beatitudes, site of the Sermon on the Mount as well as the ancient synagogue where Jesus preached and the house of Simon Peter. Going by the itinerary, we will also tour the grand fortress built by King Herod when the zealots were fighting the Romans, take a dip in the Dead Sea and float at the lowest point on earth. We will also be going to the Garden of Gethsemane where Jesus prayed the night before he was crucified, enter the city of Jerusalem and walk through the Four Quarters (Muslim, Christian, Jewish and Armenian) to witness the major landmarks of 400 years of dramatic history, including the Rock, the Western Wall and the Church of the Holy Sepulchre.

Yesterday, we had a full day stopover at the Island of Mykonos where we were regaled with several Greek mythical tales and before the tour ends next week Sunday 12th November in Rome where will we finally disembark from the ship, we are also going to gain insight into the luxurious lifestyle of Maltaâ€™s nobility as we explore some of their most iconic landmarks. In all, this promises to be a good holiday for me and my wife, away from the seemingly invincible Abuja rodents that have, for several months now, prevented our president from accessing his office! 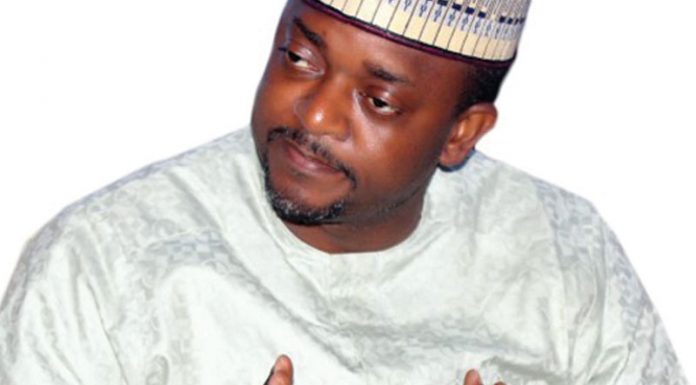