It is no news any more that the government of President Muhammadu Buhari has authorised the Nigerian Ports Authority (NPA) to forthwith commence the termination process of the Pilotage Monitoring and Supervision Agreement between NPA and Integrated Logistics Services Nigeria Limited (INTELS) on the ground that the said agreement was void ab initio.

If going by the content of THISDAY Newspaper edition of 11thOctober 2017, the Attorney General of the Federation vide a letter dated 27th September 2017, directed the Managing Director of NPA to commence the said process. To begin with, my good friend Tommy Oshie, an erudite scholar who masterfully laid bare the legal implications of the imbroglio between both parties, provided the legal background to this piece.

There are several phases or angles to the issue at hand, but since the fulcrum of it lies with the constitutionality or otherwise we shall be moved to look at it from that basis first.

Going by what is contained in the letter to the Managing Director of NPA, the AGF is only asking NPA to unilaterally determine its relationship with INTELS. It suffices to say that the partiesâ€™ mutual agreement is to be terminated.

Without really applying any sophisticated rule of interpretation it is only commonsensical that the said Sections 80 and 162 of the Constitution that the AGF is relying on simply require that all revenues generated by or on behalf of the Federal Government be deposited into The Federation Account; the said account which is by no means a special one.

Without more, by S.162 (10) of the 1999 Constitution (as amended), it is clear that revenue means â€œany income or returns accruing to or derived by the government of the federation from any sourceâ€.

And it is not unclear that government makes or earns its revenues from either direct investment or through statutory functions of its agencies, one of which is NPA. NPA being a principal agency of the government generates revenues when a statutory function is efficiently and sufficiently carried out. That is to say when the NPA does not work efficiently it does not earn revenue efficiently for the government too. This is a follow up to S.7 (a) in the NPA Act, which provides that the functions of the NPA shall be to:

â€œProvide and operate in the ports such facilities

as appear to its best calculated to

serve the interest of Nigeriaâ€.

A combined effect of Sections 8 (1)(L) and 9 of the same NPA Act empowers the Authority to enter into agreement with any person for the provision or operation of the ports facilities and other functions and power other than the power to make regulations, which is exclusively reserved for the Authority.

Going by the above, it is an emphatic Yes to say that the NPA has been acting under its statutory powers in its agreement with INTELS.

Reports have it that INTELS as an independent contractor has had a 28% monetary commission for its services rendered. What this means is that the NPA on behalf of the government earns 72% as its revenue after settling independent service provider(s). With utmost respect that 72% money is the final revenue earned by the Authority for the government which is to go into the Treasury Single Account (TSA) that the AGF is seemingly canvassing for. At this juncture what makes up revenue for the federal government in this quest as provided for in Sections 80(1) and 162 (1) and (10) respectively is the 72% accruing to NPA and not the 28% accruing to the independent service provider like INTELS.

But supposing it is true that the contract agreement is unconstitutional is it within the place of the AGF to instigate a party to unilaterally terminate the said contract other than an originating motion for interpretation? The answer is Capital NO.

What about the principle of pacta sunt servanda governing contracts? It is sad how the AGF was curious without looking at the facts. The issue at hand involves rights and obligations. It is further sad how he was blind to the fact that the said agreement has an arbitration clause that must first be explored.

From the political background, it is seen as this: the government is only groping for any means, by hook or crook, to constrict Atiku Abubakar in his likely ambition for 2019 election even when he has not announced. It is unfortunate how the government is bereft of how best to market itself to the electorate but has chosen fruitless ventures. It is as simple as this, if you are scared that someone is likely to take your position it only behooves on you to do more to merit that seat. It is not enough to go about killing an A-Class sector of the economy and putting innocent Nigerians off work and scaring away prospective foreign investors, frustrating revenues generation for the purpose of a fight that would definitely turn out to be frivolous, baseless and counter productive.

It is worthy of note that latest reports now have it that INTELS has rendered â€œapologiesâ€ to the government. This is a beautiful public relations approach in sustaining the almost threatened sector. But notwithstanding the apologies from INTELS and without holding brief for the company, this piece is only intended to x-ray the ingredients that make up the contractual relationship between the parties and more importantly, to serve as guide to the AGF against other curious actions that will only end up misleading the citizenry. 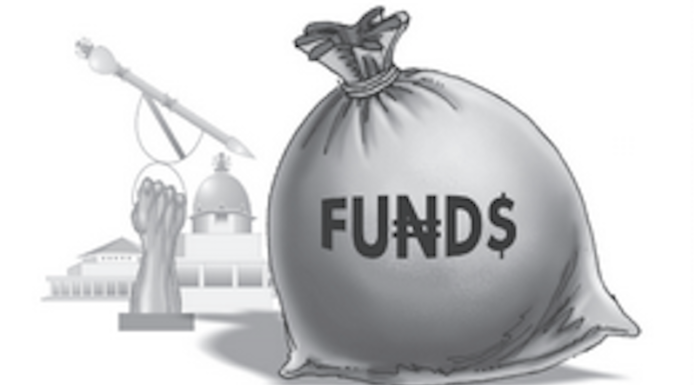