The Senate Committee on Aviation has promised to resolve the protracted disagreement between thee Federal Airports Authority of Nigeria (FAAN) and Bi-Courtney Aviation Services Limited (BASL) over the concession of the domestic terminal of the Murtala Muhammed International Airport (MMIA), Lagos.

The terminal known as MMA2 was given out to BASL on Build Operate and Transfer (BOT) arrangement.

The Chairman Senate Committee on Aviation, Mallam Muhammad Aliero, yesterday said that litigation was not the best option in addressing the crisis, assuring the committee would play its role in ensuring that the issue is resolved amicably in the interest of peace.

Aliero who disclosed this at the Senate Committee Inspection Tour MM2 as part of their oversight function, said at the moment the case was in court, and therefore comments would not be made on the issue.

He also stated that the committee would do its best to see what could be done in resolving the issue, stating that it was not proper to allow the crisis to continue which he said would amount to loss of revenue for both parties and the nation.

Aliero further explained that it was important that the issue be resolved early, adding that the 36 years and 12 years agreement should also be considered.

â€œWe are aware you have made huge investments here because of the confidence you have in the country and we would not want a situation where everything you have invested would be wasted. We will examine the two sides of the story; the side of FAAN and Bi-Courtney, then ensures that justice prevails. The issue will be given the necessary attention required.

In his remarks, the Chief Officer Bi-Courtney Aviation Service Limited Capt. Jari Williams, said the concession agreement was given to them in 2007 for an initial 12 years, then extended to 36 years, stressing that the project had been upscaled to cater for the facilities they have, â€œthe initial design was just a month such as the Abuja Old Domestic Airport.â€

Williams, who explained that the process of getting the contract award was started off by few contractors awarded by FAAN but stated that from the start of the project, there were a lot of breaches in the concession agreements which he noted began with the keeping open of the General Aviation Terminal (GAT).

He further stated that the GAT was a part of the dancing jet that was incorporated for this project, adding that they had been managing to keep the terminal going using 50 per cent of the accrued revenue that was supposed to come in.

â€œThe biggest problem is that the disregard to the concession agreement. If you want to give a concession agreement in the new system for foreign companies to come and help us develop our airports. The first we do is that to give out one terminal out to a particular company. Then the next year we will give out another terminal to another company to build. If not because of the distorted development, we would have finished with the Hotel, the Mono-rail, and the Conference Centre.

According to him, â€œThere was a big design package for this project, however we are where are because of the slow pace of growth. The revenue loss is obviously huge. Despite that we still have to maintain this terminal building. Our prayer today is that for the operations to stop so that we can have good working relationship with FAAN.

â€œWe have gone through a lot of litigations; therefore we need to look at all the litigations. Nigeria Civil Aviation Authority (NCAA) is a critical player in development in any country. They must be an impartial judge and independent. They should also be able to litigate all the problems during concession agreements issues. We should be allowed to continue with our concession agreement. The local flights should be allowed to use the facilities to deliver services to Nigerians and improve their operations. Whenever the Senate is ready to look into our case, we are ready to come over and make a presentation.â€ 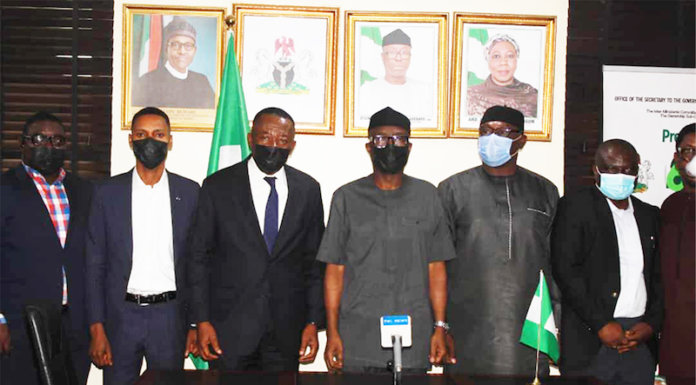