Former Vice-President, Atiku Abubakar and the Ekiti State Governor, Ayodele Fayose have commended the Alaafin of Oyo, Oba Lamidi Olayiwola Adeyemi over his nomination of a new Aare-Ona Kakanfo.

In a press statement signed by his media office yesterday, Atiku noted that the appointment of the leader of the Oodua Peoples Congress (OPC), Otunba Gani Adams, as the new Aare Ona Kakanfo is a call to national duty.

While commending the Alaafin for the nomination, Atiku noted that by the choice of a younger person for the title, â€œthe Alaafin of Oyo has shown the way that the empowerment of our youths is the best legacy we have leave behind. I share in Alaafinâ€™s faith in giving opportunities to the youths.â€
Atiku therefore urged Adams to use the advantage of his new title to promote the unity of Nigeria and to continue to be a good ambassador of the Yoruba people.

On his part, Fayose said the title of the Aare Ona Kakanfo of Yorubaland being conferred on Adams by Oba Adeyemi is putting a round peg in a round hole.

Fayose said he has no doubt that the cap fits Adams going his pedigree.
He stated this in a message to congratulate Adams yesterday in Ado-Ekiti through his Chief Press Secretary, Mr Idowu Adelusi.

According to the governor, Oba Adeyemi made the right choice in the appointment of Adams as the Generalissimo of the Oyo Empire.
â€œIn the Yoruba tradition, before a person is conferred with a chieftaincy title, he must have certain leadership qualities and the title of the Aare Ona Kakanfo of Yorubaland is for that bold, courageous, exemplary man who burns with the zeal to defend our land and protect her interest. All these are not lacking in the character of Otunba Gani Adams.

â€œI also congratulate Iku Baba Yeye Oba Lamidi Adeyemi for making the right choice and being able to fill the vacancy that existed for nearly two decades after the demise of Chief Moshood Kashimawo Olawale Abiola,â€ he said.
Fayose enjoined all Yoruba sons and daughters, both home and in the Diaspora, to support the new Aare Ona Kakanfo and defend and promote the interest of their race.
He wished the 15th Aare Ona Kakanfo a fruitful and successful tenure. 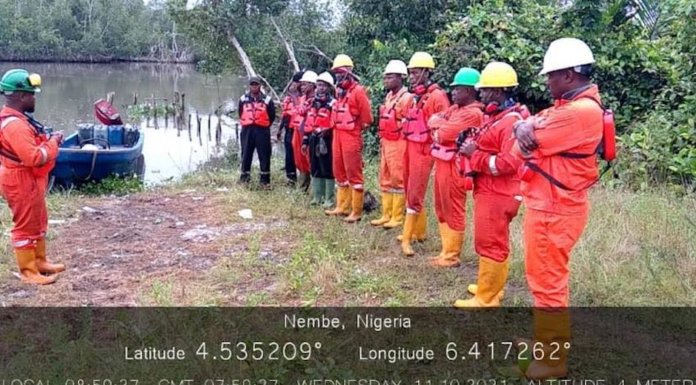