Months after the federal government directed the National Institute of Marketing of Nigeria, (NIMN), to enact its statutory powers by exerting its charter status, the institute has announced its readiness to enforce the provision of the NIMN Act.

After operating for eight years without exerting its charter status, the government of President Muhammadu Buhari had, early this year formally granted legal teeth to the institute. This was announced early this year, through a formal proclamation by the Minister for Industry, Trade and Investments, Dr. Okechukwu Enalemah at the investiture ceremony of the instituteâ€™s current president, Mr. Anthony Agenmomen, in Lagos. The minister pointed out that division in the past years had denied the institute in playing its statutory roles.

On Tuesday, NIMN however stressed that it is now fully positioned and determined to enforce the provision of the Act, which mandates marketing professionals and marketing related organisations in Nigeria to obtain practice license from the institution.

The President of the institute, Mr Tony Agenmonmen, made this disclosure while admitting that there are thousands of marketing professionals in Nigeria who are not registered with NIMN. He pointed out that by the position of the law; they are clearly in violation of the NIMN Act No 25 of 2003. He said the responsibility for compliance rests on both the individuals and the companies that employ them.

According to him, â€œSection 20(2) of the Act states: If on or after the coming into force of this Act, any person who is not a member of the institute practices or holds himself out to practice as a marketer for, or in expectation of reward or takes or uses any name, title, addition or description, implying that he is in practice as a marketer, he commits and offence.â€

In view of its determination to encourage such erring members to comply with the provision of the law, NIMN has created a window of opportunity for a special Fast Tracked Executive membership programme. This programme covers all categories of membership, including associate, full member and fellow.

Agenmonmen declared that interested professionals can register for the fast tracked programme through the instituteâ€™s online portal. He also added that those who may not be able to meet the requirement for the fast tracked executive membership will need to follow the examination route, adding that interested candidates have between 12 September to 31 December 2017 to undertake the programme.

The NIMN President noted that this development is in line with the institutionâ€™s preference for non-use of force in driving compliance. â€œOur approach to compliance is to avoid the use of force, except this is a very last resort. We are convinced that it is in the collective interest of all true marketing professionals and marketing organisations to support the effort to ensure that only true and qualified marketers, practice marketing,â€ Agenmonmen said.

At the expiration of the grace period, the NIMN President noted that a comprehensive register of marketing practitioners, including organisations that have registered and therefore are in compliance will be published. â€œPractitioners and organisations not in the register will be seen as unable or unwilling to comply with the provisions of the law and will be handled in accordance with the provisions of the Act accordingly.â€

â€œBy January 2018, it will be compulsory for all companies recruiting into their marketing departments to indicate membership of the National Institute of Marketing of Nigeria as a mandatory requirement in addition to other qualification for employment,â€ Agenmonmen said.
Still on the issue of membership, NIMN is also reaching out to about nine thousands members who have not been financially active, and whose membership of the institution have technically lapsed. This class of members, according to the institute has now been given up to December 2017 to regularise their membership by paying their accumulated subscription up to 2017. â€œIf they fail to do so, their names will not be in the register and the provision of the Act will also apply,â€ Agenmonmen said.

As part of effort to drive this process, a compliance committee has been set up to work with relevant arms of the institute nationwide and ensure effective communication of the instituteâ€™s compliance moves and seamless registration process. 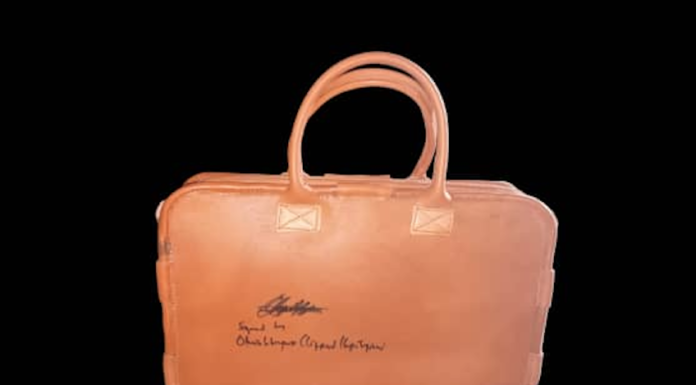