By Onyebuchi Ezigbo and Cynthia Ndukwu in Abuja

A new political party, the Freedom and Justice Movement (FJP) has advised Nigerian masses to reject the Peoples Democratic Party (PDP) and All Progressives Congress in the 2019 presidential election saying both parties have so far failed to meet peoplesâ€™ expectation.

FJP which said that it has fulfilled all the requirements for registration by the Independent National Electoral Commission (INEC) and has been issued a letter of recognition said it is out to forge a new merger far more greater and focused than that of the APC.

Chairman of FJP, Dr. Breakforth Onwunbuya, who addressed journalists in Abuja yesterday after a meeting of the party said the country needed urgent rescue, re-building, re-engineering and re-structuring, which only a credible and honest party can deliver to Nigerians.

â€œTherefore, the formation of freedom and justice movement is to mobilise all well-meaning Nigerians, including political parties apart from PDP and APC and other social democrats, professionals, the market women, traders, students, Okada riders, transport workers, local women at the grassroots and all registered voters for this great movement to rescue Nigeria from total collapse and imminent crises ahead, he said.

Onwunbuya said that FJP has gone into negotiations with 13 registered political parties with a view to forming a merger to contest the 2019 elections.

According to him, the move has become necessary in order to seek ways of rescuing the countryâ€™s ailing economy and political instability.

He said the economy is still in bad state despite declaration by the Federal Government that we have exited from recession.

The politician explained that the aim of FJP is to join forces with other parties and patriotic Nigerians to package a political merger that will take the country out of its present predicament.

â€œYou can agree with me that the future of this nation has been mortgaged which needed urgent rescue, re-building, re-engineering and re-structuring, today our future has been mortgaged to local and foreign debtors running to billion of US Dollars which may take us 20 years or more to repay.

â€œThe so called out of Â recession is on paper, and is more of political propaganda to deceive Nigerians ,it has no atom of effects on the lives of common man on the street even on the foodstuff, materials and services, â€œ he said.

Speaking on the state of affairs in the country, especially the performance of the President Buhari-led administration, Onwunbuya, said there has been little or no difference between the previous PDP administration and that of the APC.

â€œNigerians are in bondage, they are in tears deprived of justice. As citizens suffering in the means of abundance human and natural resources, our youths have gone into armed robbery, prostitution leaving the country in search of greener pastures where they are jailed, killed and treated as nobody.

â€œNigeria has lost his place as giant of Africa, Nigeria has lost her glory and greatness. But with this movement, Nigeria shall be great again. To this end, FJP has been formed to mobilise into a new brand political merger that will rescue and deliver Nigeria out of imminent collapse, â€œ he added.

â€œThis is a political pressure group working to rescue Nigeria. He said that FJP believes that without peace, there would be no 2019 elections adding that they intend to form a team that would reach out with various leaders in all zones to try to preach peace and unity in the land.

According to him, the leaders ofÂ  these parties have gone to present the matter to their organs and to come after securing approval to be part of the merger.

He also said that by the time the merger is fully consummated, Nigeria will witness a new political party that would be far more bigger and more acceptable that the APC.

If we leave APC the way things are going by 2019, people will run away from the country.

He also rejected the idea that the new party will beÂ  joining forces with the PDP or APC saying that it would consider only credible members from the two parties to join the movement. 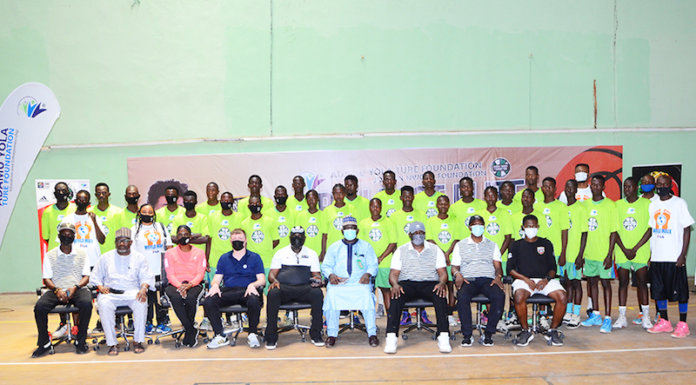