As part of efforts to enhance savings culture and increase financial inclusion, Fidelity Bank Plc has introduced another promo, through which the bank seeks to give out N110 million in cash to 200 customers.
This promo which is the 10th savings promoÂ in seven yearsÂ by the bank is slated to last for six months.

Announcing at this promo at the bank headquarters in LagosÂ on Friday, its Chief Executive Officer, Mr. Nnamdi Okonkwo, said promos by the bank in the past had attracted the unbanked and increased customers savings culture.
Representing the MD/CEO the Executive Director of Shared Services & ProductsÂ Â Mrs. Chijioke Ugochukwu, the bank CEO said: “This is the seventh promo the bank would be running in the past 10 years and this is a staple in Fidelity Bank. â€œIt also something we strive to do every year and this is by far the biggest promo the bank would be running.

â€œAnd for the first time in the history of the bank, we would be giving away one prize of N10million and several others prizes were 200 winners would emerge.”
He added: “We would be giving away a prize of 10 million amongst several other prizes and 200 winners would emerge.”
Also speaking on how a customer can qualify for the promo, the Promo Committee Chairman, Mr. Obaro Odeghe said: “To qualify, all you have to do is open a Fidelity Bank account, grow it up to N20, 000, and then you can qualify for the monthly draws.â€
â€œNow for the monthly draws, they are into two categories of people winning N1 million monthly of 58 winners.
“We would also be giving out N2 million to 12 lucky winners in the monthly draws making it N24 million in this category. For the bi-monthly draws, you can grow your account to a minimum of N50,000 and you qualify for the N3 million prize. And then the grand prize can be won if you maintain an average balance of N200,000 you can qualify for the grand prize of N10 million.”
Also, he said that new customers would instantly get gifts.

Also speaking at the event, the bankâ€™s Chief Operating Officer, Mr. Joshua Gbolahan said: “About four years ago we decided to ramp up our retail strategy. Since then, we have grown our customer base from 2.4 million customers to 3.8 million customers which is a 50 per cent growth and over 30 per cent of those customers growth are through digital banking.â€ 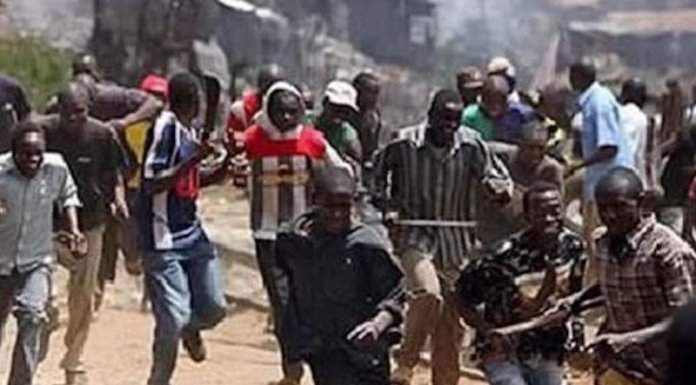