The recent deployment of the latest technology tools by the Nigeria Police for community policing, will no doubt stem the upsurge in criminal activities in the country, writesÂ Emma Okonji

The world is currently goingÂ through crisis almost like no other time in history. Unrests rule across several cities. Every corner not occupied by terrorist groups is populated by secessionist organisations. Every patch of earth not controlled by criminal lords is under the heavy thumb of gang lords.

Worried by heightened insecurity, which has also reared its ugly head in Nigeria, the Nigeria Police recently installed latest technology tools that will aid them in combating insurgencies and criminal activities in the country. The tools are designed to bring relief to the citizens, when fully launched.

In this age, the task of ensuring security is one that necessarily involves every citizen. However, the task of engaging the citizens in the effort to combat the rising incidence of crime must now extend beyond mere placing calls to 911,411, 112 or 767. Indeed, across the world, several countries today now rely on close circuit television (CCTV) camera to capture image of perpetrators or citizen journalist on mobile phones. For instance, the 911 hijackers in the United States, terrorists apprehended across Europe were identified not by 911 or 411 calls but by video captured by CCTV and increasingly by citizens on their mobile phones.

Nigeria, the largest economy in sub-Saharan Africa, unfortunately, has never successfully deployed CCTV in any part of the country. Every effort to deploy CCTV has been stalled by bureaucracy,Â unscrupulous contractors. AndÂ Â Â where installed, the CCTVs areÂ Â oftenÂ Â vandalised. Thus, Nigeria is unable to utilise this veritable tool for the security of lives and property.

The police undoubtedly need all the help it can get in its quest to fulfill its obligation to curb crime. Several suggestions have been proffered including deploying advanced policing technology, increasing the number of men and officers and providing improved package and better equipment.

Last week in FCT, Abuja, the Police announced the soft launch of Hawk Eye Crime Reporter, demonstrating the seriousness of the organisation to employ communities in the fight against insurgency and otherÂ Â crimes. The iPolice Hawk Eye Crime Reporter is widely regarded as one of the most advanced crime reporting and management system in the world today. It is an end to end revolutionary security application that may well be the new and advanced generation of the 911, 411 or our local 211 system.

Launching the Hawk Eye Crime Reporting System is one of the smartest things the Nigeria Police have done in a long time. The application combines todayâ€™s advance technologies, human behaviour and practices into a crime reporting system. A very effective way to engage citizen in the fight against insurgencyÂ Â and other violent crimes.

The Hawk Eye Crime Reporter for Citizen is a mobile app for users to report crime and it is downloadable free from Google and iTunes app store. It is a two-step reporting application, which allows citizens to select the type of crime they want to report,Â Â and the option to â€œCall for Help,â€ â€œRequest Immediate Responseâ€ by capturing video/image of the ongoing crime, or simply â€œFile Reportâ€ all on the mobile app. An important and critical feature that would help its success with citizens is that reporting is anonymous; the system does not capture the userâ€™s information, phone number or any other or detail.

Once citizens begin to adopt and use the application, solar powered command and control centers are manned 24/7 to receive reports and for dispatching. The Command Centre has map view and location of all patrol vehicles within two kilometers of the crime report received. The technology tool allows police to dispatch patrol teams efficiently and rapidly. Command and Control Centre dispatchers can view video or image of crimes reported by citizens and advise patrol teams appropriately.

According to Police authority,Â every patrol vehicle can now be equipped with mobile device terminal so that officers and patrol teams can receive dispatch and file crime reports from the field. Statement can be taken from suspects, complainants and witnesses. Officer can now capture photo of suspects, arrested criminal or collect photo evidence. The Nigeria Police Force can begin to compile a criminal database. Officers in the field can conduct facial recognition search (provided by Microsoft) of criminals and to apprehend wanted persons especially those running across states. Every crime reported and dispatched are now digitally visible along the chain of command all the way to Force Headquarters. The Police assured that Nigerians could actually begin to develop confidence that any arrest or apprehension is now monitored across the chain of command, making accountability possible within the force.

Interestingly, to ensure effective performance, the mobile device terminal, monitors power source and network strength of the device and alert command room to make sure officers are available at all times to respond to dispatched crimes.

If the objective is community policing, the Nigeria Police said it is set to truly empower citizens with the launch of the Hawk Eye Crime Reporter.

The system has an enterprise crime management tools such as global announcement that would allow police to communicate with the public in times of emergency or police action, sendinformation, images of wanted criminals, missing person or kidnapping suspects to the public for reporting.

A significant step that should be taken by Police at this point would be to integration the 112 emergency number currently provided by the Nigerian Communications Commission (NCC) into the Hawk Eye Crime Reporter â€œCall for Helpâ€ feature. It would harmonise the entire emergency response system for the country.

This is the logical next step in the effort to curb crime, and the Nigeria Police should give this integration priority.

Pleased with the latest technology devices installed by the Police for community policing, Nigerians have called for the integration of such devices to make them more effective.

Like in most other advance countries, it will remove the burden of the cost of making such calls from the shoulders of the citizens. This is because as currently constituted Hawk Eye Mobile app does offer voice calls with â€œCall for Helpâ€ feature, but it will be at a cost to users. The 211 is a toll-free call and when it is integrated with the Hawk Eye Crime Reporter mobile app, it will serve as a national emergency number, â€˜Call for Helpâ€™ on Hawk Eye Mobile app, which will become free to users.

The integration will result one of the most advanced Emergency Response System in the world.

A major accomplishment for Nigeria Police Force and the first time an African nation, will be to lead the rest of the world on innovative technology solution, of well implemented.

Clearly, whatever else may be said about the Nigeria Police, the deployment of Hawk Eye is a demonstration of the commitment of the Force under the Inspector General of Police (IGP), Ibrahim Idris, to work in partnership with the public to continue to improve the security situation across the country.

Pleased with the successful installation of the security gadgets, Idris said:Â Â â€œThis will help us fight kidnapping incidents that are happening across the country, when notified we can quickly close off escape routes to kidnappers when reports are received from citizens.â€

The complete solution, which includes free app for citizens, solar powered command centres and mobile device terminal, were donated to the Police by Lagos based technology firm, Web Assets Nigeria Limited, in partnership with US based tech firms, BBGN&K andÂ Â Microsoft, which provided the facial recognition technology to Web Assets.

Web Asset will be deploying the Hawk Eye Crime Reporter, the iPolice tablets with solar powered command and control centers to Nigeria Police State Command in all 36 states and the FCT.

Having done the soft launch of the installed technology devices for community policing, the Nigeria Police has called on Nigerians to take advantage of the devices, especially the app, to provide the necessary support that will enhance effective policing in the country.

According to Police IGP, unless citizens support police efforts and give it a chance, crime would continue to invade the quality of life of communities across the nation.

“The strongest feature is that it engages citizens at an intimate level and empowers them to collaborate with the police. This is precisely what is required to counter insurgencies and criminal activities in this digital age,” IGP said.

The Hawk Eye mobile phone app is available for free download on Google App and IOS stores. It is also available in English and Native languages like Hausa, Igbo, Yoruba and Pidgin English. 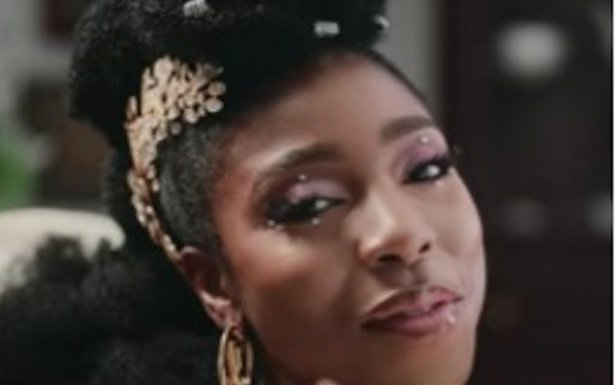