The Federal Government has said it is awaiting approval of the National Assembly to settle its liabilities to fuel marketers for subsidy claims.

Minister of Finance, Mrs. Kemi Adeosun, told THISDAY saturday that the Federal Executive Council had approved the Promissory Notes proposed to settle the subsidy arrears and other liabilities inherited from the previous administration, but required National Assembly’s approval of the decision, when it resumes from recess, before the claims could be settled.

The National Assembly is billed to resume on September 19.

The minister had disclosed mid July that FEC had approved the validation of promissory notes and a debt issuance programme for payment to Federal Government contractors, its employees and state governments valued at N2.7 trillion, a breakdown of which include a discounted N1.93 trillion owed contractors and suppliers as well as N740 billion outstanding pensions and promotional salary arrears reconciled by a committee set up by the Ministry of Finance.

But oil marketers had recently raised the alarm about impending crisis in the downstream oil sector following the unpaid arrears and threatened to downsize their workforce.

â€œBasically all this was inherited from previous administration. We have proposed Promissory Notes to pay, as part of clearing inherited liabilities of over N2trillion. This was approved by FEC and now awaits the National Assembly approval when they resume,â€ the minister stated.

Adeosun pointed out that, when the payments are approved, some marketers that owed taxes and were indebted to the Asset Management Corporation of Nigeria (AMCON) would fulfill such obligations before collecting their dues as part of the agreement they had with the government.

Lamenting that the subsidy deal sealed by the erstwhile administration was â€œnot fair to government,â€ Adeosun pointed out that, they agreed with the banks to â€œcharge interest at 26 per cent plus exchange rate differentials so it is a moving target â€¦every day the bill gets bigger.â€

â€œIt was not drafted in the national interest. It was one sided in favour of the marketers. If I owe you dollars, why charge naira interest? If you borrowed dollars, charge dollar interest which is from 10 -12 per cent and not naira interest at 26 per cent,â€ she added.

About 15 months after Nigeria successfully exited the fuel subsidy regime, characterised by corruption and persistent fuel crisis, non-payment of the subsidy monies, which the marketers incurred between 2014 and 2016, has posed a fresh threat to the stability in the supply of petroleum products in the country.

The federal government on May 11, 2016 effectively ended the inefficient, ineffective and corruption-ridden fuel subsidy regime, when it adjusted the price of petrol upward, from N86.50 per litre to N145 per litre, to reflect the market dynamics, especially the volatility in exchange rate. In the circular with reference number A.4/9/017/C.2/IV/690, dated May 11, 2016, and signed by the then acting Executive Secretary of the Petroleum Products Pricing Regulatory Agency, Mrs. S.E. Iyoyo, the federal government directed the marketers of petroleum products to sell petrol within the retail price band of N135 to N145 per litre.

The marketers have repeatedly warned that unless the claims were paid, the consequences could kill not only their businesses but also worsen the liquidity crisis in the banking sector with the attendant unsavoury implications for fuel supply nationwide.

The oil marketing firms have also resolved to embark on mass retrenchment of their personnel, following the federal governmentâ€™s failure to meet its outstanding subsidy obligations to the firms.

In a joint communiquÃ© issued at the end of the meeting, the marketers said they had resolved to downsize their workforce unless the government urgently paid the accumulated debt to save their businesses from collapse. The communiquÃ© signed by their legal adviser, Mr. Patrick Etim, stated that the marketers were indebted to Nigerian banks to the tune of over $2 billion, which was incurred on the importation of petroleum products.

The communiquÃ© had noted that the federal governmentâ€™s violation of the agreement reached with marketers on the payment schedule had also put the operations of many commercial banks that provided the funds in jeopardy.

The statement said, â€œThe hope that the outstanding debt owed marketers will be paid resulting from the intervention of the vice-president, Professor Yemi Osinbajo, appears to be dashed, as the payment that was promised to take effect in July 2017 is yet to materialise.

â€œThis is devastating to marketers, as we are being dragged daily by banks for debts owed and are under threat of putting our tank farms under receivership.

â€œIt was expected that the various meetings held between very senior government officials and the leadership of the oil dealers to resolve the issue of the outstanding debt owed oil marketers will yield the desired result, as the figures were fully reconciled and there was a commitment from government to pay by the end of July 2017.â€ 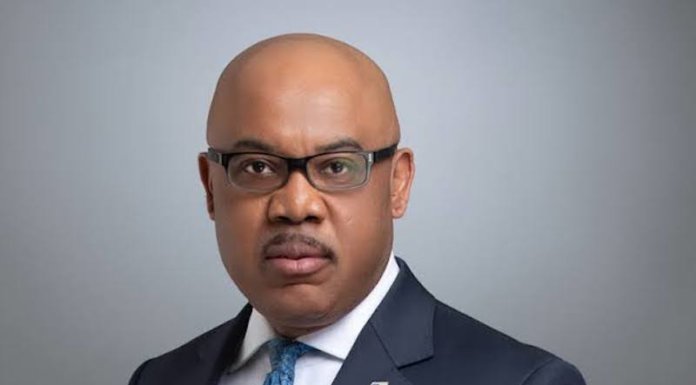