Ikenna Ifedobi writes that the recent fire incident at the Linc Oil and Gas Tank Farm, in the Calabar Export Processing zone is a precursor to the monumental devastation that awaits Nigeria, especially in Apapa, should the government fail to take urgent steps to forestall the situation

It was Benjamin Franklin, a founding father of America that once said, â€œBy failing to prepare, you are preparing to failâ€. According to Murphyâ€™s Law, â€œanything that may go wrong willâ€. Therefore it is wise to be prepared for the potential mishaps consistent with any human activity. Even ants gather food ahead of time for the winter season. In the case of the Nigerian oil industry and the present anomalies, one can perceive the effects of decades of neglect culminating into what may become a string of preventable catastrophes.

Not too long ago, there was a massive explosion and fire at the Linc Oil and Gas Tank Farm, located in the Calabar Export Processing zone. Many lives were lost. The actual cause of the explosion is unknown but news media reported that it may have been from an overflow and spill, or illegal bunkering while the product was being transferred from the ship into the tank facility. Regardless, such mishaps are preventable and should not happen in a country that has standards and industrial ethics.

This explosion is just a precursor to the monumental devastation that awaits Nigeria, especially in Apapa. As I had earlier warned in the articles titled â€œApapa tank farm: Nigeriaâ€™s hidden dangerâ€ and Apapa tank farmâ€¦: a disaster in the makingâ€; both obtainable online, the reality of tank farm mishaps especially in Apapa is a matter of when and not if. You have a massive tank complex of about 200 tanks that holds a major percentage of the fuel for the entire nation. All the industries are dependent on this fuel, and in fact the entire economy needs this fuel to function. The facility just like others has no jurisdictional standard and oversight to ensure that certain leak detection equipment is installed. There is no third party audit system; the inspection history and mechanical integrity of the tanks are highly questionable, the firefighting equipment is almost nonexistent, the entire area including the bridges are lined up with heavy duty petroleum tankers, all carrying highly explosive products, and the Apapa area is responsible for over 80 percent of import and export business. In the articles I gave a detailed scenario of explosions in other (smaller) facilities in the world. PMS or Petrol is one of the most explosive substances known to man, a leaking valve or compromised pipe can spell doom not just for the entire Lagos state, but for the entire country, plunging it into a long age of darkness. Once again, this is still preventable.

In the case of the recent Calabar explosion, just a few things could have been done to prevent the situation and save lives and property. Regardless of whether the leak was from bunkering or not, a leak detection system consisting of automated wireless probes would immediately alert the authorities of the location, nature and extent of the leak. Auto shut-off systems would instantly be initiated to stop further leakage, and industrial sprinklers strategically placed would neutralize the leaking product. The entire response would be immediate and sequential. The crux of the matter however is that there appears to be no jurisdictional standard governing the activities of these facilities. The safety equipment herein mentioned should be standard for anyone running such a business, mainly because of the volatility and danger of the substances involved, and how it can affect other non-related parts of the socio-economy. The ripple effect should mandate the government to ensure that these safety equipment and other safety measures like periodic 3rd party inspections according to API recommendations are the minimum acceptable standard. The Calabar explosion showed that even the slightest mistake can result in unimaginable catastrophe. Tank farms should be looked at as sitting bombs, thus when one tank goes, the remaining will most likely explode too.

Nigerians must ask themselves why even today with all the affordable high tech safety equipment available, does the government not institute minimum safety standards in the tank farm sector? Why are there no audits and mechanical integrity 3rd party inspectors to make sure that the government jurisdiction is not being violated? And if so where are the reports? Why in the face of such a disastrous time bomb like the Apapa tank farm has the government not taken the right steps to manage this sector properly and see to it that a preventable situation will not amount to a national catastrophe? Is this not the same as the proverbial â€˜playing with fireâ€™? Why are the authorities playing with a fire that will send the entire economy into a dark age once ignited?

Bear in mind that Nigeria is the foundation of the West African regional economy. Any negative economic shocks from preventable disasters will not only be highly regrettable, but will pull the other sub economies in West Africa into a massive economic sinkhole. Nigeria and its associated aggregate demand indices props up most of the regional sub economies. Therefore a Nigerian disaster would also be an entire West African disaster.

Given that Nigeria cannot seem to refine its own crude oil into fuels, the least it could do is safeguard the imported product very well, and in this regard the government and associated agencies are responsible for refereeing the entire process. Nigerians must be made to understand what kind of monumental danger they face with the Apapa complex, given the lax nature of the activities therein. The oil minister must immediately begin to take steps to address and prevent this waterloo.

Engineering safeguards, administrative measures, security, jurisdictional standards, 3rd party inspections, archiving and documentation, and the total reform of the tank farm business are all on the table and demand expeditious attention. The latest mishap in Calabar is just a warning and the tip of the iceberg. A stitch in time saves nine. The proper experts must be consulted and a concrete and concise plan mapped out to safeguard the golden goose of the Nigerian economy. With all the socio-political upheavals the country is facing, willful sabotage cannot be overlooked and the quicker the government moves in to establish the proper environment for the tank farm sector, the safer the entire country and West African region would be. The time to act is now.

– Ifedobi is a consultant of the American Petroleum Institute (API) and an economist based in America. Email: ikennaifedobi@gmail.com 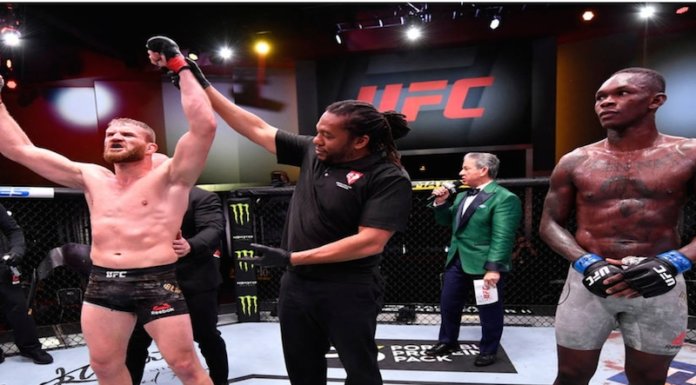