Shola Oyeyipo deconstructs Tony Nwoye, the man who defeated Andy Ubah and others to win the All Progressives Congress’ ticket for the Anambra â€Žgubernatorial election

Before the primary, many had given it to Andy Uba, a household name in Anambra politics. Not many expected that the election, held last Saturday, would throw up a member of the Federal House of Representatives representing Anambra East/West federal constituency, Mr. Tony Okechukwu Nwoye. But against all odds, he won the primary.

Though not an underdog in Anambra State politics but not many people thought the medical doctor-turned politician stood a better chance against Uba, the senator representing Anambra South Senatorial District.

For most bookmakers, Uba was favoured to carry the day but the table turned when party delegates opted to vote for the 43 year old Nwoye instead.

He defeated eleven other aspirants to become the APC flag bearer. He polled 2,146 votes out of the 4, 333 votes cast by the over 5, 400 delegates with Uba polling a distance 931 votes. Some other aspirants with considerable vote figures were; George Muoghalu, 525 votes; Barth Nwibe, 414 votes and Paul Chukwuma 110 votes.

In explaining the factors behind the result, it is important to first underscore the fact that there had been calls for fairness and equity from the people of the northern senatorial district who maintained the claim that the three senatorial districts should share the governorship position on rotational basis, considering that their zone never produced a governor before the incumbent Governor Willie Obiano.

Therefore, with his victory at the party primary, the election is likely to become a two-horse race between the APC candidate and Governor Obiano who is also the All Progressives Grand Alliance (APGA) candidate and both of them hail from Anambra North senatorial zone. Don’t forget that the Peoples Democratic Party has been working behind the scene to put its house in order in Anambra. No one should rule out a party that was once in control in Anambra.

Fact is, stakeholders in the state, including groups such as Anambra Union, Ohanaeze Ndigbo, Anambra State Association of Town Unions (ASATU), Anambra Political Stakeholders Forum (APSF), Anambra State Traditional Rulers Council, Anambra Traders Association and many others, had arrived at the conclusion that since former governor, Peter Obi from Anambra Central, ruled for eight years and Senator Chris Ngige from the same zone also having another stint at power for another three years, it was best that power is retained in Anambra north.

Aside the zoning factor which was principal to his electoral success at the party level, there were power plays, money and other consideration that were particularly made possible with the support of billionaire business mogul, Arthur Eze who has been Nwoyeâ€™s political godfather, reason why some people are contending that the two men already had a pact on a power sharing formula.

Barring any unforeseen circumstance, the stage is set for Obiano and Nwoye to slug it out in what will pass as a rematch of the 2013 election where Obiano defeated Nwoye, who then was the Peoples Democratic Party’s (PDP) flag bearer.

In order to ensure that all the aspirants work for the success of the party, the Chairman of Anambra State Gubernatorial Election Planning and Strategy Committee, Dr Jim Nwobodo issued a statement asking those who lost the primary to support Nwoye and the party.

He said: “I congratulate Dr. Nwoye for the overwhelming mandate. This is a victory for the APC and all the aspirants for the peaceful manner they conducted themselves at the primary.

“I wish to use this opportunity to remind all the aspirants of their commitment to support whoever emerges as the party flagbearer. And appeal to you to join Dr. Tony Nwoye and form a formidable campaign team that would secure victory for our party, the APC, in the forthcoming November, 2017, Governorship Election.”

No doubt, the incumbent governor, Obiano is standing against a formidable opponent in the APC candidate who is renowned in the state as a remarkable grassroots politician, a philanthropist of note and a mobiliser of repute. Born to the family of Chief and Mrs. Lawrence Nwoye of Offianta Nsugbe on September 13 , 1974, Nwoye studied Medicine at the University of Nigeria, College of Medicine and furthered his studies at the Ebonyi State University.

His political career started during his university days as medical student. He was actively involved in student union activities where he held various leadership positions. He was the first medical student to become the Speaker of the Student Union Government’s House of Representatives in the University of Nigeria. It is also on record that he was a staunch student union activist while he was in the campus. He received an award from the then Vice Chancellor, Prof Ginigeme Mbanefo, for the roles he played in fighting cultism in the school.

Nwoye subsequently became the National President, National Association of Nigerian Students (NANS) in December 2003. He was the first and only Igbo student to have attained that height.

He was a member, Presidential Committee against Illegal Arm and Violent Crimes in 2004; member, National Political Reform Conference (Constitutional Conference) in 2005 and leader of the Nigerian delegation to the World Youth Summit in Venezuela in 2005. He is a household name among youths because he has led many struggles in pursuit of students and youths welfare.

In 2010 he contested and won the Anambra East/West federal constituency House of Representatives seat but his certificate of return was issued to someone who never contested the election but a judgement delivered by Justice Nayai Aganaba of the Legislative Election Petition Tribunal for Anambra eventually pronounced Nwoye as the duly elected candidate for the House of Representatives for Anambra East and West constituency.

Nwoye had approached the tribunal asking it to set aside the election of the APGA candidate because the elections had been rigged in several polling units in his strongholds at Nsugbe Ward I and ll in Anambra East Local Government Area. The tribunal declared him winner by awarding him 3, 003 votes from Nsugbe â€˜Ward lâ€™ that was initially denied him during the April 11, 2015 National and State Assemblies elections in Nigeria.

Though a strong contender in the race, Nwoye and his party have to deal with the general negative perception among the people, particularly the ruling APGA that APC is not an Igbo party, and of course he has been trying to convince the Anambra people that he has a lot to offer.

According to him, â€œWe will tell our people that it is about the individual. Let them stop using APGA. They have used APGA enough to rob Igbo. If APGA is truly an Igbo party, why is it that up till now, it is only in Anambra State? Why is it that in the House of Representatives there are only two APGA members and out of 109 senators, none is an APGA senator? Why is it that since the time of Ojukwu who is the symbol of APGA, they could not win one single state outside Anambra? They have been using it to hold our people down; to siphon our money and we must stop it.â€

Among several other promises, he vowed to give utmost attention, Nwoye is promising to create jobs as a way to combat crime and you restiveness. He said â€œWe will fight crimes with jobs, not with guns and matchets.â€

Before the primary, many had given it to Andy Uba, a household name in Anambra politics.

In order to ensure that all the aspirants work for the success of the party, the Chairman of Anambra State Gubernatorial Election Planning and Strategy Committee, Dr Jim Nwobodo asked those who lost the primary to support Nwoye and the party. 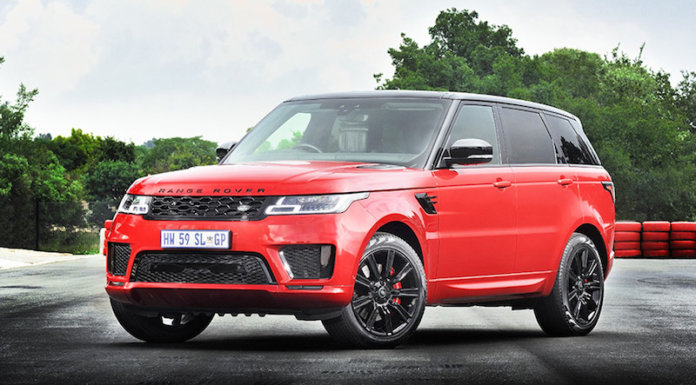