The Director General of the Nigeria Tourism Development Corporation (NTDC), Mr Folorunsho Folarin-Coker, has stressed the need for a businesslike approach to the development of tourism in Nigeria.

Speaking Tuesday at the Jumia Hospitality and Tourism Conference 2017 held in Lagos, Coker appealed to stakeholders to perceive tourism through the lens of business, rather than the prism of arts and culture.

â€œTourism is the business of transportation and hospitality that consumes those things that culture throws up.â€
Coker â€“ who was keynote speaker at the conference – addressed an audience that included many players in the tourism industry, especially budding entrepreneurs using new media as a marketing tool to drive tourist activity within Nigeria.

Continuing he reaffirmed NTDCâ€™s focus on domestic tourism. â€œIâ€™m honestly not looking at the millions of dollar-earning foreigners to charge into Nigeria and spend the same kind of money they spend in Rio or Ibiza. The only way we are going to grow that international market is if we have a strong domestic market.

â€œIn America in winter, they move from New York to Miami. In the UK, they move from London to Brighton. Those domestic industries are shock resistant because itâ€™s dependent on the people there.â€

In his opinion, domestic tourism is also the only sustainable form of tourism because even when cases of terrorism occur â€“ like it has in some of the leading global destinations – the people donâ€™t leave because itâ€™s home for them.

Coker continued, â€œNigeria has immense power with a population of close to 200 million with 76 per cent mobile penetration. You have three billion impressions a day, people who spend three hours daily on their mobile decives. That is soft power. Some of you using social media to drive your businesses, that is the power you are unleashing.â€

Listing the countryâ€™s selling points he said, â€œWe have music which pretty much dominates Africa and is heard all over the world. We have film; Nollowood is number two in the world, at least by numbers. And you canâ€™t tell me you donâ€™t see the influence of Nigeriaâ€™s fashion…

â€œWhen you take the music, the film, the fashion; this is lifestyle. Lifestyle is simply our new mediums of cultural expression. So instead of the Atilogu dancers, you can have Wizkid and Davido.â€

Coker shared his vision of stimulating the industry. â€œWe can subscribe â€“ in our domestic focus â€“ to a digitally-driven, entertainment-fueled tourism agenda,â€ he said.

He explained that the bedrock of tourism is not the big footprint of foreign brands but rather, the many cottage industries manned by passionate indigenes. â€œThat is what allows tourism be the largest employer of labour in the world, even over the oil industry.â€
Speaking further he said; â€œWeâ€™ve created the Tour Nigeria brand, for us to focus and create an emotional connection to Nigeria our country, and look at what we have and how we can better consume it.

Using the example of the One Lagos Fiesta he birthed as Commissioner for Tourism in Lagos State, he proffered that if this can be replicated in different locations across the country, there can be a January to December tourism calender.

The DG NTDC also let the audience in on its action plan to move the Nigerian tourism industry forward via the CHIEF acronym. â€œCHIEF is something majority of Nigerians can identify with. CHIEF represents Corporate Governance & Regulations; Human Capital Development; Infrastructural Development; Events and Marketing; and Finance & Investment.

â€œI would also like to look at the financing and the titles of some of our traditional destination.â€

Like real estate, he suggested that these titles could be used to raise funds for the sitesâ€™ development. Clusters also need to be developed around these sites to stimulate productivity and commerce, generating revenue in the process.

Coker also spoke on the current senate hearing on the amendment of the NTDSC act. â€œLooking at the regulatory framework, the NTDC was set up in 1992. Looking at 1992 and today, so much has changed. Before, everything was advertised in the newspaper, now itâ€™s online. How much was a dollar in 1992, how much is a dollar today What is the demand for tourism today? What is our population? So many things have changed. But the legal framework that governs the tourism industry is still from 1992.â€

He continued that the present senate has, thankfully, looked into this issue and hopefully, new laws would be passed to help vitalise and reinvigorate the tourism industry in Nigeria.

After Cokerâ€™s speech which was received with rapturous applause, there were two panels to discuss, analyse and shed more light on burning issues related to the tourism industry in an evolving global economy. 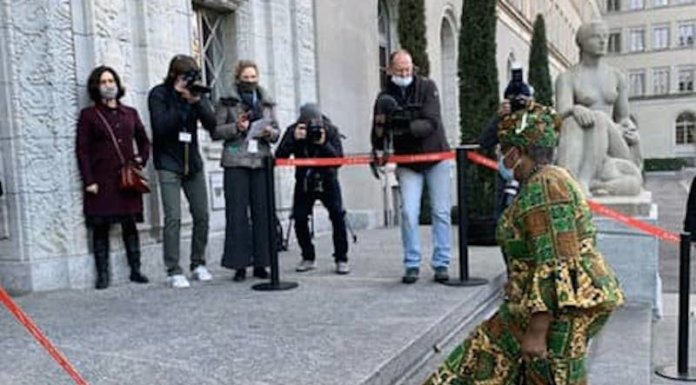