From the steps he has taken since he emerged governor of Kogi State, there are no signs that Yahaya Bello would be better than his predecessors. Davidson Iriekpen writes

The Governor of Kogi State, Yahaya Bello, was in the news last week for the wrong reasons. He had declared the penultimate Monday as a public holiday and thanksgiving day to honour President Muhammadu Buhariâ€™s return to the country after 103 days in London on medical vacation. A statement by his Chief Press Secretary, Mr. Kingsley Fanwo, stated that the gesture was in line with the support of the Kogi people for Mr. President.

â€œThe holiday is to enable the people of Kogi State celebrate the grace of God for bringing Mr. President back alive. It also afforded the people of the state the opportunity to pray and fast for the progress of Nigeria and for Mr. President to keep waxing stronger for the task ahead.

“We urge Kogites to also use the occasion of the public holiday to pray for Mr. President as he resumes his responsibilities of repositioning Nigeria. President is adored around the world for his vision and commitment to the greatness of Nigeria. Nigeria was almost a globally blacklisted state due to institutionalised corruption until the advent of the man who world leaders respect as the antidote for corruption came on the stage to reverse the trend. Mr. Integrity is the singular reason the world is having hope in a prosperous Nigeria.

“Let me thank Nigerians for standing firmly with the man who has restored their hopes. Nigerians prayed fervently for the recovery of Mr. President and their prayers have been answered. With the return of Mr. President, we are reassured that good governance will continue to be the lot of our nation,â€ he declared

Many Nigerians were disappointed with the action of the governor. Others were irritated because the declaration came at the same time a mysterious disease had killed over 60 persons in Koloke, Okuna, Isanlu-Isa and adjourning Hausa-Fulani communities, all in Yagba-West Local Government Area of the state. Many analysts believe that in a country where things are done properly, losing 60 people to a strange disease ordinarily is enough to give any government nightmare and serious cause to worry. But this is not the case. Rather than declare a state of emergency in the state, the governor preferred public holiday for banal and frivolous activity. That Buhariâ€™s home state, Kastina, did not declare a public holiday to celebrate the presidentâ€™s return from London is particularly more annoying to people in Kogi State.

Since he assumed office as governor of the state, Bello has been facing scathing criticisms from the elders and political parties on the way he is running the affairs of the state. Many analysts believe that if the state was mismanaged mb successive administrations, there are no signs anywhere to show that the Bello administration would be any better.

Not only are the infrastructure in the state still in very poor condition, civil servants are daily groaning due to several months of unpaid salaries. Pensioners are left out of the mystery as they are daily suffering and dying, following the non-payment of their pensions.

Also, tertiary institutions, including the state polytechnic, college of education and university have at different times, been under lock and key following the strike embarked on by the lecturers. Medical doctors and other health personnel in the state have also embarked on strikes due to the governorâ€™s refusal to pay them their salaries and pensions. All these are in spite of the fact that the governor has collected over N20 billion from the federal government as bail out fund and N11billion from the Paris Club refunds.

To many analysts, the fact that Bello is the youngest governor in the country and life in the state is not any better especially is sad. They feel that he is a bad example of youth in leadership position. His performance also calls to question the readiness of the youth to take up the challenge of governance.

First to descend on the governor was the opposition Peoples Democratic Party (PDP) in the state which described the public holiday as aberration and a misplaced priority. The party in a statement signed by Achadu Dickson, Director Research and Documentation, lamented that while it was an acknowledged fact that governance in the state had drifted in the last 17 months, declaring a public holiday in the state was the height of lack and loss of ideas.

Achadu, said while governance in the state had been brought to its lowest ebb, with workers owed salaries and pensions for as much as 17 months, the heavy indebtedness by the state to commercial banks to the tune of N35billion, with nothing to show in terms of infrastructure, leaves much to be desired by the declaration of a public holiday.

While noting that as a party, it shared in the joy of the health recovery of Mr. President, and had always joined in the prayers for his quick recovery, the loss of man-hour with the declaration of a public holiday was an indication that the state had reached the lowest ebb in terms of governance.

The statement said: â€œThe recent government action shows that we have entered a one chance administrationâ€, in which the ship of state is heading in no direction. The PDP in the statement said rather than devote energy to pray for Mr. President, citizens should pray for God to heal Kogi State, noting that the state had lost focus, and is losing the decency of comity of serious states in the country.

Also, the senator representing Kogi West Senatorial District in the National Assembly, Dino Melaye, described the governorâ€™s decision to declare a holiday as hypocritical. The senator who condemned the act in a social media platform â€˜positive thinker,â€™ expressed worries on the way the state is being governed by the present administration. He noted that the latest action further confirmed Belloâ€™s gross incompetence and incapability to lead his people.

According to him, â€œPresident Buhari must be disgusted with the juvenile and boot licking attitude of the butter head governor of Kogi State. Kastina State the home state of our beloved president has not declared public holiday, why then is Bello taking panadol for another manâ€™s headache. We love our president in Kogi State no doubt.

Also, Senator Tunde Ogbeha has reflected on governance in the state, saying that Bello has destroyed the state. He lamented the lack of infrastructural development, non-payment of workersâ€™ salaries and general insensitivity of public welfare by the governor, stressing that the administration has inflicted much pains on the people.

Ogbeha, retired Brigadier-General and former governor of Edo and Akwa Ibom States, spoke on the style of the governor and the controversy surrounding his tenure. He also spoke on the future of the PDP, both in Kogi and at the national level.

The PDP elder predicted that the party would bounce back to power in Kogi because the people have rejected the governor and his poor performance. He said the opposition party could also reclaim power at the centre, if party leaders jettison the culture of imposition and impunity.

He described the APC-led administration in Kogi as a disaster, adding: â€œThough we are not campaigning, the present APC administration is campaigning on our behalf. Its performance is a disaster. It is a story of woes. They are just begging us to come to their rescue. There is a very high hope that the PDP will bounce back in Kogi. The governor has not been paying the salaries of workers. There is lack of infrastructural development. The governor lacks human compassion. Many people are dying as a result of the action and inaction of the present government in Kogi State.â€

On his part, former President of the Nigerian Medical Association (NMA), Dr. Omede Idris, in an address tagged: Crisis on Multiple Fronts: Igala Language, Culture and Leadership in the 21st Century, he delivered at the annual conference of Igala Association, United States of America, USA chapter early this month, said Bello had not demonstrated good governance since assumption of office as chief executive of Kogi State on 27, January, 2016. Idris, who was the state commissioner for health under the immediate past administration of Idris Wada said instead, the Bello administration had meted out pains and suffering on the state workforce, pensioners and the political group of his party, All Progressives Congress (APC), the opposition PDP and the citizenry in general.

Idris who noted that the ascension of Bello to office led to â€œaccidental or unplanned power shiftâ€ in the state also accused the governor of undue interference in the affairs of Kogi. State’s House of Assembly. He also accused the governor of sectionalism, with claims that he has turned the majority Igala population to minority in the state through appointments lopsided in favour of Kogi central senatorial district.

Many analysts believe that in a country where things are done properly, losing 60 people to a strange disease ordinarily is enough to give any government nightmare and serious cause to worry. 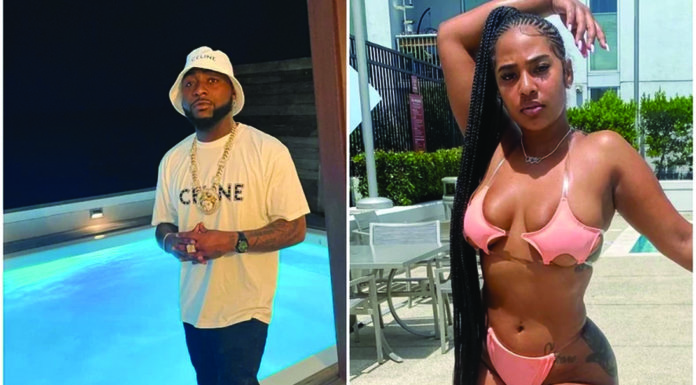 Security: Governor Ezebunwo Nyesom Wike Should be a Good Shepherd

IWD: Mummy and I List’s Sandra Odige among 50, 2021 Most Influential Women in Nigeria