The Peoples Democratic Party (PDP) has elected a diplomat and former Secretary to the Anambra State Government (SSG), Mr. , as its candidate for the Anambra State governorship election which comes up in November.
Obaze was declared elected by the Chairman of the Election Committee, Governor Dave Umahi of Ebonyi State.

He said: â€œBy the powers conferred on me, I hereby declare Oseloka Obaze, having scored the highest vote as the candidate of the PDP for the Anambra governorship election.â€
He polled 672 votes to beat the duo of Dr. Alex Obiogbolu and Mr. Ifeanyi Ubah who scored 190 and 94 votes respectively. Two votes were declared invalid.

Of the seven aspirants running on the partyâ€™s platform, four had pulled out of the race.
While Prof Ufodike announced his withdrawal without giving a reason, but pledged to support any of the aspirants that emerged, Prince John Emeka, a former minister, had hours before the election withdrawn from the race, citing alterations in the delegatesâ€™ list of the party as reason for his action.

Two women who were also in the race, Stella Oduah, a serving senator and former Minister of Aviation, and Hon. Linda Ikpeazu, a serving member of the House of Representatives, were also said to have backed down for undisclosed reasons.

Obazeâ€™s election came after over two weeks of high power politicking, characterised by intrigues among major politicians in the state, including former governor of the state, Mr. Peter Obi, who was believed to have an anointed aspirant among the seven contesting for the ticket of the party.
Obaze served as the ninth SSG of Anambra State from 2012 to 2015 under the duo of Obi and incumbent governor, Willie Obiano.

A former Nigerian Foreign Service Officer and United Nations official, Obaze is a diplomat, strategic policy adviser, policy analyst, writer, public speaker and seasoned administrator.
He will be contesting the election against his former boss, Obiano, and the candidate of the All Progressives Congress, Tony Nwoye, among others.

However, yesterdayâ€™s exercise did not end without crisis as Ubah protested the use of a â€œfakeâ€ delegatesâ€™ list for the election.
Ubah, who rejected the outcome of the result announced by Umahi, stormed the podium, seized the microphone and announced that the list was doctored.

He said he had gone to court to challenge the validity of the delegatesâ€™ list, adding that he would challenge the process and ensure that the illegality perpetuated against him does not stand.
Ubah however, thanked Umahi and security agents for the peaceful conduct of the election. 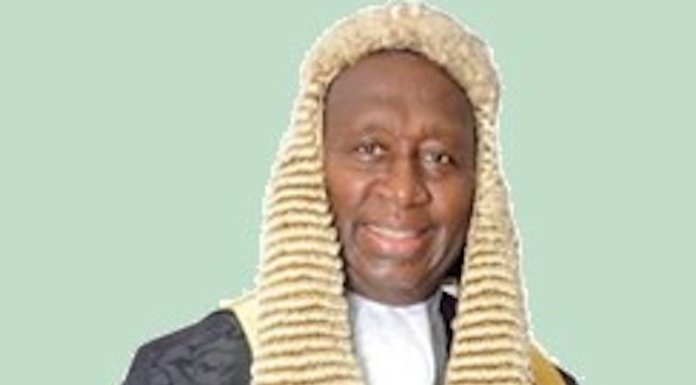