National Chairman of the All Progressives Congress, Chief John Odigie-Oyegun, while featuring on ARISE TV, the broadcast arm of THISDAY Newspaper, after the national broadcast by President Muhammadu Buhari, shed more light on the implications of the Presidentâ€™s speech with regards to national unity, restructuring, agitations, insecurity and the presidentâ€™s ill-health vis-a-vis his capability to withstand the rigour of the office, arguing that the President could work from anywhere, including his bed room. Paul Obi, who monitored the interview, presents the excerpts

The President said the National Assembly and the National Council of State are the legitimate bodies to address key national discourse. The question is, does this foreclose any form of National Conference as being canvassed in certain quarters?
I have not heard about any call for a National Conference at this stage. All I have heard them say is that, we should go back to the conference that was held by the President Goodluck Jonathan tenure. But what I think the President is saying quite clear, yes, the media is talking and the rest, if there are concrete issues, proposals, we the people of this country have elected representatives in the Senate, in the House of Representatives, that come from every nook and cranny of this nation. Why canâ€™t they? Why can that be a platform â€“ a major platform, where these issues can be canvassed, discussed, legislations proposed and we move on. Perfect one!

Letâ€™s take a look at this: the president showed that he was abreast of development in the country; he said the unity of Nigeria was settled and not negotiable. What particularly are the effects this is expected to have on the on-going discussions?
Well, it draws a red line, quite certain. A lot of the agitations have been really out of bounds, no question about that. Some of the things that have been said in the South-east by this young fellow, who seemed to have seized leadership from their elders, are hate-induced, meant to antagonise other Nigerians.

They draw maps that take over territories, that they know nothing about, historically and otherwise. So, it is only necessary, for a president, a president of a united Nigeria cannot say anything else, and the constitution doesnâ€™t even provide for that possibility of dismemberment. We elected him to preserve and maintain and defend the constitution of this nation. All he is saying, I swore to defend a united Nigeria. So, please, whatever you are discussing, please donâ€™t go there.

You heard the President say some of these were steps taken too far. Does it suggest that, perhaps, the time is now for sanctions?
What it suggests is just passing a note of caution. I want to put it stronger, a warning, that this kind of discourse that does not know any bounds of decency, that is incendiary, that is meant to set people against people in the Federal Republic, cannot be tolerated. Anybody who has ears to hear will then hold back, no problem. But if you persist, of course, in doing things that threaten the basic existence of the nation, destabilise the nation, create conditions for fracture of enormous proportion, then, it is his sworn responsibility, first to caution, which he has done. And of course, those that fall on deaf ears, he has a responsibility to defend.

Some have taken exception to the president calling some agitators irresponsible, believing that this was actually too hard, isnâ€™t it going to create further anger and heat up the polity?
Frankly, sometimes, I even think he chose a mild word, because some of these comments, some of these discussions, have gone beyond what can be accepted, have gone beyond any responsible sense. Itâ€™s as if people donâ€™t care about the cost, the likely repercussions of what they are saying, what they are doing and what they are planning. Quite frankly, for those who have been through one war, like one of these commentators said, for those who have been actually through one war, you will not wish another war on yourself.

Reacting to the President dropping some of these issues at the doorsteps of National Assembly and National Council of State, how then can those who are not members of these two bodies participate in discussions about their aspirations, or particularly, that this may not represent the true colour of the country?

Listen to Mr. President, the beauty of a federation, every group has grievances, he said that. The beauty of a federation is that it allows various groups to discuss issues, and work out the basics for mutual co-existence. Further, eventually what he has said, you have your representatives. Like I said, they come from every nook and cranny of this nation. If you donâ€™t trust them, if you donâ€™t want them to discuss the issues, why did you elect them? Why did we bother to create a National Assembly? They are there representing their constituencies. They are there representing the people of this country.

They are there to put forward the views, the fears, the perceptions, the hopes, the aspirations of the people they represent. Like I said, they are from all the nooks and crannies of this country; I donâ€™t think you can improve on what the President has said, quite frankly. You have the Federal Republic â€“ it is a beautiful place for exchanging ideas as to how we can make our co-existence a little more sensible. At the end of the day, you have your representatives in the National Assembly. I donâ€™t know what they want.

Letâ€™s talk security. The president appeared to have indicted the security forces, saying there would be reinvigoration?
I donâ€™t know if itâ€™s an indictment. All he had said, you have done well, but you have allowed a few slippery things here and there. Now, you must tighten up, you must buckle up. More of, you have done well but donâ€™t let it get into your heads. Itâ€™s time to tighten the scrolls and then go after these guys.

You have met with the President, is the President ready to resume duty fully and effectively?
Letâ€™s concede one thing, yes heâ€™s here, heâ€™s our President, heâ€™s our figure head, heâ€™s the light house of the nation. All those duties, he is ready to perform. In any case, there was always governance going on. Now, instead of a team of one, we have a team of two. Letâ€™s concede, heâ€™s still convalescing, heâ€™s done a fantastic job even between the last times â€“ three weeks, four weeks that I saw him â€“ he has improved tremendously. What we must not do, perhaps, and what I think, one favour he should do himself is, for now, in the next few weeks, or few months, take it a little bit.

Talking about taking a little bit, there are reports that President will be working from his home, isnâ€™t this an indication he may not be fully fit?
Are we so bureaucratic that you must wake up in the morning; you must report at a desk, you must treat files and the rest of it? This is an IT world; itâ€™s a different world. What is important is that the job gets done. Whether he does it from his bedroom, from his sitting room, his home office, it doesnâ€™t matter. All that matters is, let the job be done and it will be done.

Why can the President give us details about his health? What is actually wrong with him?
That is a decision only the President can make. He must have good reasons for not giving details. Well, he told us he was ill, when he came back the first time, he told us he had never been through that kind of experience before. I think that for me is good enough. But itâ€™s his discretion to make public what precisely the issues were or not. I think we should grant him that privilege. 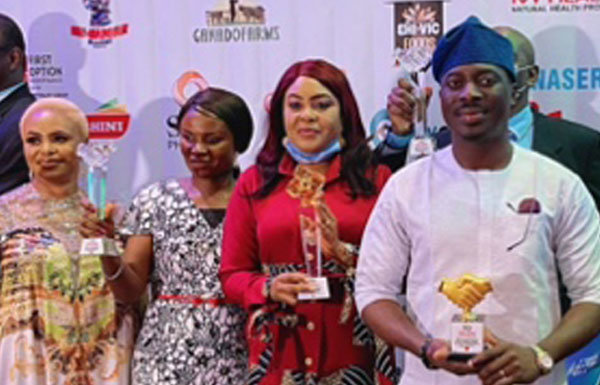