President Muhammadu Buhari has pleaded with state governors to continue to support his administration and to cooperate with Acting President Yemi Osinbajo in running the affairs of the country.

The ailing president, who has been receiving treatment for an undisclosed ailment in the United Kingdom for more than three months, also commended the governors for holding together the country in his absence.

The Chairman of theNigeria Governorsâ€™ Forum (NGF) and Governor of Zamfara State, Alhaji Abdulaziz Yari Abubakar, who briefed other governors Wednesday night on the visit of the NGF delegation last month to London to see Buhari, said from a â€œfirst-hand assessment of the presidentâ€™s state of health, he is in very good healthâ€.

A statement issued by the NGF spokesman, Abulrazque B. Barkindo, said for the first time Buhari was able to exchange messages of goodwill with the forumâ€™s delegation led by Yari.

The statement quoted Yari as having told the governors that the president also â€œthanked the governors for their concomitant cooperation with the Acting President, Professor Yemi Osinbajo and urged them to continue to put their faith in his leadershipâ€.

Before that visit by a delegation from the NGF, the Imo and Kaduna State Governors, Chief Rochas Okorocha and Mallam Nasiru el-Rufai, had visited Buhari along with other leaders of the All Progressives Congress (APC).

This was followed by a visit of the chairman of the NGF and six other governors to Buhari in London on July 26.
While explaining how the initiative for the visit came about, Yari said: â€œI was invited to select six governors, one from each geopolitical region, to visit Mr. President and I led them to London. The governors were that of Akwa Ibom, Oyo, Ebonyi, Kano, Benue and Borno States.â€

Yari described Buhari as being in â€œvery good healthâ€, adding that he delivered the forumâ€™s message of goodwill to the president.

He said the president thanked the governors for â€œholding Nigeria together in his absenceâ€.
The statement read: â€œThis would be the first time anyone visiting the president is delivering any word from the president or revealing anything that they discussed with President Buhari who is on his 103rd day out of the country.

â€œAlthough President Buhari was reported to have felt fit enough to return and continue his duties of presiding over the affairs of the country, it wouldnâ€™t be until his doctors give him the nod, reports said.

â€œHowever, those who had previously visited the president in London, including the Minister of Information and the presidentâ€™s own media team had only returned to the country to narrate the status of the president as of the time they met him, but did not deliver the well wishes of the president or what he discussed with them regarding the Nigerian people.

â€œGovernor Yari is therefore the only person to deliver a message to his colleagues from President Muhammadu Buhari.
â€œEven the governors who went along with Governor Yari had in their earlier statements only spoken about the presidentâ€™s stability and were mute about a message.
â€œBefore that visit by a delegation from the Nigeria Governorsâ€™ Forum â€“ Imo and Kaduna State governors, Chief Rochas Okorocha and Mallam Nasiru el Rufai â€“ had visited President Muhammadu Buhari along with other top functionaries. But mum was the word.â€

Also, during Wednesdayâ€™s NGF meeting, the Executive Director/CEO of the National Primary Health Care Development Agency (NPHCDA), Dr. Faisal Shuaib, had solicited the governorsâ€™ cooperation in the payment of their counterpart funding quota by August 23 to enable his agency embark on a nationwide immunisation exercise.

In response, the chairman of the forum asked the agency to allow all the governors to meet that obligation by September 10, saying that the deadline was too short, as most governors were in Abuja and may have to be here till Friday.

Shuaib stated that the federal government was contributing N3 billion to the agencyâ€™s coffers for the exercise.
Earlier, the Director General of the NGF Mr. Ashishana B. Okauru, had presented to the governors an update on the polio status in the country, stating that Nigeria would be delisted from the global polio map by 2019.

In attendance at the meeting were the governors of Borno, Kebbi, Kwara, Niger, Imo, Osun, Plateau States and a host of deputy governors, among who were those of Kaduna, Yobe, Nasarawa, Rivers, Enugu, Lagos, Ondo, Ekiti and Cross Rivers States.

Yariâ€™s statement came just as the presidency revealed that the President of the Senate, Dr. Bukola Saraki, and the Speaker of the House of Representatives, Hon. Yakubu Dogara, visited Buhari in London Thursday.
A picture of the visit shared on the Facebook page of the Special Adviser to the President on Media and Publicity, Mr. Femi Adesina, showed Saraki and Dogara seated with the president and smiling.

The president was wearing a light brown kaftan and matching trousers, with a black cap, and what seemed to be black slippers, while his guests were clad in dark suits and light blue shirts.

Adesinaâ€™s Facebook page did not offer any further information on the visit other than the date and the location â€“ Abuja House, London.

However, a statement from Dogara Thursday attested to the significant improvement in the presidentâ€™s health, saying his health has â€œimproved tremendouslyâ€.

Dogara made this known via his official Twitter handle @Yakubdogara, adding that he was glad seeing that the president was doing well.

He also urged Nigerians to continue to pray and offer thanks for answered prayers for the safe return of the president.

According to him, â€œToday, we visited His Excellency, President Muhammadu Buhari. I am glad that he is doing well.
â€œHis health has improved tremendously. I urge all Nigerians to continue to pray and offer thanks to God for answered prayers and for the safe return of Mr. President.â€

There had been speculations that the presidentâ€™s illness had left him incapacitated, prompting visits by different groups with pictures released by the State House to the public.

Most of the pictures were however received with scepticism and criticism.

But the presidentâ€™s media team, following its visit on August 12, released videos of Buhari walking, speaking and smiling.

In a statement released by Adesina after the visit, the president stated that he felt that he could return to Nigeria, but was waiting for his doctors to give the final go ahead. 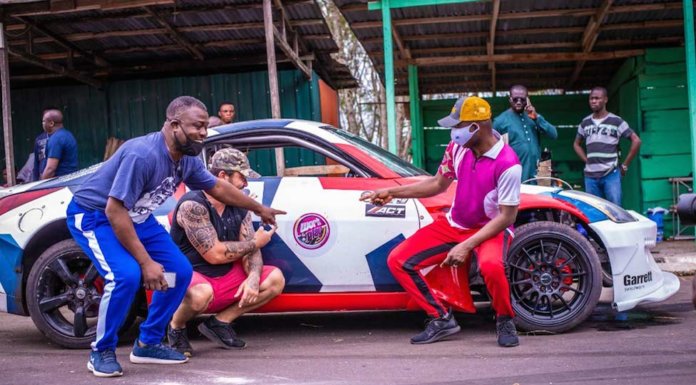