The AITEO Cup (formerly Federation Cup) lived up to it image of where clubs in top flight leagues are subdued by minnow. League defending champion, Rangers International of Enugu, MFM FC, Wikki Tourists, Rivers United and Enyimba FC of Aba were all bundled out of the Round of 64 games played wednesday.

It took the Saraki Boys only three minutes to go in front from the spot kick when Gata’s clear cut chance found Wasiu Alalade.

Enyimba Ghanaian goalkeeper Dauda Fatau had brought down Alalade for the penalty.
The visitors capitalised on an ABS defensive mix-up when Ernest Governor’s back pass was picked up by Ikechukwu Ibenegbu whose pass find an unmarked Eric Frimpong who easily tapped in from a close range in the 22nd minute.
Twelve minutes later, ABS should have doubled the lead when Adeshina Gata’s another clear cut chance was fired inches away from goal by Abubakar Chindo.

Three minutes before half time, Stephen Chukwude fantastic effort was well dealt with by Yinka Adewale in goal for ABS FC.

The Saraki Boys restarted the game better than the visitors as they pegged the Peoples Elephant to their half for most parts of the 2nd half.

One minute into the restart, Chindo’s pass picked up Alalade who was unmarked to head past Fatau to restore the hosts’ lead.

After the ABS second goal, the game became an end to end battle with the two sides searching for more goals.

In the 58th minute, Fatau had a wrong footing to dash an incoming Alalade the ball but the ABS striker slipped to give back the ball to the Enyimba’s keeper to clear for safety.

Five minutes before time, Alalade was presented with another opportunity to score his second of the game but Fatau was well positioned to catch from close range.

Speaking after the game, Henry Makinwa, said the victory was a sweet revenge to Enyimba’s 3-0 win on Sunday in Calabar during a Match-day 34 Nigeria Professional Football League (NPFL) encounter.

“Today we played football tactically, technically, psychologically and physically to over power Enyimba. Going to Sunday’s game, if we can beat Enyimba, we can beat Plateau United,” Makinwa warned the league leaders in advance. 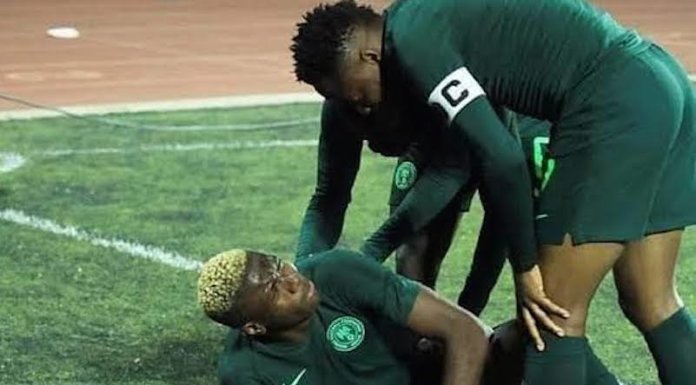