Shola Oyeyipo and Segun James
Nigeriaâ€™s current indirect tax system is targeted at those engaged in luxurious lifestyles and capacity to pay the relevant taxes attracted by their expenditures.

Making the assertion TuesdayÂ on ARISE Television, a THISDAY Newspaper sister broadcast network, a former Chairman of the Edo State Board of Internal Revenue, Chief Oseno Elemah, said since some Nigerians are living more comfortably than others, it was ideal that they pay commensurate taxes.

According to him, â€œFor the kinds of expenditure that we see in this country and if you look at the lifestyles of an average Nigerian, you tend to believe that there is one form of economic activity or source of income that can sustain these kinds of lifestyles out there.

â€œJust take an example of somebody riding a vehicle of about N10million. What are the taxes that are collected on that vehicle? At best about N5, 000 around the licence and that is what percentage? 00001 per cent. I think if one has the capacity of those expenditures, he should also have the capacity to contribute to national development by way of paying reasonable taxes,â€ he said.

He also hinted that government is moving more towards indirect tax regime as way to ensure that those with the potential to pay are mostly captured under the tax net.

He justify the indirect tax system further by explaining that â€œThe wealth of this country is concentrated in the hands of four per cent of Nigerians. So why would they not pay for it. So, if you must engage in luxurious lifestyle, ride the big cars and drink Champaign, they should pay for us to provide the socio infrastructure to sustain the majority of Nigerians who do not have the kinds of means.â€

He described the current situation in Nigeria as an opportunity to look inward and propel rapid development. â€œYou will find that it is when you have these kind of challenges that people put on their thinking caps and be able to look inwards.

â€œLike in one of your news items, you mentioned how Nigerians have decided to go back to agriculture. Basically, in the first republic, agriculture was the main revenue earner for the nation. I believe that this recession will give us an opportunity for us to review our revenue generation strategy. That is why the minister of finance is ensuring the full implementation of our tax policies.â€ 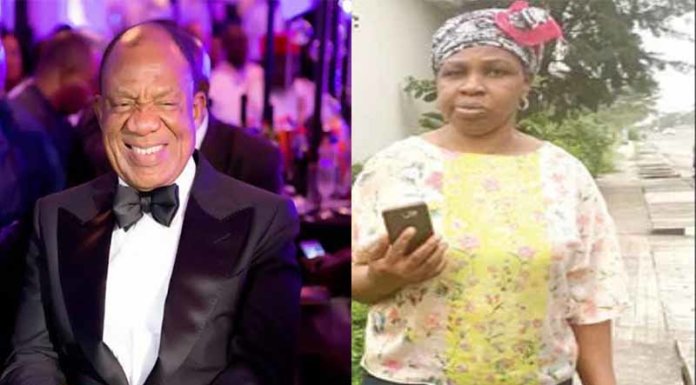