Former Vice President, Atiku Abubakar has cautioned against the negative consequences of resorting to retaliatory quit notices by some youth groups in the country.

He said those thinking that they would be rewarded by such action should have a rethink because they would lose at the end of the day.

In a statement he issued yesterday, Atiku said he was condemning the retaliatory quit notice given by certain elements in other parts of Nigeria to persons of other origins be they Northern, Yoruba or any other ethnic grouping within the country.

He said: â€œAgain, it has sadly come to my attention that there has been a counter quit notice issued in reaction to the unfortunate initial notices issued by some misguided youths in July of this year.

Â â€œJust as I strongly condemned the quit notice on people of the Igbo ethnic group living in Northern Nigeria and the counter quit notices that ensued, I also vehemently condemn the retaliatory quit notice given by certain elements in other parts of Nigeria to persons of other origins be they northern, Yoruba or any other ethnic grouping within our nation.â€

Â The former vice president said it was a fallacy to believe that there are people of northern or southern origin, adding that Nigeria only has people of one origin.Â

â€œWe are all of Nigerian origin. As Nigerians, we must be pragmatic enough to realise the obvious truth that an eye for an eye will leave Nigeria blind. Let me at this juncture remind these â€˜quit noticersâ€™ that when brothers fight to the death over a domestic dispute, it is their neighbours that eventually end up inheriting their fatherâ€™s property.Â

â€œIt is also for this reason, amongst others, that I have urged and still urge that Nigeria should be restructured and that state of origin ought to be removed from our constitution and other relevant laws and policies, to be replaced by state of residency.

Â â€œIf we as Nigerians are tied to our residency, rather than the state where our ancestors originated from, this whole idea of quit notice would not have arisen in the first place.

Â â€œLet us remember that though we have many ethnic nationalities in Nigeria, we are all largely of one race. In the United Arab Emirates (UAE), foreigners exceed the native Emiratis in number, yet the UAE is one of the most peaceful nations on earth. If people of different races can live in peace in South Africa and the United States, why canâ€™t we do the same here?â€

Atiku commended the National Broadcasting Commission (NBC) and the National Orientation Agency (NOA) for taking steps to sanction radio stations that were guilty of playing the Igbo hate song and for embarking on an anti hate speech drive.

Â â€œNigeria is our only country and our value as human beings is tied to the value of Nigeria. So if we must give ourselves value, we must first give Nigeria value,â€ he said 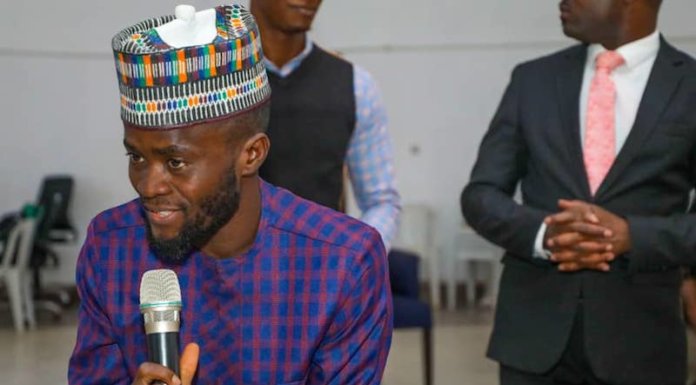