The Osun State Governor, Rauf Aregbosola, at the weekend, unknowingly stirred the hornetâ€™s nest when he took to his twitter page to gush about Arsenal Football Club players and their coach.

In quick succession, he was attacked for tweeting about football while he was alleged to owe workers in the stateÂ  seven monthsâ€™ salary as well as pensioners their gratuity.

The governor was also reminded that over 34,000 students of the Ladoke Akintola University of Technology (LAUTECH), Ogbomosho, Oyo State, have been languishing at home for 15 months because of the strike.

Tweeting from @RaufAregbesola, he said: â€œIâ€™m going to really enjoy watching Lacazette. Giroud keeps making it difficult for Arsenal fans not to like him.

Wenger might just have unearthed a gem in Kolasenic.â€

His tweets had barely landed when an avalanche of mockery met them with the general consensus being that the state had enough issues to grapple with than foreign football matters.

Leading the attacks, one Mr. Jones tweeting from @handjones responded: â€œ@raufaregbesola Mr. governor go and pay your staff salaries first before you come and run commentary. All the people you mentioned have been paid salary for this week.â€

Hameedoh who was more pragmatic in his approach said: â€œ@raufaregbesola Kolasinac it is your excellency! I bet we can have a very robust league too if we all ignite the passions in us and channel it towards ours.â€

There were yet others who capitalised on the tweet to remind him that students of the Ladoke Akintola University of Technology (LAUTECH) were still on the protracted strike embarked upon by the Academic Staff Union of Universities (ASUU) due to the inability of the Oyo and Osun State Governments to pay the salaries of the academic and non- academic staff.

Â One of such was Oladimeji Emmanuel tweeting from @Otun-Empire who said: â€œ@raufaregbesola Sir, reopen our LAUTECH. Save our future and we will be happy that you have unearthed a gem in us. This is all we ask for. We are begging sir.â€

Â Akorede Wasiu tweeting from @korodews said: â€œ@raufaregbesola 34,000 youths are still at home. Dear APC, it is possible to fight corruption and manage not to ruin our education system. #fundLAUTECH.â€Â

Also, Kunle Ajayi said: â€œHow are we concerned about this sir, when my school (LAUTECH) has been on strike for up to 15 months?â€Â

Adeyinka Akinwale who would rather have the governor to propagate indigenous football clubs especially the Osun United.

Tweeting from @FoxOfficial, he said: â€œ@raufaregbesola How I wish you can tweet passionately about Osun United.â€

He immediately found support with one

Applisenze who said: â€œOn point Akinwale. This is really sad. One million people paying N100 to watch local match per week is N100million. Invest in beautiful stadia, players and television.â€

BiafranGod tweeting from @Bennethakwuegwu who somehow found a way to drag President Muhammadu Buhari into his tweet, said: â€œ@raufaregbesola Stupidity is when a governor will never talk about players in the state he sponsors but has a view about players of a team in London.

â€œ@raufaregbesola Oh I forgot, London is now part of Nigeria or is it the other way round? Our president now lives in London, so governors must support London clubs.

â€œ@raufaregbesola Rauf will grow Osun economy by supporting Arsenal in London just as Buhari is growing London tourism by becoming a museum.â€ 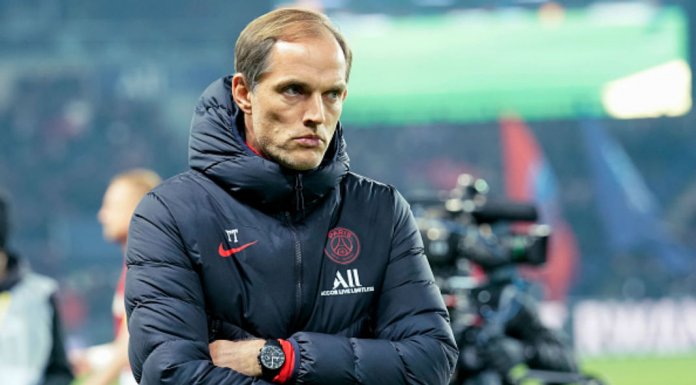