Gone are the days when Nigeria boasted of renowned referees like Titus Mba and Bolaji Okubule, amongst others. Not anymore as the countryâ€™s referees no longer attract interest at international tournaments. Calistus Chukwujekwu, a retired international referee, gives insight toÂ Kunle AdewaleÂ  on the development

One of the things that propelled Calistus Chukwujekwuâ€™s football interest was his secondary school. â€œIn those days, the national academicals was very popular and if you have the opportunity to play very well for your school, the chances of being invited to the academicals were very high. And in the old Anamabra State, there were very popular schools like Christ the Kings College, Metropolitan College, Holy Ghost College and the rest and these schools took sports very serious.

â€œI went to a Catholic Seminary school – Ohalu Seminary, Onitsha, where I was not availed the luxury of sports, but we were defeating schools that were noted for their football prowess and some of us felt we could indeed do well in the round leather game. However, we had restrictions because it was a special school and we could not therefore fulfil our football ambition,â€ Chukwujekwu said.

After his school certificate in 1980, he had the opportunity of staying back at the seminary to teach for one year. The opportunity to fulfil his ambition of becoming a referee however presented itself when somebody came to his school on a fateful day and asked if some of them that were into football could be interested in going into refereeing, and that was how Chukwujekwu and some of his colleagues started refereeing in Onitsha.

The following year he went to the major seminary in Ikot Ekpene and continued refereeing because he had got the foundation and practical. After one year at the senior seminary, he was free to do some extracurricular activities and it was then that he wrote his RI2 Grade Three examination, and then later graduated to Grade 2. It was during his service year in Ondo State that he wrote his Grade 1 exam.

1990 was significant in his career because that was when Nigeria’s football made a significant shift. â€œMany of us were looking forward to being part of the professionalism. Onitsha was particularly good in shaping my refereeing career between 1986 and 1989 because so many matches were played there and I officiated many, which really helped my practice.

â€œOne of the things that helped me as a referee was realising as young man in Onitsha that spectators like good football and good officiating. I would join the crowd during football matches and listen to comments. They would comment about my person without them knowing I was in their midst and the kind of comments passed about me really encouraged me and to a large extent it, carried me throughout my life as a referee,â€ he recalled.

As a young referee, Chukwujekwu was always looking up to the likes of Bolaji Okubule. “Anytime I heard that Okubule was coming to Enugu then, I will leave my base in Onitsha to go to Enugu, not to watch the game, but to see how he goes about his officiating. The same thing I do each time the late Benjamin Ladipo comes to Enugu and so also when Dr. Esan visits Enugu. These were the notable referees as at that time and I learnt a lot from them. Donald Nbezue also had a lot of influence in my refereeing career. Anytime they are officiating, I will take my notes and jot and if there is an opportunity to ask questions I’ll do,â€ he noted.

Continuing, he said, â€œDuring my days at Ikot Ekpene, I will leave my base for Calabar to watch games because Calabar Rovers were in the top division then and all the big clubs in Nigeria were always visiting and I will go there to see the mode of officiating.

â€œAs I grew up, my interest in refereeing grew. Also in those days Pierluigi Collina of Italy was the reigning referee and was about the best in the world. So, anytime I saw him refereeing, I concentrate a lot. By 1995, I had grown to become an international referee. I started interacting with some international referees like Ly kin Shawn, Egyptian El gandor. After some of my games, they would come up to me and say ‘I think you have a bright futureâ€™.

Being appointed as one of the referees to the FIFA U-17 World Championship in Trinidad and Tobago in 2001 and the U-20 World Cup the same year were moments Chukwujekwu will not forget in a hurry.

â€œThe 2001 U-17 Championship was a special for me because I officiated till the moment Nigeria qualified for the quarter final after which I was asked to leave the tournament, because the standing order is that all the referees whose countries are in the quarter final must leave the competition. It was a special moment because I had to go through a lot of experience to get my papers sorted out before the competition because some of my colleagues who did not like the fact that I was going for the competition did not release information in time for me and as a result I had to go through a whole lot. But to God be the glory, I got to Trinidad and Tobago and the off shoot of that championship took me to Mali 2002,â€ Chukwujekwu recalled with nostalgia.

By virtue of his performance in Trinidad and Tobago, he was selected by CAF for Mali 2002 Africa Cup of Nation.

For Chukwujekwu, his most difficult match as a referee was in the local scene at the Liberty Stadium in a game involving IICC Shooting Stars of Ibadan and Stationery Stores of Lagos.

â€œSome 12 lorries carrying Stores supporters were turned back at the toll gate in Ibadan on the allegation that they were armed with different weapons. It was a very big game as far as Nigerian football was concerned and I had the privilege be the centre referee. It was a turning point in my career because by 1994 when I was recommended for listing, the match was referred to by Okubule, who was a member of the committee for the listing,â€ he stated.

At the international level, Raja Casablanca of Morocco against Al Ally would readily come to the mind of Chukwujekwu. â€œFormer Super Eagles Coach, Johannes Bonfere, was the head coach of the Egyptian side, so there was the fear in Morocco that I would have my bias, because of Bonfere had once worked in Nigeria. At the end of the game, the whole of CAF was pleased with me. At a point in that game, all the balls were seized by Raja’s supporters because after a 2-0 lead, Al-Ally scored a goal and kept on the pressure and Raja fans seized all the balls and by the time I noticed it, I stopped the game and asked for the whole balls and added 15 minutes for lost time. But at the end of the game, the supporters of the two teams did not really know what to make out of me. From then on, I was selected for any big match involving North African teams.â€

After climbing the rope in refereeing, Chukwujekwu would not discourage any of his children to go into refereeing.Â  “I know the terrain and I know that the only thing that keeps you going is honesty. Refer the game as it should and there should not be any closed door premeditating. Anyone of my two kids that says he wants to go into refereeing I would encourage them, but I would rather not push them into doing anything because nobody pushed me,” he said.

Asked if he is financially okay after his retirement from the game, “refereeing did not provide me financial gratification, the highest that you got was the money from FIFA tournaments. In FIFA tournaments you are paid good money but I did not have the opportunity of going to many of them because I had my issues with my country, which were not very palatable. While people from outside the country saw me as a good material my own people were busy running me down.

â€œRefereeing is art that is based on skills and performance. You don’t just wish that I want to be there and you get there. You have to work very hard to get to the top.â€ 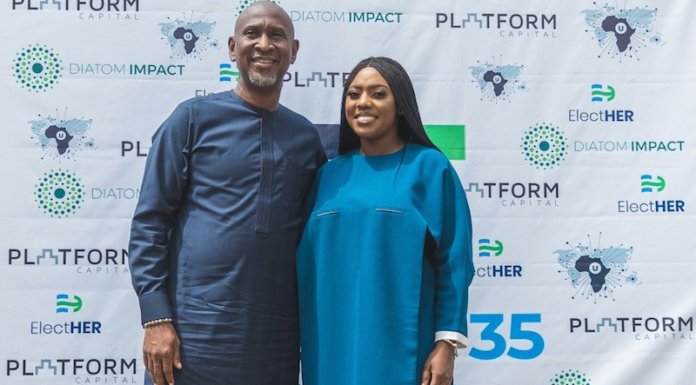