BlackPace Africa, an Africa focused investment management and advisory firm and the Plateau State Government have signed a Memorandum of Understanding (MoU) towards a joint development arrangement to upscale potato production in Plateau State and set up a potato processing facility in Jos, the state capital.
The facility, according to a release issued by the investment management firm, will produce French fries, potato flakes and potato crisps within the next eight months.

The agreement was executed on July 24, after several meetings with the state executives, including the Governor of Plateau State, Mr. Simon Lalong, the Commissioner of Agriculture and Rural Development, Lynda Barau, and the Commissioner for Commerce and Industry, Ezekiel Daju.

According to Governor Lalong, â€œWe are willing to provide the enabling environment to support this laudable project based on the fact that Plateau State accounts for over 90 per cent of potatoes produced in Nigeria. In addition we believe the projects (potato production and processing) are capable of boosting the stateâ€™s economy and providing job opportunities especially to the teeming population of our youths.â€

The processing facility, which will be of world-class state of the art standard, is expected to process 60,000 tonnes annually of Irish potatoes into French fries, flakes and crisps. This, the release added, will provide a boost to the economy of Plateau state and increase jobs creation for the economy.

â€œBringing in new seed varieties and farming equipment to support local farmers are essential ingredients to achieving this goal. We are putting strategic framework in place whilst discussing with local partners, ASTC and GIZ to provide both technical and training support to out-growers.

â€œPlateau State is keen to increase its potato production and its value chain to further create more jobs and boost its economy. The current economic situation in Nigeria calls for a complete shift of focus to Agriculture. Our potato project will attract an additional $1 billion to the Plateau state economy in five years by increasing the potato output to two million tonnes of high quality potatoes and processing potatoes into French fries, potato flakes and crisps,â€ added governor Lalong.

Executive Chairman, BlackPace Africa, Olusegun Paul Andrew, stated that: â€œWe are pleased to advance this project with the Plateau State government and would sincerely thank HE Governor Simon Lalong for his foresight and determination to improve on the local economy of Plateau state with this project. 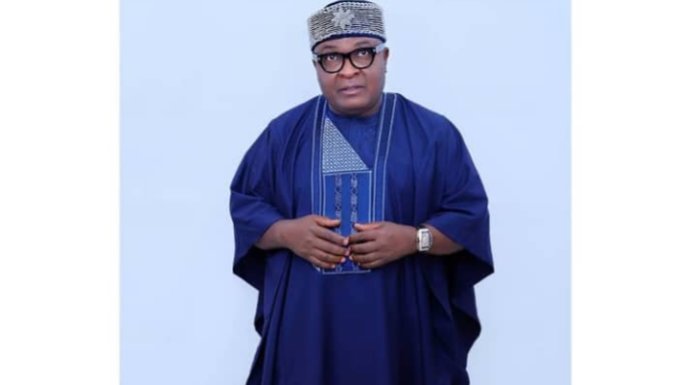 Why I Delved into Filmmaking – Elder Steve Agbata