Nigerians who are clamouring for the harmonisation of all databases into a single database that will enable industry players, academic researchers, and security agencies to obtain accurate statistics from a single source, may have to wait till 2020, the National Identity Management Commission (NIMC) has said.

NIMC was established by Act No. 23 of 2007, to register and maintain a unique national identity database, and to harmonise and integrate existing identification databases in Nigeria.

The agency disclosed that it has commenced the process of harmonisation and integration of existing databases in the country, beginning with Bank Verification Number (BVN) database. It however expressed concern that limited funding, occasioned by the current recession facing the country is slowing down the process.

The Director General of NIMC, Aliyu Abubakar Aziz, who gave insight into the process of data harmonisation, during a press conference in Lagos recently, said although the process of harmonisation had commenced, it would take another three years to complete because the process is slow due to paucity of fund.

He said the lack of fund has affected staff remuneration, which resulted in constant loss of strategic human resources at the Commission.

According to him, “Harmonisation and data integration of existing database is in progress. Data from bank BVN registration, SIM card registration, INEC registration and FRSC registration, among others, are all with us but we are harmonising them one after the other in order to get it right and we are currently handling that of BVN. We are hopeful that in the next three years, we could complete the whole exercise of harmonisation and integration.”
Nigerians have been clamouring for a single database, to avoid duplication of people’s identity with various agencies. Currently, the banks are registering bank customers for BVN, and the same data is provided by the same people in other agencies and government parastatals, where registration is also going on like the FRSC for vehicle licence registration, and SIM card registration for telecoms subscribers. The registration exercise is becoming monotonous and time wasting, since the same data is being duplicated.

Nigerians are of the view that should there be a single database of all Nigerians; agencies will easily log on the single portal to get the desired data, instead of duplicating same data in different databases that operate in silos without the necessary integration.

Aside slowing down the process of harmonisation and integration of data, the NIMC boss said the paucity of fund was also affecting the speed of enrollment into the national identity database, as well as the production and issuance of national identity cards to those that have already enrolled and have their National Identity Number (NIN).
According to him, the Commission has enrolled only 18.5 million Nigerians into the national identity database, out of the over 170 million Nigerian population, which he said, is less that 10 per cent registration, compared with the entire population of Nigerians.

He said NIMC currently has 809 NIN enrollment centres nationwide, insisting that all Nigerians, irrespective of their age, are expected to enroll and obtain their National Identity Number, through which the national identity card would be produced and issued. He however said identity cards would not be issued to minors until they attain the age of 18, but that it was necessary for them to enroll and obtain their NIN.
Aziz disclosed that the commission has produced 1.2 million cards, but explained that not all the 1.2 million cards have been issued.

The Director-General however warned that Nigerians who are yet to register and obtain their NIN, issued by the Commission, run the risk of being regarded as a non-Nigerian citizen in the next few years.
He listed some of the benefits of NIN to include the facilitation of service delivery in Ministries, Departments and Agencies (MDAs); enhancing activities of law enforcement agencies thereby providing public safety; easy policing; national security and border protection, among others. 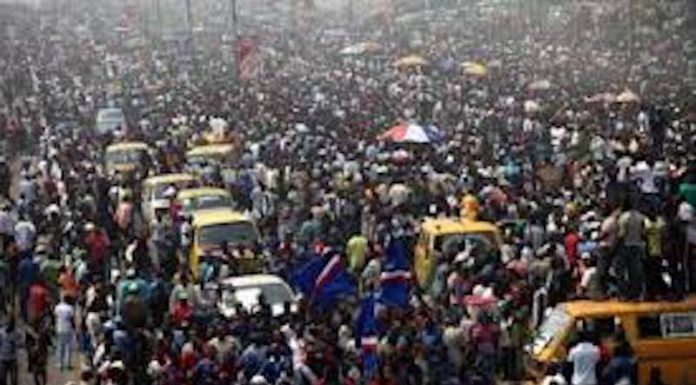