Ndubuisi Francis in Abuja
The President of the Nigeria Labour Congress, Mr. Ayuba Wabba, has debunked insinuations that the over N6 trillion accumulated pension fund under the Contributory Pension Scheme is lying idle, saying the fund has in fact been over-borrowed.

Wabba said an excess of N3trillion had been borrowed from the fund through bonds and treasury bills, noting that government was the biggest beneficiary.

Speaking in an interview with THISDAY in Abuja recently, the union president said the pension fund belongs to workers and not just anybody and could not be tampered with without well-defined guidelines by the Pension Commission (PENCOM).

According to Wabba: â€œItâ€™s not true that pension funds are lying idle. I think thereâ€™s a misconception. Let me tell you, the money has been over-borrowed through bonds and treasury bills by the government. The money is not idle. The money is somebodyâ€™s money; the workers own the money and on retirement, would access the money.

â€œIn fact, it has been well-utilised and I think the government has been the major beneficiary through bonds and treasury bills. This money has continuously been utilised. You should understand that they must also operate within the guidelines of PENCOM.
â€œYou canâ€™t just dip your hands and think it is a free money. You can only access the money through very clear guidelines provided by PENCOM and this can be done through the money market because we also know the situation of borrowing and volatility in the industries.

â€œ If you want to use it for infrastructure, go through the Pencom guidelines and you can access this money through a very defined guideline and then you can be able to use it. But just to assume that the money is nobodyâ€™s money and that anybody or any government can dip his hands and then take it over, I think this is the situation. So, the money is properly utilised.
â€œEven in other countries, these are the procedures, but to say that the money is idle is not true. I think over N3 trillion has been utilised through this process. This is the reality and we must face this fact,â€ Wabba said.

On federal government pension liability, the union leader said the effort of NLC culminated in the recent release of N51 billion by the government.
He said: â€œLet me give you more information. Those that retired early 2015, which I think their own, as well as their employersâ€™ contribution, were not remitted, we fought it out and over N51 billion was released.

â€œYou remember they came to our office and we had to follow up the issue, and arising from that, actually N51 billion was released and it was used to defray part of the liability. Second, we had to engage the National Assembly and the executive to see how best this issue of liability of pension can be addressed. And I am happy to inform you that recently, the Federal Executive Council (FEC) actually made a pronouncement to the effect that over N2.7 trillion has actually been approved to address this. Let me tell you how it happened.

â€œDuring the May Day rally, you remember we made presentations. In my speech particularly, we made reference to pension liability, which is about N600 billion, and we said it is endangering the scheme because once there is a deduction and it is not remitted, it means people will continue to retire and this liability will continue to grow.

He said: â€œWe presented the facts to them; we gave them the facts on the liability. There and then, they said this cannot continue; there must be ways and means of addressing this issue. A committee was set up by the minister to harmonise figures. Arising from that meeting, a formal presentation was made by the Minister of Finance at the Federal Executive Council where approval was made to the tune of N2.7 trillion.â€

Wabba said the NLC was also beaming its searchlight on various sectors where employers deduct but default in remitting workersâ€™ pension.
He stated: â€œAll our sectoral unions have been urged to follow up on these rights because it is a right issue. Where they push and there is no corresponding response, we will be ready to assist them. Weâ€™ve also asked them to document where we have such challenges so that we can work together.

â€œItâ€™s also criminal because the Pension Act provides very clearly that employers cannot deduct and refuse to remit. They need to remit within a specified period. So, itâ€™s something that needs to be regulated and pension issues are very touchy issues,â€ he noted. 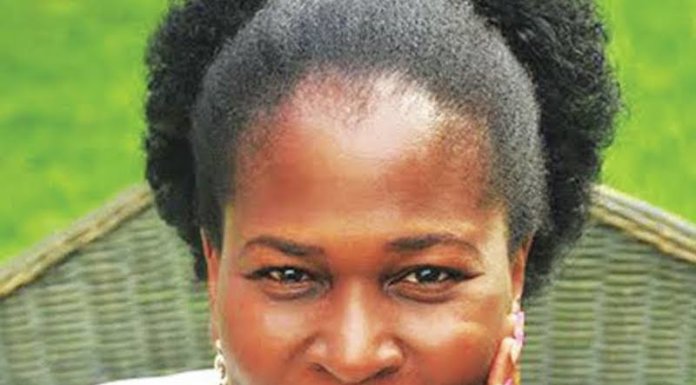