Anambra State Police have interrogated the President-General of Ozubulu community, Dr. Ernest Chukwuka, over the killing of worshipers at St Philip Catholic Church in Ozubulu last Sunday by an unknown gunman.

THISDAY gathered that the president-general was invited by the state Police Commissioner, Mr. Garba Umar, to answer some questions from the command over the incidence.

Also invited alongside the president general were the chairman of Ekwusigo Local Government Area, Ikenna Ofodeme, and the Chairman of Ebubechukwuzo Foundation, Mr. Emeka Jovita Ofomata.
The foundation is owned by High Chief Aloysius Ikegwuonu, who was said to be the target of the gunman who stormed the church and massacred worshipers.

A source told THISDAY that the invitation might not be unconnected to revelations made by suspects who were said to have been arrested by police in the state.
Ofomata confirmed to THISDAY in a telephone interview that he and the president general of Ozubulu and the chairman of Ekwusigo council area were at the police command to honour the invitation of the police commissioner.

He, however, denied that the invitation had anything to do with revelations made by arrested suspects, saying the discussion with the police authorities was a friendly one.

According to Ofomata, â€œthey (police) did not inform us of any revelation or arrested suspects. They simply called us to tell them what we knew that can help them in their investigation.â€
Attempt to speak to the state police commissioner, however, was unseccessful as several attempts to reach him through phone call was thwarted by his busy line.
Meanwhile, members of Ozubulu community have insisted that their son, Ikegwuonu, is not a drug lord.

A member of of the community, Mrs. Dorothy Ikem, said: â€œEverybody in Amakwa knows Ebubechukwuzo (Ikegwuonu). He is a generous young man who is always willing to assist people. We do not know him to be a drug baron. He imports spare parts and has also helped to train a lot of people.â€

Chairman of Ekwusigo Local Government Area, Ofodeme, also stated that the allegation of Ikegwuonu being a drug peddler was not true. He said there was nothing like a gang war spilling from South Africa.
â€œI seriously believe that it was a terror attack on our people, and the people are hiding under false stories to cover up the attack,â€ he stated.

â€œEbubechukwuzo has not complained about having problems with anyone. We have called to ask him if there is anyone he has problem with and he said no,â€ Ofomata said.
Meanwhile, reactions have trailed the recent church killings at St Philips Catholic Church, Ozubulu, Ekwusigo Local Government Area, Anambra State, where scores of worshippers were killed and many injured.

Reacting to the dasdardly act, former Senate President, Senator David Mark, condemned the killings describing it as barbaric and inhuman.
Mark in a condolence message to the state government urged security operatives not to leave any stone unturned in unraveling the identities of the perpetrators and bring them to book.
He said the massacre of innocent worshippers in the cruelest circumstances was a dangerous trend that must not be tolerated in Nigeria.

He called on the traumatised Christian community not to be deterred by the sad event, but renew their faith in God.
Also reacting to the issue, the Baysela State Government described the incident as most disheartening, shocking and barbaric, noting that the state government condemns the action in its entirety.

In a statement signed by the Commissioner for Information and Orientation, Hon. Jonathan Obuebite,
He said: â€œOn behalf of the government of Bayelsa State, the chiefs and peace loving people of the state, I condemn in very strong terms the killing of innocent worshippers last Sunday morning at the St. Philips Catholic Church, Ozubulu in Ekwusigo Local Government Area of Anambra Stateâ€.

The statement also condoled with the Anambra State governor, Willie Obiano, the families of the dead, and the Christian community.
On its part, the Committee for the Defence of Human Right (CDHR) described the incident as a sin against man, desecration of the altar of God and a highly condemnable act.

In a statement signed and issued to THISDAY by the Director Programme and Projects, CDHR, Dr. Bode Fasade, said whichever faction of the story one chose to believe may have been the cause of the killing in the church is immaterial, stressing that this barbaric human wastage is a pointer to the abysmal level which the society has degenerated into in the recent time.

It stated: â€œShould a feud or rivalry between two kinsmen led to a total wastage of children, men and women from the same ancestral community, much especially when they have gone to the church to worship.â€
The right group called on the federal and state government to wade into the issue and bring the perpetrators to justice in order to serve as deterrent to evildoers in the society. 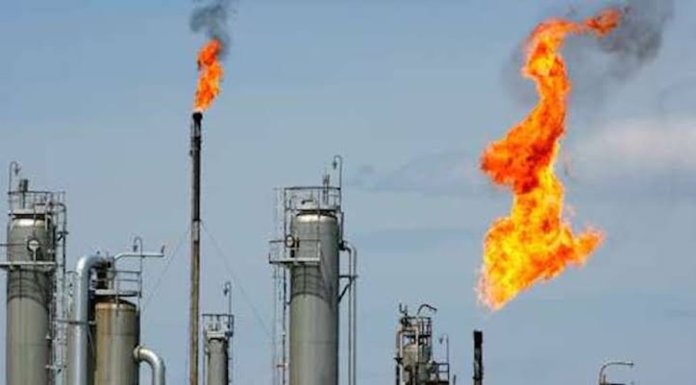 Why Nigeria was All-Star Performer in 2020

When Rochas Okorocha Met His Match