Buhari has been in London for almost three months where he is receiving treatment for an undisclosed ailment.
The ranks of the protesters swelled by members of civil rights activists who defied the morning rain when they marched on the National Assembly from the Unity Fountain by Shehu Shagari Way.

There was a heavy presence of policemen who mounted horses and other security personnel at the protest to ensure it did not turn violent.
The protesters, who tagged themselves Â â€˜Union of All Angry, Vexed and Frustrated Nigeriansâ€™, distributed fliers and carried a huge banner with â€˜Our Mumu Don Doâ€™ conspicuously written on it.

Some of the fliers urged the members of National Assembly to trigger Section 144
that will lead to the impeachment of the president on medical ground.
They said they wanted to take back Nigeria so that the country can work again.
The group urged Buhari to either resume or tender his resignation, saying he can not continue to remain in London indefinitely.

They raged that acting President Yemi Osinbajo was not fully in charge of the country.
Charley Boy said he turned up at the protest to support the youths, who were demanding accountability and transparency from their leaders.
He vowed that they would resume today with their protests, adding that the coalition would picket the State House until Buhari returns or resigns.

â€œOur Mumu don do. Things must not continue like this. This country must not be perpetually left in auto- mode. We will resume here tomorrow (today) and will march on the Presidential Villa until we see the president,â€ he flared up.
However, the presidency described the protest as unnecessary, noting that there is no vacuum in government.

A statement by the Senior Special Assistant to Buhari on Media and Publicity, Malam Garba Shehu, said whereas the protesters reserved the right to embark on peaceful protests, they erred by making such demands because the president had already complied with constitutional requirement by transmitting power to his deputy.

According to him, in view of power transfer, governance activities are running unhindered, pointing out that such calls violate the constitution and hence, should be ignored. He insisted that the government would not be distracted by the groupâ€™s action.

â€œI wish to respond to media enquiries following demonstration by a few citizens this morning in Abuja. The demonstration is in the exercise of their freedom under the constitution, which guarantees their right to embark on peaceful protests.

So long as they remain peaceful, we have no problem with them. What is democracy if citizens canâ€™t peacefully demonstrate? On the second preturn, or resignation or certain explanations, I would say that they have over stepped their bounds.

â€œEqually, there is nothing like a power vacuum in the country given the competence and general harmony with which the whole government is running. Any such calls as being made by this or any other group represent an irrational assault on the constitution and should be ignored by well-meaning members of the public.

â€œThe need of the hour for this country is to rid it of corruption, reform and reinvigorate the economy and to fight crime and insurgency. The government is busy with the reconstruction and rehabilitation of infrastructure all over the country. It is creating jobs for the unemployed.

â€œIt has set its sights on the larger picture of the countryâ€™s development; investing in rail and power projects and redeeming the countryâ€™s image from the mountains of corruption scandals that have marred it. We will not, therefore, be distracted by this or any other groups,â€ he said. 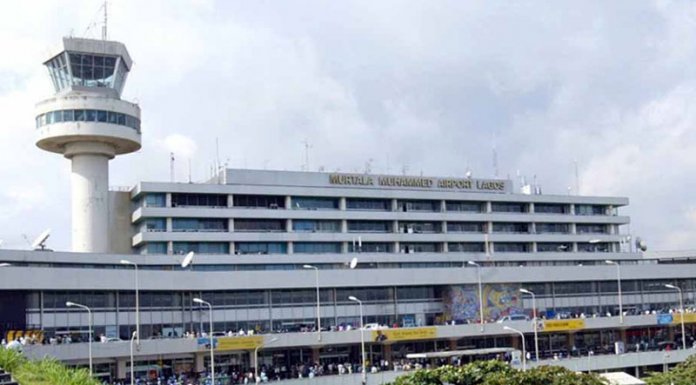 MMA2 Gets New X-ray Machines, Others