Chairman of the Ekiti State Universal Basic Education Board (SUBEB), Senator Bode Ola, has disagreed with the reports that former Governor of the state and Minister of Mines and Steel Development, Dr. Kayode Fayemi, was cleared of any complicity in the allegedÂ  misappropriation of N852.9 million fund belonging to SUBEB.

At a press conference in Ado Ekiti yesterday, Ola said: â€œFrom the
content of the committee report being referred to, it is clear without any ambiguity that financial crime was committed. It was established that the state government under Fayemi leadership fraudulently obtained loan from the bank and moved the fund out of the SUBEB account one year after.

â€œThe loan was gotten from the bank without agreement as to interest rate, terms of payment and no Irrevocable Standing Payment Order (ISPO).

â€œHow could he say the bank that he collaborated with to defraud the state and caused the suspension of the state from benefitting from UBEC funds granted loan without first agreeing on interest rate and terms of payment?

Meanwhile, Fayemi loyalists have urged him to declare his governorship ambition to run for the 2018 governorship race.

They urged him to join the race at the inauguration of the JKF Movement, a platform raised to mobilise voters and sell the candidacy of the minister of Mines and Steel Development in all polling units, wards, local government areas and senatorial districts in the state.

The SUBEB chairman disclosed that â€œon April 16, 2015, UBEC wrote a letter to the Ekiti SUBEB in which it said clearly that the action of the state government constituted serious financial crime and also violated Section 11(2) of the UBE Act 2004 and also went further to threaten to report to the Economic and Financial Crimes Commission (EFCC) if the N852.9 million counterpart fund was not returned.â€

He said Fayemi should rather use it as part of his defence at the Judicial Panel of Inquiry rather than running to the media to deceive the public.

â€œAlso, if the committee actually exonerated Fayemi, what then was the need for him to seek court injunction to stop the Judicial Panel of Inquiry?

â€œMost importantly, the Judicial Panel of Inquiry was not set up to witch-hunt anyone, and its terms of reference go beyond the SUBEB issue,â€ he stated.

Speaking after its inauguration in Ado-Ekiti, the state capital,
Chairman of JKF Movement, Pastor Ade Kolade, explained that the main focus of the group was to champion Fayemiâ€™s development, vision and ideals, and to create awareness that â€œthe current stalemate in the state development process can be reversed.â€

He said the state has retrogressed since Fayemi left office three years ago, hence the need to encourage him to come back to power and continue his development agenda for the state to join the league of developed states in Nigeria and a model of good governance. 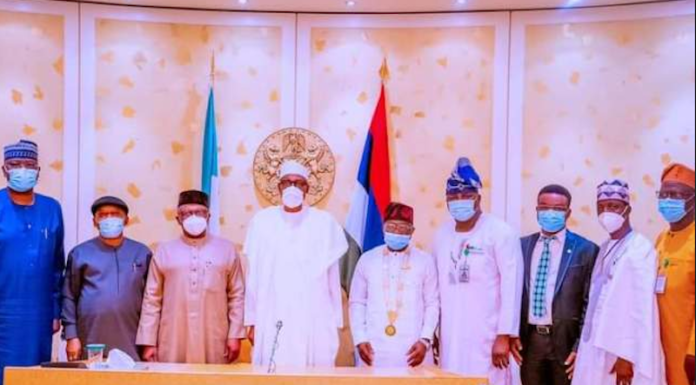