As power generation in Nigeria falls below a seemingly traditional 4, 000 megawatts, despite the rains that should normally fill up the hydro dams for optimum generation, Chineme Okafor writes on the issues behind the drop

For many months now, Nigeriaâ€™s power generation profile has failed to take a sustainable upward trajectory, frequently fluctuating at an average of 3, 444 megawatts. The latest reports from the Transmission Company of Nigeria indicate that between July 17 and July 23, a period of about seven days, a total of 22,978MW of electricity was generated and wheeled into the national grid by the TCN. The report equally indicate that the situation is far from what it was the previous week, when 25,819MW was generated and also wheeled by the TCN into the grid for distribution to the 11 distribution zones of the country.

Â Similarly, between July 17 and 25, daily statistics of obtained from TCN System Operator department indicate that constrained generation was about 5364MW, while about 11,738.5MW could not be distributed by the 11 electricity distribution companies because of poor distribution facilities.

In addition to this capacity loss, about N8.192 billion worth of revenue was deferred by the power sector on account of the inefficiencies. This was despite repeated claims by the Minister of Power, Works and Housing, Mr. Babatunde Fashola, that the government was resetting the operations of the countryâ€™s power sector.

Since 2011 when a one-time Minister of Power, Professor Barth Nnaji, embarked on a generation capacity recovery exercise prior to the electricity sector privatisation exercise, Nigerians usually enjoyed longer hours of electricity supply during the rainy seasons when water collection in the reservoirs of the three hydro power stations â€“ Kainji, Jebba, and Shiroro â€“ are high and able to drive most of their turbines to give out more power. This continued until about October when the rainy season peaked and water levels in the reservoirs began to recede with some turbines getting idle again.

At these times, power generated from the hydros is often combined with what is given out by the gas generation plants to grow generation to an average of 35000MW. Although, Fashola, stated recently that the current government inherited an average generation profile of 2600MW when it took over on May 29, 2015, records from the TCN for this period do not tally with his claims.

As at May 29, 2015, when former President Goodluck Jonathan handed over to President Muhammadu Buhari, TCNâ€™s records indicate that Nigeriaâ€™s grid had 3,205MW of peak power generation, 515MW higher that the 2,690MW Fashola quoted in a recent statement from his senior special adviser on communication, Mr. Hakeem Bello.

Moreover, peak generation on the previous day (May 28) was 3,155MW while the lowest generation mark the countryâ€™s grid recorded that period was 2,741MW, with over 60 per cent of the power generated from gas power plants.

The TCN indicated that the national peak demand forecast stood at 19,100.00MW, out of which 11,165.40MW was the installed available capacity, 7,139.60MW was the available capacity. It added that 7,000MW was the current transmission capacity, and network operational capacity of 5,500.00MW. The peak generation capacity ever attained in Nigeria was in February 2016, when 5,074.7MW was generated, while the maximum energy ever attained stood at 109,372.01MWh.

President of Nigerian Gas Association, Mr. Dada Thomas, recently decried the reliance on seasonal rains for improvement of generation and supply. Thomas stated that the nationwide shortage of natural gas supply was the most critical issue facing the Nigerian power sector.

According to Thomas, the NGA, gas producers and investors in the country would be at ease if the natural gas shortage was checked at least in the short term. He added that the shortfall in natural gas supply had been further worsened by pipeline vandalism.

Thomas said the problem was affecting cost-reflective electricity tariffs, Power Purchase Agreements, and regulation of gas price. He urged the federal government to take action to resolve the problem and other challenges that had made further investments unattractive for gas producers, processors, pipelines and transportation companies.

He also said the shortages could cause massive economic and social disruptions in future if Nigeria failed to act now and address the challenges of the sector.

Similarly, Nnaji, who to a large extent nurtured the sector into privatisation, reportedly expressed deep concern about the future of Nigeriaâ€™s power sector, saying the environment is not attractive for investment that can address the various challenges of the sector. He explained that foreign investors were not willing to invest in the sector because the government had not addressed major issues that would guarantee good return on investment. He noted that many projects had been stalled due to financial constraints and tariff issues.

Nnajiâ€™s 180MW capacity Geometric Aba power plant has remained encumbered by legal tussles with the Enugu Electricity Distribution Company over ownership of the Aba and Ariaria distribution networks, which the government in 2005 ceded to Geometric in a formal business agreement, but failed to respect in 2013 when it privatised and sold the Enugu distribution network to EEDC. Actions like this one by the government have worked to discourage investment in the power sector.

Despite expectations that the government would through a stable environment, open up the sector for private investment to reposition the power sector, it has failed to consistently invest to upgrade the countryâ€™s transmission network. Although Fashola said at a recent power forum in Lagos that the TCN would undertake 200 projects to improve power transmission and supply in the country.

Fashola said at the Nigeria Energy Forum that TCN would concentrate on completing the projects to ensure smooth transmission of energy to the national grid.Â  He also said at a public lecture at the University of Lagos that the transmission network had expanded to 6200MW because the government had completed transmission stations in Ikot Ekepene; Okada; Alagbon; Ajah; Katampe; and Sokoto, as well as awarded many more in places like Damboa; Pankshin; Osogbo; Kumbotso; and Odogunyan.

He stated, â€œThe logic therefore is that if projects to expand the grid are being completed and new ones started, it is either ignorance or mischief to continue to argue that the grid cannot wheel more than 5000MW. The correct, informed and sensible view is that the grid is dynamic and must grow as power production grows.â€

The minister added that the power sector would receive some impetus from the implementation of the recently approved Power Sector Recovery Programme initiated in partnership with the World Bank. 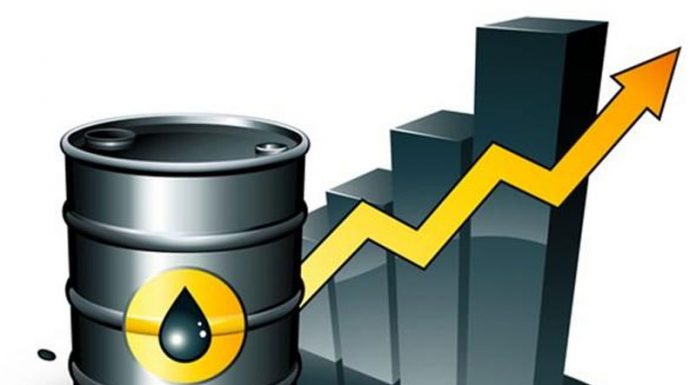