With the commencement of exportation of Yam to the United Kingdom and efforts to find buyers for other agricultural produce, the search for multiple FX sources looks good, writesÂ Olaseni Durojaiye

As the countryâ€™s foreign reserves show improvement compared to the figures posted this time last year and commendations trailed the Central Bank of Nigeriaâ€™s continued intervention via constant pumping of foreign exchange into the market, analysts have continued to call for a multiple supply source of FX into the market.

The development has appreciably eased the FX challenge in the system. Buoyed by the availability of United States Dollar reserves, the countryâ€™s apex bank have continued to intervene in the FX market by constantly pumping FX into the system. According to reports, the CBN has so far injected over $5 billion into the FX market since it unveiled its new FX policy actions.

The CBN interventions have equally drawn commendations from operators and stakeholders in the economy who cited Nairaâ€™s appreciation against major foreign currencies including the USD, Pound Sterling and the Euro, as well as the reduction of brokerage activities in the economy.

The commendations notwithstanding, analysts insisted still that there was need for other source of FX supply into the system.

Â They described the strategy adopted by the Central Bank of Nigeria (CBN) involving frequent pumping of foreign exchange into the market to boost the value of naira as commendable but may not be sustainable.

Amidst emerging trend regarding the foreign exchange generating potential in the agriculture sector value chain, economists and analysts are renewing calls for multiple foreign exchange supply sources to the economy,

Speaking in Lagos, President of the Nigerian Employers Consultative Association (NECA), Larry Ettah, said that in a proper economy, there should be multiple FX supply sources, which could be determined by demand and supply and warned that, in its present state, the economy is not well buffered against shocks arising from the international oil market.

According to Ettah who is also the Chief Executive Officer of UACN, â€œPeople get confused on how they play in the market. We are sustaining this because oil price is a bit high now. If oil price starts weakening, we will have a problem,â€ he said, adding that the current posture was not sustainable.

Another stakeholder and Director General of the Lagos Chamber of Commerce and Industry (LCCI), Mr. Muda Yusuf, has for long canvassed allowing autonomous sources of FX inflow including Diaspora remittances. According to Yusuf, the current FX regime where the CBN is the sole supplier is an aberration and not sustainable.

Also speaking with THISDAY, an economist and analysts with the Nigerian Economic Summit Group (NESG), Rotimi Oyelere, noted that the country needed as much FX supplies into the economy from all possible sources, arguing that it would boost confidence among foreign investors and support the nationâ€™s import needs.

Oyelere explained that, â€œIn the short term, we need enough FX supplies from whatever source, either from the CBN or from other means. The low hanging fruits in form of windows that we could explore include foreign portfolio investors, and foreign direct investments.â€

He reasoned: â€œIt will support our imports; it will give guarantee to foreign investors that may want to repatriate their capital.

â€œWe canâ€™t rely on non-oil export for now because operators in the sector have not been very sincere in terms of full disclosures; there are many illegal activities going on in that space so we canâ€™t rely on FX from that sector,â€ he stated.

â€œThose who are calling for multiple FX supply source to the market are right but the way I see it is the need for the current administration to intensify efforts to diversify the economy away from oil. The agriculture sector is a whole lot of value chain waiting to be tapped,â€ stated Wordu.

Although, Data obtained from NESG indicated that, â€œIn the third quarter of 2016, agricultural sector was held up to a growth of 4.54 per cent from the usual six percent, recent development in the sector support Worduâ€™s contention and portend potential to fetch the country some foreign exchange via exports of agricultural produces.â€

The Minister of Agriculture and Water Resources, Audu Ogbeh, had last week disclosed that the country was set to begin earning $7 billion annually from exporting 130, 000 tonnes of roasted cashew nuts to Walmart Super Market chain in the United States of America, USA.Â  He had said what Nigeria currently does is ship the nuts to Vietnam, who in turn roast and sell to the U.S.

â€œBut the other good news is cashew nuts. These things look small, but we are in conversations with Walmart, the biggest supermarket chain in the U.S., they came here and asked us to provide roasted cashew nuts for them. Their demand is 130,000 tonnes of cashew nuts per annum; the total value is $7 billion.Â

â€œOnce you can diversify your economy, if something goes wrong in one sector you can hang on to the other, â€ he said and added that these options were coming now because Nigeria was beginning to focus on non-oil export.

The minister had announced Nigeriaâ€™s yam export to United Kingdom which commenced last week. According to him, 72 tonnes of yam, which was to be exported in the first phase of the programme was different from some tonnes of yam that were earlier exported to New York on June 16 this year. This is also beside the formal commencement of yam exports to the United Kingdom and the prospect of reaping from an estimated $100 billion beans market in India, which the minister said, the country was looking to reap from. 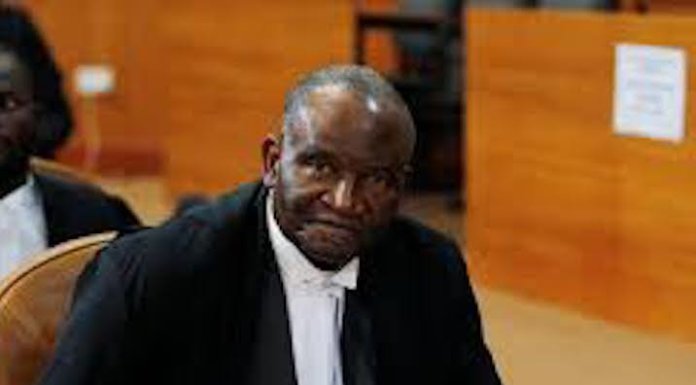