Alex Enumah in Abuja
A Federal High Court in Abuja TuesdayÂ discharged Senator Ali Ndume of all four-count charge bordering on terrorism preferred against him by the federal government.
Justice Gabriel Kolawole while discharging the defendant of the charges, held that the prosecution failed to establish a prima facie case against the federal lawmaker.

Ndume, who represents Borno South senatorial district in the Senate, has been standing trial since 2011.
Delivering ruling on the no-case submission filed by Â Ndume, Justice Kolawole held that the prosecution failed to link the defendant with the alleged heinous crime of hoarding information on terrorists activities and sponsoring the Boko Haram Islamic sect.

The judge also faulted the prosecution for failing to call eminent personalities to give evidence in respect of the charge against the defendant.
According to Kolawole, while the defendant admitted having contact with Boko Haram sect as a result of his appointment as a member of the Presidential Committee on Security Challenges in the North-east of the country and also admitted volunteering information to the state Director of the Department of State Services (DSS) and former Vice President, Namadi Sambo, in the National Assembly Â on Boko Haram operations, he said the prosecution never considered it necessary to invite the named people to give evidence in the trial.

Kolawole held that the failure of the prosecution Â to invite those personalities to give evidence was fatal to the case as it hindered the prosecution from discharging the burden of proof.
Justice Kolawole further said that from the totality of the evidence of the witnesses, the prosecution failed to give ingredients of the charges that would have warranted the senator to be compelled by the court to enter his defence in indictment charge.

He said the evidence of the Information Technology (IT) expert. Mr. Peter Olayiwola, did not, in any way help the prosecution because the content of the phone of one Boko Haram spokesperson, Aliyu Umar Konduga used to communicate with the defendant only revealed text messages on greetings when analysed by the expert.
He said none of the witnesses called by the prosecution gave valuable evidence upon which the defendant could have been linked with the crime.

Â The judge further said it was a settled law that where doubts arise in a criminal trial, such doubts must be resolved in favour of the defendant.
â€œWhat is more, the defendant in this matter admitted having contact with the Boko Haram sect but that he did so as a result of his appointment as a member of the Presidential Committee on Security Challenges in the North-eastern part of the country.

â€œIn the same vein, the defendant in the three different statements he made to the DSS upon his arrest, made it clear that he volunteered the information on his contact with the terrorism group to the state Director of DSS in the National Assembly and also to the vice president for their information.

Â â€œIt is worrisome that despite the fact that the defendant mentioned the names of those he volunteered information to, the prosecution never considered it necessary to call any of the named people to confirm the claim of the defendant, this to me left a big gap in the case of the prosecution,â€ he added.

Justice Kolawole therefore struck out the four-count charge and as well discharged Ndume of the alleged crime.
The judge also ordered that the travelling documents of the defendant submitted to the Deputy Director Litigation of the court should be forthwith released to him.
The federal government had in 2011 arraigned Ndume on a four-count criminal charge of hoarding information in respect of his contact with the Boko Haram sect and for also allegedly sponsoring terrorism act in the North-eastern part of the country.

However, at the close of the prosecutionâ€™s case, Ndume, through his counsel, Ricky Tarfa (SAN), on June 6, 2017, made a no-case submission and prayed the court to set him free from the criminal charge on the grounds that he was not in anyway linked with the crime. 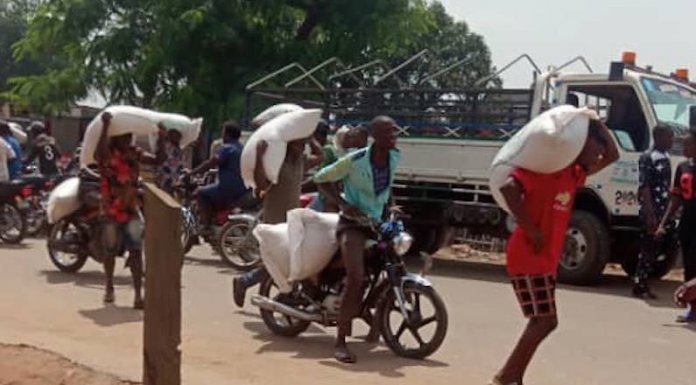