Stakeholders in the maritime industry have urged women to play active roles in the shipping sector of the economy.

They argued that if more women embrace the maritime industry, they would be in a vantage position to redress the present poor presence of the female folk in the shipping sector.

According to these stakeholders, when more women, especially young girl, they would help in no small way to redress the present imbalance between the number of men and women actively involved in the maritime industry.

They stated this in Lagos recently at a sensitisation programme to some secondary school girls on career opportunities in the nationâ€™s maritime industry.

The programme was organised under the auspices of the Girls Go-To-Sea Campaign (GGOTSEC), a pet-project of Face of Maritime International (FOMI).

Speaking in a lecture titled, â€œWhat a Man Can Do, a Woman Can Do Even Betterâ€, Usman informed the students that there were spaces for women in the maritime industry, adding that even if there was no space, they should create the space themselves. She maintained that gone were the days when the maritime industry was looked upon as menâ€™s world.

Usman reminded them that when they strive to create space for themselves in the maritime industry, they were not doing that only for themselves but for those coming after them just like those were currently on the stage were doing for young girls who are going to take over from them tomorrow.

Speaking in a lecture entitled, â€œCareer Opportunities in the Maritime Industryâ€, Peterside recalled that last year marked another milestone for women in the shipping/maritime sector to celebrate, particularly as the industry witnessed the appointment of Usman as the first woman Managing Director of the NPA.

Peterside who was represented by NIMASA Assistant Director, Shipping Development, Mrs. Mary Madu Hamman, reeled out the names of other high profile personalities in the shipping industry to include a one-time Director-General of NIMASA and current Secretary General of Abuja MoU, Mrs. Mfon Usoro, the current President of WISTA who is also a Director at NIMASA, Mrs. Mary Hamman, and Mrs. Funke Agbor, a Senior Advocate of Nigeria (SAN).

Usoro who was represented by Technical Expert to Abuja MoU, Mr. Richard Owolabi recalled that the International Maritime Organization (IMO) with headquarters in London, United Kingdom which is an agency of the United Nations and is in-charge of regulating international shipping had encouraged them to ensure that every young lady who is taking up a career at sea should be encouraged.

Her words: â€œIt is not only going to sea, you can be a manager to a shipping company and as a Managing Director who is here, she is a Chief Executive of a maritime organization. So, the avenue is very robust for you, not only going to sea as a marine engineer, as a nautical scientist, technician on-board ship butÂ as an administrator in the maritime industry. So, you are very welcome and I want to encourage you as much as possible to take part and take a career at seaâ€.

The crowned FOMI, Miss Greatest-Love Uwadiale had in her in her opening remarks, pointed out that the GGOTSEC which is her pet-project is a catch them young campaign programme targeted at Nigerian girls with a view to sensitizing and encouraging secondary school girls to take up careers in the maritime industry.

The chief executive officer of Platforms Communications and founder, FOMI, Mr Sylvanus Obasi in his welcome address disclosed that the GGOTSEC is a nationwide project which requires the FOMI queens and GGOTSEC team to visit public and private secondary schools across the federation for the purpose of raising awareness that maritime is not only for men.

He assured that with the official flag off, the team would take the campaign to other parts of the country, especially the littoral states when it is through with Lagos State. 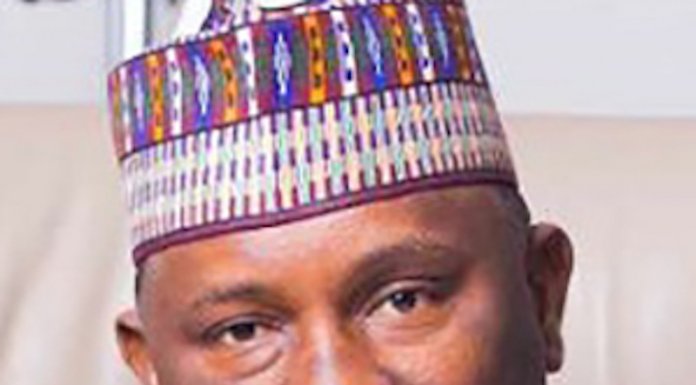