A former Chairman of Christian Association of Nigeria (CAN), in Irepodun Local Government Area of Kwara State, Pastor David Omorinoye and Chairman, Parents Teachers Association, Federal Government Girls College(FGGC) Omu-Aran, Mr. James Fabiyi at the weekend appealed to the federal government to expedite action towards the amicable resolution of the lingering industrial dispute involving some teachers of Unity Schools in the country.
They said that, if the issue isâ€Ž not urgently resolved, it may have a serious effects on the academic career of the students.

THISDAY checks revealed that teachers in the 42 Unity schools had few weeks ago embarked on a sit-at-home to protest the non-payment of their November 2016 salaries.
It was also revealed that teachers in 31 of the schools have been paid and had resumed duty leaving 11 schools of which Federal Government Girls College (FGC), Omu-Aran and FGC, Ilorin were among.
Since then, students of the affected Unity School’s have been on compulsory holiday.
Omorinoye and Fabiyi made the appeal in Ilorin, while speaking with Journalists over the ongoing strike action embarked on by the teachers of Unity School’s in the country.

Pastor Omorinoye maintained that the prolong absence of teachers and stoppage of academic activities in most of the schools affected, could jeopardise studentsâ€™ overall performance.
He expressed concern that incessant industrial action in the nationâ€™s institutions had remained a source of concern to religious leaders, adding that the development could be a stumbling block to the effort of the government toward achieving qualitative education for the citizenry.

According to him, â€œthe development is a negation of the desired change envisioned for the education sector. There is little the students can do to make up for the loss of academic lessons, especially those in SS- classes who are at critical periods of their academic pursuit.
â€œOur appeal to the federal government is to imbibe dialogue in achieving amicable settlement of the industrial action by the teachers in some of the unity schools.â€™â€™

The Chairman, Parent Teachers Association, FGGC, Omu-Aran, Mr James Fabiyi on his part, said the association had never relented toward ensuring amicable settlement of the dispute.
He expressed regret that teachers employed by the association were also prevented from carrying out their academic duties as a result of the industrial action.

â€œWe have made a formal appeal in a letter to the federal government through the Minister of Education for clearance of the November 2016 Salary which is the bone of contention.
â€œWe are still appealing to the government to consider the plight of the teachers and intervene for the students to resume their normal academic activities,â€ he said.

In the same vein, the Parents Teachers Association (PTA) of Federal Government College, Sagamu, Ogun state, has expressed displeasure over the disharmony between the federal government and the staff unions of Unity Colleges, saying that the strike action should not be extended to the point of jeopardising the success of the countryâ€™s education system which will in turn have undesirable effects on the academic achievement of the students.

According to them, â€œit is very disheartening to note that students of about 12 Unity Colleges in the country including FGGC Sagamu are at home while their contemporaries in private and other government secondary schools have been undergoing intense learning and other school activities for close to a month. The students are in dividing line either in their schools or at home with their parents. The endemic strike actions that have almost paralysed academic activities was mobilised due to irregularities in salaries and other allowances due for teachers in unity schools.â€

They asked why teachers are not given the right values and respect in the country saying, â€œIf the government truly wants a world-class education system, surely it should empower teachers rather than undermine them. Aside the bad reputation the strikes conferred on the education system; delayed and extension of duration of students in school and unjust compression of the syllabus and academic calendar will deprived students of adequate academic preparation and eventually have undesirable effects on the students achievement of educational objectives as laid down in the prescribed curriculum. â€

They appealed to the federal government to quickly respond to the teachers demands, saying, â€œ we ask the Association of Senior Civil Servant of Nigeria to consider the plight of the students in order to reach a compromise with the Government. In view of this, Parent Teachers Association (PTA) body has met with different stake holders in education in trying to negotiate a resolution to the present unrest.

For there to be any meaningful transformation programme, structural adjustment programme and many point agenda in the absence of education imperative in a country. Education, the process that involves all round development of cognitive, psychomotor and affective ability of individuals in the society in order to promote the advancement of the individuals, society and the world at large should not be relegated to the background in whatever manner. Bearing in mind, no nation can develop beyond the capacity of her citizens. 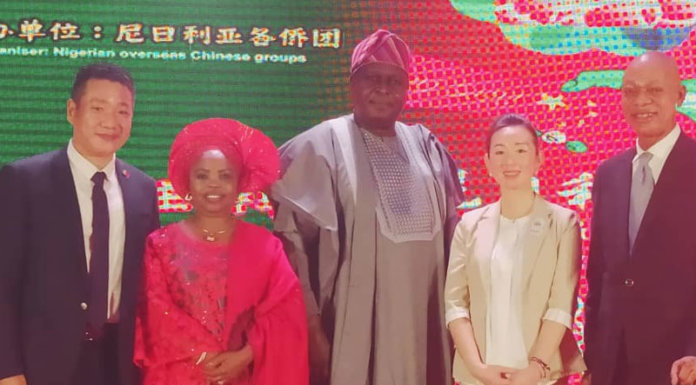