Hawking is a familiar word in Nigeria that immediately connotes the streets. It is the vocation of a majority of the masses of the country. Nearly everything is hawked on the streets of our cities, from sachet water to household items. There is something for everyone who wishes to buy while trekking, driving or commuting home after work. The wares are usually cheaper than the price tags you find in the supermarkets and big stores. That is why many of Nigeriaâ€™s average families do their shopping on the streets, whether from hawkers or mobile traders who display their wares along the roads.

That brings me to the subject matter of this article. The Debt Management Office, DMO, under the cerebral Director General, Dr. Abraham Nwankwo, has also been busy recently doing some hawking. It is hawking a uniquely distinct product named the Federal Government Savings Bond, FGSB. The FGSB, first issued in March, is a debt instrument with a tenor of between 2-3 years, and a minimum size of investment of N5,000 and maximum of N50 million.

The DMO is issuing the bond principally to mobilise resources from the general public, especially individuals and small savers, with a view to financing revenue shortfalls in the 2017 budget. The savings bond is the third debt instrument after the FGN bonds and treasury bills
This bond targets the ordinary Nigerians who do not have the resources to participate in the countryâ€™s capital markets. Over the years, the federal government has issued bonds, but it remained elitist bonds, which were sold as wholesale bonds to privileged individuals, corporate companies and organisation.

This is the first time government is making it bond available to all Nigerians who can subscribe with as little as N5000, which is the minimum subscription, or with as much as N50,000, which is maximum subscription. Because this is a bond for all Nigerians, especially for the low income categories, the DMO has appropriately chosen to hawk the product in the popular markets across the country.

It is not as if Nwankwo and his staff are carrying the bond in a tray across streets in the country to get Nigerians to buy in. The FGSB is issued at the capital market and investors would have to approach accredited stock brokers to buy. And there are about one hundred of them. All you need do is call your broker and tell him. Once you buy in, you get your quarterly dividend credited to your bank account, and at a good rate-13 percent. That is something you cannot get from commercial banks now.

But what DMO is doing is touring the country and meeting potential investors-the ordinary Nigerians â€“ and telling them what they stand to benefit from investments in the FGSB. It is novel and innovative, but certainly not an easy assignment. In a country where financial literacy is said to be below 10 percent, and illiteracy level is way above 70 percent, convincing the low income groups to part with earnings in such a way requires extra effort.

But the DMO is doing a pretty wonderful job of it, going to markets and town halls to sell the FGSB to the target markets. So in this case the medium certainly suits the message. The DMO train appropriately kicked off from kano, one of Nigeria and Africaâ€™s prodigious cosmopolitan markets.

Speaking at a One-day Grassroots Advocacy/Sensitisation Campaign on the FGSB in Kano, Nwankwo explained that the new investment opportunity would guarantee quarterly interest payments at a good rate. He added that the bond can also be used to secure loan facilities, pay school fees and build own houses.

â€œThe Federal Government Savings Bond can be traded at secondary market and is good for savings towards retirement, marriage, school fees and house projects, among other benefits, he added.
Besides, he said the savings bond would also give every Nigerian the opportunity to invest or participate in the programme with a view to enhancing their sociology-economic status.

â€œThe minimum subscription amount is N5, 000 with additions in multiples of N1,000, subject to a minimum of N50 million. Investors are not required to pay fees or charges to distribution agents when subscribing for the FGN savings bond in the primary market,â€ Nwankwo added.

Apart from personal benefits to investors, investments in the FGSB would help the country in the areas of poverty reduction and job opportunities as the federal government would use the loan for infrastructural developments.

In Onitsha, the heart of the Southeast and one of Nigeriaâ€™s busiest commercial cities, the DMO repeated it messages at similar function. Nwankwo said the FGSB came about because the President Muhammadu Buhari administration wanted a programme that could ensure the economic progress of all citizens and the development of the country.

â€œOne of the major challenges of Nigeriaâ€™s economic growth is that a large number of the people are getting poorer because they donâ€™t parÂ¬ticipate in the process of the development. The DMO has therefore decided that the opportunity which had been made available only to external and big domestic entities including wealthy individuals should be extended to all Nigerians irrespective of their income levels,â€ he said.

According to him, NiÂ¬geriansâ€™ participation in the FGNSB will encourage an inclusive economy as against financial and economic dualism; adding that the new scheme, which allows all segÂ¬ments to lend the FedÂ¬eral Government, would ensure the growth of the economy and create profit for lenders through the capital market.
The DMO boss asÂ¬sured Nigerians that the Federal Government would not default in the bond; stating that all borrowings used for budget implementation were approved by law.

The DMO train also stopped over in Ibadan, Southwestâ€™s largest city where traders, artisans and others were encouraged to be part of the countryâ€™s development effort. â€œThe rationale behind the issuance of the savings bond by the FGN is to deepen the national savings culture, to diversify funding sources for the government and establish benchmark for other issuers,â€ Nwankwo said.

He said savings bond offers guaranteed returns, and encourage financial inclusion among low income households. â€œIt enables individuals to enjoy those benefits which accrue to big investors in the capital market,â€ he said.

The bond also helps to increase access to funds available for investment in the economy, thereby facilitating gross capital formation and increase in output within the economy. This is one investment product that is truly creating a bonding for national development.

– Okoro wrote in from Port Harcourt 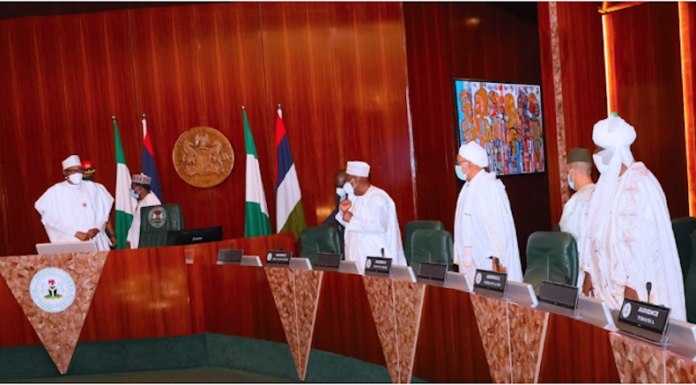