Omololu Ogunmade in Abuja and Ibrahim Shuaibu in Kano

Acting President Yemi Osinbajo on Thursday in Katsina said he was very delighted to have visited the home state of President Muhammadu Buhari, because the president treats him like a son.

The acting president, according to a statement by his media aide, Laolu Akande, was in Katsina on a one-day working visit to attend the launch of the stateâ€™s Micro, Small and Medium Enterprises (MSMEs) clinic.

The clinic was a forum for small-scale businesses, industry and stakeholders in the public and private sectors who are involved in developing MSMEs in the country.

Osinbajo, while speaking at the palace of the Emir of Katsina, Dr. Abdulmumini Usman, said he cherished his relationship with Buhari in the last two years because he does not only treat him like a brother but also like a son.
â€œThe president has been treating me as a brother. In fact, the president has taken me as a son in the way he treats me.

â€œGoing by the amount of responsibilities the president has given me, it shows that he seriously believes that we can live as brothers in this country.

â€œHe seriously believes in the unity of Nigeria. I pray the Lord will preserve our president to continue to lead us just as the nation has voted him to do so.

â€œOne of the reasons why I feel very much at home in Katsina State is because this is the home of President Muhammadu Buhari who has taken me more like a brother.

â€œIn fact, sometimes more like a son than his vice-president,â€ he said.
He explained that the idea of the MSMEs clinic was the administrationâ€™s design to close the gap between small businesses and relevant federal government regulatory agencies such as the National Agency for Food and Drug Administration and Control (NAFDAC), Corporate Affairs Commission (CAC), Standards Organisation of Nigeria (SON), Bank of Industry (BOI), and the Federal Inland Revenue Service (FIRS), so that the agencies can become facilitators of businesses and not obstacles to business development.

Speaking on the presidentâ€™s conviction about the clinic, he said: â€œWhen he gave the 2017 budget speech in December 2016, the president said the central vision of our government is to grow everything that we would eat and to make everything we would use.â€

The statement said Osinbajo added that the newly launched Economic Recovery and Growth Plan (EGRP) places a high premium on the nationâ€™s capacity to grow its export potential instead of continuing to depend on imports.
He also said the focus of the plan was to develop â€œthe capacity of Nigerians to do everything that we need internally; to become a net exporter of the various things that we are importing todayâ€.

He also explained that the federal governmentâ€™s reason for the inauguration of the MSMEs clinic was to give small businesses the opportunity â€œto meet with the industry regulators, to talk to them and to hear their problemsâ€.

But just as the acting president spent the day in Katsina, the Northern Elders Forum (NEF) on Thursday in Kano counselled him to be wary of mischievous elements who are plotting to overheat the polity by taking advantage of the absence of the president to achieve dubious political goals.

In a communiquÃ© issued after its two-day emergency meeting in Kano, the NEF warned those seeking undeserved political advantage to desist from doing so.

According to the communiquÃ©, â€œThe north is conscious of its obligations and rights and will not hesitate to discharge and defend them without reservations.â€

The communiquÃ©, which was jointly signed by the forumâ€™s spokesman, Professor Ango Abdullahi and Deputy Leader, Chief Wantaregh Paul Unongo, added: â€œWe (NEF) are aware that attempts are being made to exploit the absence of President Buhari to achieve dubious political goals.â€

The forum also advised Osinbajo to â€œexercise his responsibilities as he did in the past, with commitment, sensitivity, and respect for the constitutionâ€.

â€œWe urge him to ignore mischief which seeks to pit him against the president or the Nigerian people whose mandates they both exercise.

â€œThe task of governing the nation will continue uninterrupted until the return of President Buhari. We therefore appeal to all persons with responsibility to cooperate fully to sustain a united, focused and committed administration.

â€œWhile commending the sterling contributions of Senate President Bukola Saraki and Speaker of the House of Representatives, Hon. Yakubu Dogara in providing the necessary leadership to stabilise the polity, we appeal to the executive and legislative arms of government to work together to pass the 2017 budget without further delay,â€ it added.

On the clamour for restructuring, the forum said the north was not afraid of the call to restructure the country, but warned that the call for doing so has come with sentiments â€œwhich tend to create tension around our coexistence as a nation that is diverse and unitedâ€.

â€œFor the record, the forum wishes to state that the North welcomes honest and sincere discussions on all aspects of our existence, and remains available to engage any group to discuss and advance the nature of our union,â€ the group said.

It went on to welcome the release of the 82 Chibok schoolgirls and called for adequate attention to the rebuilding of the North-east ravaged by the Boko Haram insurgency.

The northern elders also commended the leadership of Governor Abdullahi Umar Ganduje of Kano State and charged â€œall persons who exercise leadership responsibilities to be sensitive to the fact that they need to work harder to reduce poverty, youth delinquency and unemploymentâ€.

The group said: â€œNorthern governors in particular are reminded that they carry huge responsibilities to exercise their mandates which will expire in 2019. The forum stands ready to assist in improving good governance and accountable leadership.â€

The group also prayed for the return to full health of the president and commended his steadfast respect for the constitution in the manner he assigned responsibility to Osinbajo whenever he has had to travel abroad to seek medical treatment. 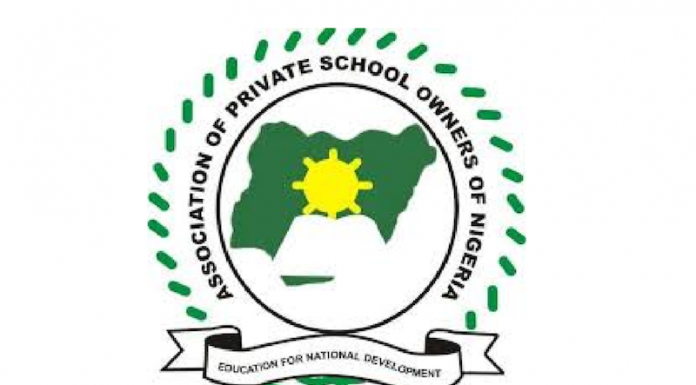