Investor confidence in the Nigerian financial market had taken a few knocks in recent years. This decline was largely as a result of then weakening of the countryâ€™s currency as the Central Bank of Nigeria (CBN) introduced measures that would help preserve the naira exchange rate following the drop in crude oil prices as well as the country’s earnings.

However, experts believe that developments in the foreign exchange (FX) market since February this year when the central bank adjusted its FX policy, would significantly help in rebuilding investor confidence in the economy. The experts spoke at 2017 FX seminar that was organised by Access Bank Plc in Lagos recently.
They all expressed optimism that the new CBN FX window for importers and exporters which was recently opened essentially for foreign investors and exporters, would also help in strengthening confidence in the market.
The CBN had last month established a fresh widow for investors and exporters tagged: â€œInvestorsâ€™ & Exportersâ€™ FX Windowâ€.

A circular issued by the CBN had disclosed that the purpose of the fresh forex widow for investors and exporters was to boost liquidity in the forex market and ensure timely execution and settlement for eligible transactions.
To the Divisional Head, Market Development and Regulation, FMDQ OTC Securities Exchange, Jumoke Olaniyan, introducing the new FX window was a step in the right direction towards bringing back confidence to the market. She described the move as a journey towards achieving a free-floating market.
â€œThe investors and export window is one where the two parties in the market are allowed to execute trade at a mutually agreed rate. I think that is the first principle of a functioning market.

â€œThe market is beginning to find itself from what we see daily. There is convergence happening. The supply side and the demand side are beginning to talk to each other and are beginning to come to some agreement on what the right price should be. I think it is a step in the right direction.
â€œI think how we need to take that confidence further is by providing data on information and data on the pricing. Once we are able to bring that on board and it is regular, I think that would help to rebuild confidence in the market,â€ she explained.

FX Market Structures
The Group Head, Global Markets, Access Bank, Mr. Dapo Olagunju, who highlighted the various structures of the official FX market, explained that the first arm of the market is the interbank where rate is presently around N305/$. The players in that market are essentially the international oil companies (IOCs) such as Shell, Total and other exporters of crude oil, which are the sellers in that market and the buyers are local importers of petroleum products, while the banks act as intermediary. Another market is what is referred to as the central bank window, which is where the CBN sells dollars. Here, there are three components of the market: the first one is the retail intervention done by the CBN where customers make their demand through their banks and the banks send the list to the central bank. The CBN then decides the amount to be sold.

Olagunju also explained that there is the wholesale Secondary Market Intervention Sales (SMIS), in which the banks would approach the CBN to buy dollars, for them (the banks) to retail to their customers. The key difference between the retail and wholesale is that it is the bank that determines which customers would be sold to. On the wholesale side, the bank determines the rate, but on the retail side, the customer determines the rate, he added.
The third component of the CBN FX market is travel FX rate. These are people that want to pay for personal travel allowance (PTA), business travel allowance (BTA), medical expenses, among others. The rate is N360/$1 to the end users, but the banks buy at N357/$1.
In addition, he listed the new FX window for importers and exporters window which has just been opened essentially for foreign investors and exporters, saying it would help meet FX demand by those that are in urgent need of the greenback.
â€œAnd if you think that N305/$1 is not a good rate for you to sell your dollars, either as a foreign investor or as a non-oil exporter, you can sell your dollars on that market at any rate you are able to get it,â€ he said.

Rebuilding Confidence
The Chief Executive Officer, Access Bank Plc, Mr. Herbert Wigwe, said recent developments in the foreign exchange market and the attendant impact on the market and businesses at large, would help stimulate economic growth.
This, according Wigwe, not only provides hope for businesses all around Nigeria that had been incapacitated by the constrained liquidity of the FX market; but also shows clearly a road map to bringing the country back as an investment hub of the financial world.

â€œI will like to thank the Governor of the Central Bank, Mr. Godwin Emefiele, and his team for the bold and laudable policy directives given in recent times to jump start the Nigerian economy and reactivate liquidity in the FX market. This not only provides hope for businesses all around Nigeria hereunto incapacitated by the constrained liquidity of the FX market; but also shows clearly the roadmap to bringing the country back as an investment hub of the financial world.
â€œAs a bank, our commitment to the development of the Nigerian financial market is unflinching and deeply rooted in our desire to see a liquid, structured, sustainable and well developed market that is global in its reach and conducive for businesses,” he said.
To the Group Deputy Managing Director, Access Bank, Roosevelt Ogbonna, the new FX policy would have positive effect, particularly on the supply side of the market.
However, the Managing Director, Renaissance Capital Nigeria Limited, Temi Popoola, who revealed that there are billions of funds searching for where to invest, said a lot of frontier investors are still on the sidelines waiting for Nigeria to get its policies right.
â€œOne thing that common with all the classes of investors is that they need confidence to come in. At the end of the day, financial markets are driven by confidence.
â€œThis is trying to say confidence in Nigeria in the past 18 months have broken. Confidence takes a long time to build, but it probably takes two or three trading sessions to damage it.
â€œSo, where Nigeria is today, you canâ€™t paint everybody with one brush because there are still classes of investors who find Nigeria attractive and they are still asking questions,â€ he added.

The CEO, Financial Derivatives Company Limited, Mr. Bismarck Rewane, pointed out that anything that increases FX supply and increases the number of suppliers to the market, helps.
“So, the new investors and exports FX window increases the number of suppliers to the market and reduces the dominance of the CBN in the official market and moves us closer to the Real Effective Exchange Rate (REER) path. When you do that, investors who are shy and are bringing in their monies through all sorts of corridors, would bring it out in the open. Basically, what they are doing is making the market more perfect.

“So, anything that moves you close to a perfect market will help you and one of those things is information. Information is a critical element in price discovery. It will make the CBN to just be a player, and not a dominant player in the market. We are recovering. So you must have hope that things are getting better, both from policy, market perspectives. So, I am confident that with the policies that you see now, that we are heading towards a REER, which is a panacea to us achieving sustainable growth in the fiscal space and hopefully by 2021, you would achieved that level of development which is sustainable” he added.
Rewane argued that a misaligned exchange rate was a distraction on the productivity cost of most firms.
Following the development in the FX market, the FDC boss projected that Nigeriaâ€™s balance of trade was expected to improve from -$0.5 billion to $3.8 billion before the end of next year. The balance of trade is the difference between a countryâ€™s imports and its exports for a given time period.
He however disclosed that Nigeriaâ€™s terms of trade in 2017 is now 15.9 as against 18.9 in 2015.

â€œThe current naira appreciation is as a result of four factors â€“ mainly a sharp increase in our oil revenue estimated at a monthly value of $2.5 billion; a policy shift towards a discriminating crawling peg effectively depreciating invisibles from N305/$ to N360/$; a 16.9 per cent increase in the quantity supplied over first quarter 2016 to $6 billion; and the opening of a new investor/exporters window as a proxy for price discovery.â€

He noted that with oil price averaging $52 per barrel and production at 1.8mbpd, revenue would be enough to meet trade finance obligations. According to Rewane, Nigeria will struggle to meet capital and infrastructure funding obligations. 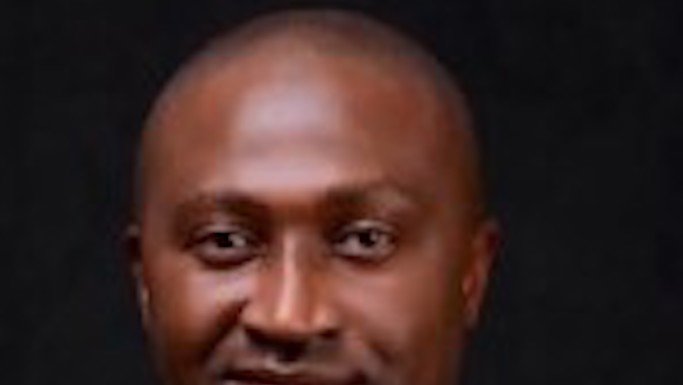