The NCC should celebrate its recent rating with circumspection

For the Nigerian Communications Commission (NCC), the regulator of the nationâ€™s bourgeoning telecommunication sector, its recent platinum rating by the Bureau of Public Service Reforms (BPSR) was a huge morale booster. But to the extent that several challenges still plague the sector, the NCC cannot afford to roll out any drums.

Â However, it is gratifying that the NCC has been proactive in addressing some of the critical challenges, including those being faced by the telecom operators which include difficulty in acquiring new cell sites, multiple taxation and regulation, vandalism, power supply, etc.

The main challenge is that there is not so much that the regulator can do without the support of other stakeholders. Only a few months ago, for instance, the NCC Executive Vice-Chairman, Prof. Umar Danbatta lamented that the Memorandum of Understanding signed between Nigerian Governorâ€™s Forum (NGF) and a former Minister of Communications, which covered all vital issues, was not adhered to. He added that some of the government agencies across the country often threaten to shut down the Base Transceivers Stations of the networks over alleged refusal to comply with their tax regime.

Â However, it is increasingly evident that the NCC is now more alive to its responsibilities by introducing the 2442 short code to enable consumers opt out of telemarketing (unsolicited massages) while a toll free dedicated line for complaints has been reinvigorated. Earlier in the year, the NCC, in conjunction with the Central Bank of Nigeria (CBN) also intervened to save Etisalat from the receiverâ€™s hammer, bringing succour to the thousands of workers and other vendors that would have been adversely affected by a possible liquidation of the telecom service provider.

Following the hefty fine imposed on MTN by the federal government, essentially for flouting the NCC regulation on theÂ registration of Subscriber Identification Module (SIM) cards of its customers, the commission has been strengthened in the application of its regulatory powers over the networks. But the average Nigerian consumer is still having a raw deal as poor services continue to define operations in the sector. The BRSC rating should therefore be seen as a sort of encouragement rather than something to gloat about.

Established in 2003 as the lead agency and engine room for integrated public service reform implementation, coordination and harmonisation, the BPSR undertook the assessment of the organisational processes of the NCC for about 15 months and concluded that the telecom regulator was excellent, awarding it a 94 per cent platinum grade.Â The Bureauâ€™s Director General, Dr. Joe Abah, itemised the criteria for the evaluation to include accountabilities and responsibilities for set standardised operating procedure (SOP) manuals of the commissionâ€™s 19 departments as well as accurate measurement of responsibilities and performance assigned to staff.

After acknowledging that the NCC had a sense of where it was going and how it would get there, the bureau explained that the regulatorâ€™s vision, strategy and impacts complement the sectorâ€™s organisational direction. The bureau also rated NCC very high in procurement processes saying the commission â€œhas adequate systems, processes and experienced personnel responsible for executing its procurement activities in line with extant provisions of the Public Procurement Act.â€

Â Danbatta promised that the commission would continue to work for improvement in the quality of service with Nigeria having already attained 21 per cent penetration, a quantum leap from 10 per cent in the last two years. It is therefore our hope that this rating will ginger it to a higher performance and translate to better service delivery in a sector that its subscribers continue to complain about inefficient services from providers. 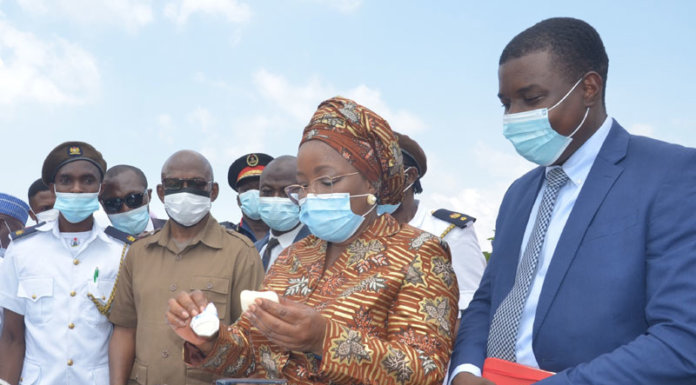