London listed like a cruise ship on the day Cherry, wife of the Esama of Benin, Chief Gabriel Igbinedion, clocked 65. On that day, Igbinedion feted his wife with a party so lavish it caused even the British aristocracy to go green with envy. That Igbinedion knows how to party at well over 80 years old is an open secret. The Esama of Benin has been throwing lavish parties for years.

Thus when the opportunity presented for him to honour his wife in faraway London, Igbinedion caused the tourist city to stand still. It would be recalled that when she celebrated her 60th birthday five years ago, the Esama bought her a customized convertible Rolls Royce to express his love for the woman who has been with him through thick and thin. Though, he didnâ€™t announce what he bought for her 65th birthday, family and friends are certain that it must be mind-blowing. The Esama, they acknowledge, never takes for granted any opportunity to give his wife a treat. So great is his love for her that he speaks of her in glowing terms, enthusing about the unflinching support he enjoys from her. He glowingly describes her as the â€œpillarâ€ upon which his successes are built.

IF EVERY BANK CHIEF HAD A WIFE LIKE LOTANA UZOKA…
â€¢THE ASTOUNDING HUMILITY AND SEEMLINESS OF UBA MDâ€™S WIFE
Lotana Uzoka, like her husband, is dignified. The dutiful wife of UBA MD, Kennedy Uzoka, affects the moonâ€™s modest nature. This makes her entrancing to behold and relate with. Her splendour is never fully displayed for long for mortal eyes to indulge. Lotana is unpretentious in humility. Her unabashed modesty offers valuable lessons on what wantonness should be scorned and what values to court. She looks to simplicity, embraces purity, lessens the self and diminishes desire. It was so heartwarming to see her at the UBA CEO Awards night some days ago.

She is no doubt one of the very few wives of top bankers who donâ€™t make a song and dance of their fortune and privileges. Though Lotana is easy-going and indifferent to the frills and thrills, vanities and shenanigans of high society. Not even her husbandâ€™s position and power have changed her outlook on life. Perhaps the tedious caucuses of rich, spoilt, garrulous wives of Nigerian bank chiefs would emulate her and desist from throwing their tiresome weights in peopleâ€™s faces. Lotana is really enjoy now after all she has been with Kennedy through thick and thin.

HIGH SOCIETY THRONGS BAUCHI TO HONOUR NNPC GMD, MAIKANTU BARUâ€™S MOTHER IN DEATH
Again, bliss sputters to untimely death in the household of Maikantu Baru. Like a worn engine sputtering to sudden death, maternal bliss has disappeared from the abode of the Group Managing Director (GMD) of the Nigerian National Petroleum Corporation (NNPC). The bliss and luxury of having a mother and basking in her goodwill and warmth has finally deserted the doorsteps of Baru. Baru recently buried his late mother, Hajiya Fatima Baru, who passed away last Thursday, at the age of 102.The late Hajiya Fatima, was buried in her hometown of Misau in Bauchi State last Friday amid an outpour of emotions and tributes. The top oil and gas players who want one favour and the other came in private jets to commiserate with Baru and register their presence apparently in consideration for future favours from the bereaved.

Prior to the burial ceremony, Bauchi airport became a beehive of activities. It was indeed top-notch event and no doubt, the his late mom would turn in her grave for what her son did to honour her. From traditional rulers, captains of industry and top government functionaries to Misau indigenes, family friends, relatives and associates of the GMD, the funeral attracted a large turnout of guests from far and near. However, Baru will do well never to forget that itâ€™s because of his privileged position that his motherâ€™s burial attracted such a large turnout by Nigeriaâ€™s high and mighty. The moment he leaves his position, he ceases to become the darling of Nigeriaâ€™s high society.

THE GRAND BETRAYAL…HOW FOLORUNSHO ALAKIJA WAS DUPED BY STAFF
Folorunsho Alakija is too rich to howl. But it hurts too much for the billionaire magnate and one of Africaâ€™s richest women entrepreneurs to wave off her employee, Vincent Ayewahâ€™s betrayal with a shrug. You could be forgiven for thinking Vincent has a dark heart. Donning false smiles like silk robes, he betrayed his employer, defrauding the latter of money amounting to three million naira.

On Monday, her counsel told an Ikeja Division of the Lagos High Court how one Ayewah, an employee of Alakijaâ€™s Rose of Sharon Foundation, allegedly connived with his friends and siblings to forge the identity card of the foundation with different names to defraud the organization. The Rose of Sharon is an organisation founded by Alakija to empower widows as well give scholarships, up to the university level, for their children and orphans. Alakija petitioned EFCC and she was invited to shed more light on the incident. â€œThe letter of investigation activities were written to banks like Fidelity Bank, Stanbic IBTC bank and others,â€ said Wasiu Ganiyu, an operative of the Economic and Financial Crimes Commission.

â€œIn view of that, other suspects were arrested for which they volunteered their statement under word of caution. â€œA search was conducted in the house and premises of the suspects including one Mr. George who is the maker of the forged identity cards. The forged identity cards and computer used were all recovered.â€ Mr. Ayewah is facing a two-count charge of conspiring with his siblings and friends to steal N3 million from the Foundation.â€ 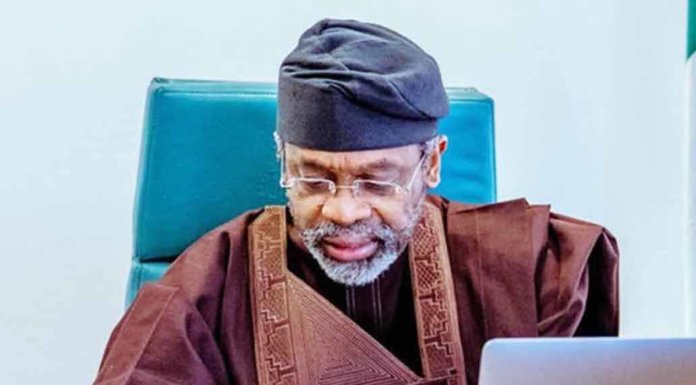