The Organisation of Petroleum Exporting Countries (OPEC) wants oil inventories to decline further and is working to ensure that a policy-setting meeting scheduled next month reaches consensus, the groupâ€™s secretary-general said thursday in comments pointing to an extension of a global supply cut.

However, crude oil prices thursday dampened OPEC optimism as prices fell to four-week low with both Benchmark Brent and US crude future falling more than two per cent in late morning trade, extending losses to drop below their 200-day moving averages.

OPEC, Russia and other producers originally agreed to curb production by 1.8 million barrels per day (bpd) for six months from January 1, 2017 to support the market.

Reuters reported that oil prices have gained support from the pact but a supply glut has been slow to shift, limiting their increase.

As a result, OPEC members including top exporter Saudi Arabia have signalled support for extending the deal at a May 25meeting.

OPEC Secretary General, Â Mohammad Barkindo, while speaking at a conference in Paris, and other officials from OPEC countries said the oil market was moving towards a balance between supply and demand with the help of the agreement.

OPEC and a number of non-OPEC producers meet on May 25 to discuss extending output curbs that cover the first half of 2017.

The cuts total 1.8 million barrels per day, two-thirds of that from OPEC producers, and are aimed at clearing a supply glut that has depressed oil prices.

Luaibi added that Baghdad would go with the consensus reached by OPEC when the group meets in Vienna next month.

â€œI see the oil market pointing upward and expect it to continue improving,â€ he added.

Barkindo said consensus on a decision during OPECâ€™s next meeting was â€œgradually building up.â€

In spite of OPECâ€™s optimism, Brent yesterday fell to $50.45 a barrel, just above the key $50 technical level.

US oil prices fell below $49 a barrel amid deteriorating gasoline futures and a higher dollar in the wake of the European Central Bankâ€™s latest interest rate decision.

News that Libya had restarted two of its main oil fields after protests also added to selling pressure. Libya is one of two exporters exempt from OPECâ€™s production cuts aimed at reducing a global oversupply of oil.

The International Energy Agency said in its latest monthly market report that oil stocks in industrialised countries stood at around 3.06 billion barrels at the end of February, a figure that mostly includes crude and oil products.

Stocks were some 336 million barrels above the five-year average, the Paris-based IEA said. 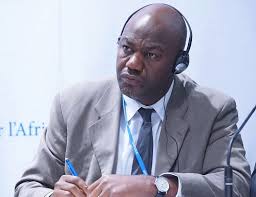