The Presidential Fertiliser Initiative of the Muhammadu Buhari administration has started yielding results, with the production of more than 4,000 metric tonnes of locally-blended fertiliser in the first week of operation.

This was contained in a statement issued on Monday in Abuja by the Senior Special Assistant to the Acting President on Media and Publicity, Mr. Laolu Akande.

The initiative was approved by President Buhari in December 2016, to achieve the local production of one million metric tonnes of blended nitrogen, phosphorous and potassium (NPK) fertiliser for the 2017 wet season farming.

Prior to December 2016, Nigeria’s stock of blended fertiliser was shipped into the country as fully-finished products, even though urea and limestone, which constitute roughly two-thirds of the component of each bag, are available locally.

The objective of the presidential initiative is to procure the four constituent raw materials for NPK Fertiliser – locally-sourced urea, locally-sourced limestone granules (LSG), Diammonium Phosphate (DAP) imported from Morocco, and Muriate of Potash (MOP) sourced from Europe – and blend these locally to produce NPK Fertiliser at a much reduced cost.

Akande said the fertiliser would be delivered to farmers at a starting price of about N5,500 per bag, compared to the N8,000 – N9,000 cost of imported fertiliser.
The Presidential Fertiliser Initiative is being executed by the Nigeria Sovereign Investment Authority (NSIA) through a Special Purpose Vehicle that would roll out the one million tonnes of NPK Fertiliser in five batches of 200,000 metric tonnes each.

Production of the first batch is expected to be completed by the end of March.
Beyond the broader goal of ensuring food security for the country by providing high-grade fertiliser to enhance harvest in the 2017 farming season, the Buhari administration is by this initiative reinforcing its commitment to reviving and diversifying the economy, and creating growth, through a focus on agriculture.

The Presidential Fertiliser Initiative is expected to stimulate local production of NPK Fertiliser by resuscitating moribund fertiliser plants, and reviving the local blending fertiliser industry.
It is also expected to make fertiliser available to Nigerian farmers at affordable prices and in time for the 2017 wet season farming.

Government also planned to save US$200 million in foreign exchange, and N60 billion in budgetary provisions for fertiliser subsidy while also creating thousands of jobs.

In a related development, Akande said the federal government has announced plans to build a gas industrial park valued at about $20 billion through a Public-Private Partnership model in the Niger Delta.

Akande, who disclosed this in another statement he issued on Monday said the park was a result of recent engagement between the federal government and stakeholders in the Niger Delta.

Tagged: ‘Gas Revolution Industrial Park, (GRIP)’ and envisaged to be a regional hub for all gas-based industries, the project, Akande said, would cover 2700 hectares with fertiliser, methanol, petrochemicals, and aluminium plants located in the park that has already been designated as a Tax Free Zone by the federal government.

The plant will be sited at Ogidigen in Delta State. He quoted Osinbajo as saying that the Buhari administration “is committed to the development of the Niger Delta, and the importance of this project is underlined by the presidential attention it is attracting. The presidency is very interested”.

Before he went on vacation, President Buhari had mandated the vice-president to embark on visits to oil-producing communities to demonstrate the resolve of this administration to the pursuit of a new vision for the Niger Delta.

“The building of an industrial gas hub in Delta State was one of the feedbacks that was received during the visit to the state,” Akande said.

Akande said Osinbajo had already met with international developers and investors on the project. Those who attended the meeting alongside Osinbajo were: the Minister of State for Petroleum Resources, Dr. Ibe Kachikwu; the Nigerian National Petroleum Corporation (NNPC) Group Managing Director, Dr. Maikanti Baru; and other top government and NNPC officials.

Akande said a group of international investors and developers put together under a consortium by a Dubai-based firm, AGMC, would handle the project.

The consortium is made up of Fortune 500 companies like the GSE&C of South Korea, the China Development Bank, Power China and several other global operators from Asia and the United Arab Emirates in the Middle-East.

He said: “Under the plan presented today by the consortium to the Acting President, about $20 billion would be invested to develop the Gas Revolution Industrial Park, and generating 250,000 direct and indirect jobs in the process.”

He said the park would be a cluster for several industries in one location benefiting from an efficient, cost-competitive and abundant supply of natural gas, proximity to a deep sea port and centralised utilities and services such as uninterrupted power, world class telecommunications and processed water.

Akande said: “The park, originally conceived by NNPC, is located about 60km from Warri, and is about 1km away from the operational base of Chevron Nigeria Limited.

“It will be connected to over 18 trillion Cubic Feet of gas reserves in fields such as Odidi, Okan, Forcados, located within a 50km radius. It is equally planned that the park will be connected to Nigeria’s most dominant gas pipeline network-ELPS, enabling supply of gas to and from the park.”

Akande quoted the acting president as saying that the project’s steering committee chaired by the Minister of State for Petroleum Resources had already been put in place and that shows the level of our commitment.

The acting president said: “We are unwavering. We take the project very seriously and glad to see you are committed and ready to make several other commitments. This is a process that we intend to see happen.”

In his own remarks, Kachikwu expressed confidence that the GRIP would bring the much needed succour to the people of the Niger Delta, and the oil-producing states.

Speaking earlier, the leader of the group of investors and developers, Sheikh Mohamed Bayorh, stated the commitment of the consortium, adding also that the project is important to solving the Niger Delta crisis. 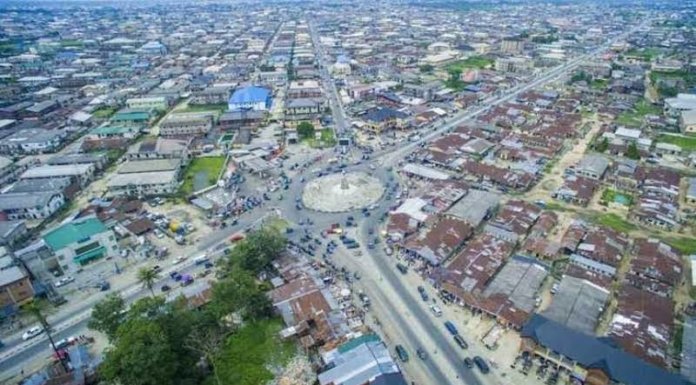