Twenty per cent of the currency in circulation is fake, a former Deputy Governor of Central Bank of Nigeria (CBN), Dr. Obadiah Mailafia, has disclosed.

Mailafia made the disclosure yesterday while speaking at the opening session of a three-day public hearing on the 2017 budget appropriation process in the National Assembly on the topic: “Public Finance in the Context of Economic Recession: Innovative Options.”

The ex-banker who said investors’ knowledge of the huge economic potential in Nigeria was the reason for the recent oversubscription of the $1 billion Eurobond sale by the federal government, adding that it was saddening that the concerned authorities appear to be oblivious of the gravity of the fake currency in circulation, which he said was highly detrimental to the growth of the economy.

According to him, when fake currencies of that magnitude circulate, original currencies become scarce, warning that “bad money chases away good money”.

Mailafia blamed the recession in Nigeria on a number of factors such as the fall in oil prices, dwindling foreign reserves, a weakening naira, negative growth, and the existing gap in public policies.

He described the American depression of 1929 as one of the worst in world history, recalling that though the crisis was caused by a stock market crash, it was compounded by the myopic intervention of the U.S. government at the time, which he said increased the interest rate in the face of the recession, instead of lowering it.

Mailafia warned the federal government and financial regulators against the high interest rate regime, pointing out that it would only aggravate the nation’s economic woes.

He also warned against a hike in taxes, suggesting that the federal government should expand its income tax base by getting more people to pay taxes instead of increasing them, stating that doing so will further impede economic growth and investment.

He also narrated how the U.S. government headed by Franklin D. Roosevelt later rescued the depressed American economy by boosting consumption and building infrastructure which provided jobs, and advised the incumbent government of President Muhammadu Buhari against sustaining its excuses that it did not cause the recession, reminding it that the buck stops on its table.

He also advised the legislature and the executive to deploy the current budget process to stimulate the economy, focus on factors that can rejuvenate growth, stabilise the exchange and interest rates and simultaneously provide a stimulus package that will ensure a synergy between economic growth and the budget package.

He said it was unfortunate that the Central Bank of Nigeria (CBN) allowed the MMM Ponzi scheme to operate in Nigeria, a situation he said could be detrimental to an already crippled economy, in view of Nigerians’ gross involvement in the scheme through the withdrawal of monies with commercial banks for investment in the scheme. He described the trend as risky for banking.

He further advised the government to reposition key institutions, invest in key infrastructure that can create employment for the teeming youths as was the case in the United States, which re-invented railway operations and reduced taxation.

Also delivering a speech on “Key Challenges of Planning and Budgeting in Nigeria: A Case Study of Social Safety Net Programme Implementation in Nigeria”, Dr. Nazif Darma, of the Department of Economics, University of Abuja, blamed the stagnation in the economy on the absence of planning.

He noted that India’s economy has grown consistently for decades because the country has a history of national planning spanning 65 years.

He also canvassed the need to review the Vision 20:20202 blueprint which he said should be aligned with the Sustainable Development Goals (SDGs) of the United Nations.

Darma also echoed Mailafia on taxation, saying “this is not the time to increase taxes. You can increase the number of people that will pay taxes”.

According to him, a five-year development plan should be drawn from Vision 20:2020 plan.

In her presentation, Minister of State for Budget and National Planning, Mrs. Zainab Ahmed said the 2016 budget failed to achieve its target because of the following factors: the contraction in GDP; the fall of the oil production from the targeted 2.2 million barrels per day to 1.4 million; galloping inflation of over 18 per cent from the projected 9.8 per cent; protracted depreciation of the exchange rate from the projected N197 to $1 to N305/$, while the revenue target of 3.8 per cent only attained 2.117 per cent.

According to her, oil revenue declined sharply due to the fall in oil prices while the drop in oil production arising from the militancy in the Niger Delta compounded the situation.

She, however, said the 2017 budget was conceived to achieve economic recovery, stimulate growth, pull Nigeria out of the recession and sustain macro-economic growth, adding that the budget would expand the frontiers of private-public partnerships, provide jobs through small and medium enterprises (SMEs), create wealth, and foster social safety for the poor and vulnerable in the society.

She added that this year’s revenue projection of N4.942 trillion is 28 per cent higher than the N3.85 trillion target in 2016, with 11 per cent of the projection meant to be drawn from recovered loot and 4.9 per cent from value added tax (VAT), among other sources.

Her counterpart in the ministry, Senator Udoma Udo Udoma, who came late to the event, said in line with the submissions of Mailafia and Darma, the government had no plan to increase tax and the VAT rate but was seeking to broaden the tax base.

In his submission, Minister of Agriculture, Chief Audu Ogbeh, traced the foreign exchange crisis to 1986 when he said naira was first devalued by the military regime of General Ibrahim Babangida, saying since then, the naira has been consistently devalued.

However, a coalition of civil society organisations under the aegis of Citizen Wealth Platform (CWP) said it had uncovered a range of frivolous, inappropriate, unclear and wasteful expenditure proposals in the 2017 budget.

According to the group, the sum of N151.536 billion was allocated to wasteful, duplicated and needless proposals and had been identified in the budget which it wanted the National Assembly to save by striking out such proposals, some of which it said were contained in 2016 budget.

The coalition also called for a reduction of National Assembly budget of N115 billion in 2017 to N110 billion “in the spirit of the austere times and to demonstrate solidarity with the Nigerian people who are suffering and going through untold hardship”.

Meanwhile, the Speaker of the House of Representatives, Hon. Yakubu Dogara, in his address, described as erroneous the impression that the National Assembly could not tinker with budget estimates laid before it by the president.

“The people who hold such views are ignorant about the nature and exercise of executive power,” Dogara said.

“Except where the constitution grants powers or duties to the president, the executive governing authority must be created by legislation.

“Therefore, the exercise of any executive power by the president or any member of the executive not expressly conferred on him or them by the constitution or an Act of parliament is ultra vires.

“There is nothing known as executive appropriation of public funds under our constitution or laws,” Dogara added.

The Speaker further said the legislature would not abdicate its constitutional responsibility no matter the degree of intimidation and blackmail it is subjected to by persons who “brazenly put our democracy in a recession”.

Dogara further harped on the need to institutionalise the scrutiny of annual budgets by CSOs as parts of efforts to enhance transparency, adding that many CSOs had already scrutinised the budget and pointed out areas of waste and duplication.

While declaring the event open, Senate President Bukola Saraki pledged the commitment of the legislature to engender economic recovery and growth.

“To this end, we will ensure that proposed projects and programmes, and their estimated expenditure are in sync with government priorities.

“Beyond that, we will also ensure that in line with the amended Procurement Act, a sizable part of the capital expenditure is retained within the country as government patronises made-in-Nigeria products,” Saraki said.

He added that the legislature would focus on priority bills that would facilitate the ease of doing business in Nigeria, particularly in critical sectors of the economy. 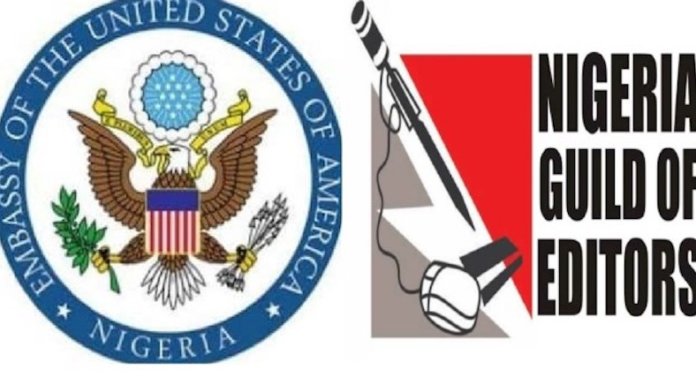