Fast rising female double bassist, singer and songwriter, Ireen Bill finally took her destiny in her hands when she decided to embark on crowd funding to support her African Music Project. Crowdfunding is a method of raising capital through the collective effort of friends, family, customers, and individual investors.

As part of her ingenuity, Ireen Bill has found an inspirational and motivational name for her fans and patrons. She calls them ‘billioniers’. She has set a target to raise $7,000 (N3. 5 million) on Indie-gogo to accomplish her African Music Project, without having to rely on any major label or limit her creative power while delivering unique contents to her fans.

“My team and I decided to try this funding model, after we turned down some labels that approached us with contracts which were going to limit my creative power and connection to my fan base (the Billoniers). Planning this Crowdfunding campaign took more than six months. From producing a unique pitch video (featuring the mystery-bassman and message), crafting and editing the story, reaching out to family and friends, down to creatively planning out my exciting rewards /perks and budgeting the viable minimum amount needed. I hope people from all over the world and the diaspora would support me at reaching my crowdfunding goal, so other indie artistes can embrace this new music-business funding model, get creative, stop making excuses and help African music advance quickly,” said Ireen.

Her music borders on a rich mix of afro-fusion, urban highlife, soul and jazz, all laced with her bass lines, solos and strong vocals. Ireen Bill describes her brand as one which ‘stands to showcase the creativity, beauty and strength of the African woman; inspiring and entertaining at the same time.’ The Album is titled B.I.L.L which is an acronym for Bass Inspiring Love and Life. According to her, “It will feature African sounds, languages, loads of percussion, bass, strong vocals, soul and Afrobeat. And it’s going to be hot like the African weather.”

Ireen is working hard to bring her compositions to the frontline by creating her own ‘body of works’- album and also host an Inspirational Bass-Charity-Concert for children in Nigerian IDP camps. Every year, she marks her birthday by organizing a local girl-child support programme. In recent times, she has become more ambitious. “I want to do something bigger starting from this campaign, by going to some IDP camps in Nigeria and inspiring those kids with my story, music and charity donations.”

The Afro-Singing-Bassist is currently raising funds via a unique crowd-funding campaign strategy on Indiegogo, a creative pitch video and offering exciting and exclusive ‘bass-banging’ rewards in exchange. Some of these perks include; a private African bass concert in your living room, Ireen Bill cooking you an African dish for dinner live, executive producer credits, pre-ordering the exclusive signed CD album and digital downloads, 100years of immortality for you on the B.I.L.L Album, Ireen Bill Billonier T-shirts, two free tickets to Ireen Bill Concerts, one-on-one Skype chat/bass lessons and Ireen Bill’s Secret videos (including the Mystery-Bassman videos).

FELA! BROADWAY MUSICAL RETURNS TO LAGOS
It’s a great opportunity for fans and followers of music icon, Fela Anikulapo-Kuti as urban music radio station, Smooth FM partners the Lagos State Government to present, ‘Fela!, a Broadway musical’ for a repeat performance in Lagos during the Easter weekend. The show was previously staged in Lagos, Nigeria in April, 2011.
Between April 13 and 15, Lagosians and Afrobeat music enthusiasts from all over the world will step into unforgettable nights of dance and music by the late Afrobeat maestro, Fela Kuti. The event which was conceived by iconic Bill T. Jones, will hold over the Easter weekend at the Eko Convention Centre

In further celebration of the Afrobeat maestro, ‘Fela! The Concert,’ starring cast members of the Tony Award winning Broadway musical welcome music lovers and audiences into the extravagant and rebellious world of the Afrobeat legend.
Using his pioneering music, a blend of jazz, funk, African rhythm and harmonies, the musical explores Fela’s controversial life as an artist, a political activist and revolutionary musician. Featuring many of Fela Kuti’s most captivating songs and imaginative staging, this new show is a provocative hybrid of concert, dance and musical theatre.
“Everybody say Yeah! Yeah!”

The three films have some A-list stars who are acting on Kunle Afolayan’s set for the first time. They include Omotola Jalade-Ekeinde, Kate Henshaw, Nobert Young, Toyin Oshinaike, Fathia Balogun, Dari Afolayan, Funsho Adeolu, Ade Laoye, Omowunmi Dada, Damilola Ogunsi, Ayo Adesanya, Yaw and Gloria Anozie Young among others.
In ‘Roti’ which stars Kunle Afolayan himself playing alongside Kate Henshaw, Toyin Oshinaike, Fathia Balogun and Dari Afolayan, the story is told of how, years after a couple loses their son called Roti to a brief illness, the wife sees a boy called Juwon who is an exact replica of her dead son.

In ‘Tribunal’, “Jimi Disu, a man in his fifties, is one of the bright- minded lawyers who co-establish a leading law firm in Lagos. However, he lost his sense of direction and strength after being hit by a series of personal challenges that question his resolve as a man. ‘Tribunal’ stars Omotola Jalade-Ekehinde, Funsho Adeolu, Nobert Young, Ade Laoye, and Damilola Ogunsi.

The third flick stars Ayo Adesanya, Yaw, Gloria Anozie Young and Omowunmi Dada is ‘Umogwo’, the story of Omotunde, a young Yoruba civil engineer, married to Raymond, an Igbo man. Coloured by different cultural backgrounds, drama ensues when Raymond’s mother, Chimanda, insists on performing Umogwo, an Igbo cultural practice by which the mother of one of the couples lives with the couple for a period of time to relieve the nursing mother of the pressures of convalescing and baby care.

HISTORICAL ROMANCE MOVIE, ’76 GOES ON DSTVBOXOFFICE
The critically acclaimed movie, ’76, starring talented actors; Ramsey Nouah, Rita Dominic, Ibinabo Fiberesima, Chidi Mokeme and Daniel K. Daniel, will be available for rent on DStvBoxOffice from tomorrow, February 13 for only N400.
The movie is set against the backdrop of the attempted coup of 1976 and the assassination of Head of State Murtala Mohammed, but the drama chronicles the lives of a young officer, Dewa (Ramsey Nouah) and his pregnant wife, Suzy (Rita Dominic) who are reluctantly caught up in events that rocked the whole country. The historical romance thriller speaks to the Nigerian experience, while exploring the themes of romance, inter-tribal marriage, betrayal and the triumph of love through it all.
The movie produced by Izu Ojukwu and Adonaija Owiriwa and directed by IzuOjukwu, has earned 14 nominations at the 2017 edition of the prestigious AfricaMagic Viewers’ Choice Award (AMVCA).
General Manager, Marketing, MultiChoice Nigeria, Martin Mabutho said the company is excited to make the movie available to its subscribers on the DStvBoxOffice platform.
“Our mission is to provide value to our customers by making great entertainment more accessible and at an affordable price. The movie ’76 with its compelling story line, quality production and stellar cast, is a compelling portrayal of an unforgettable date in Nigeria’s history and we believe that it will make a great movie pick for the whole family”, said Mabutho. 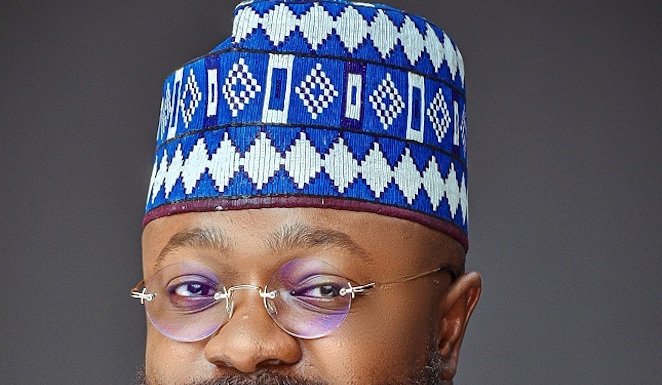