Tobi Soniyi in Abuja and Hammed Shittu in Ilorin

Wife of the President, Mrs. Aisha Buhari, has expressed gratitude to all Nigerians supporting President Muhammadu Buhari and also urged them to sustain the tempo.

“I want to use this opportunity to thank all Nigerians for the goodwill and support for my husband and Nigeria in general,” she said.

Mrs. Buhari made this call on her arrival at the Nnamdi Azikiwe International Airport, Abuja from Saudi Arabia where she performed Umrah or Lesser Hajj.
According to her, she also said while in Saudi Arabia, she prayed for the peace, stability and progress of Nigeria.

A statement issued by the Director of Information, Office of the Wife of the President, Suleiman Haruna, said Mrs. Buhari who arrived the airport at about 3:15 pm local time, was received by the wife of the Senate President, Mrs. Toyin Saraki, wives of the governors of Kebbi and Kogi states, wives of the Service Chiefs as well as the former Deputy Governor of Plateau State, Mrs. Pauline Tallen.

In the same vein, the Senate President, Dr. Bukola Saraki, yesterday called on Nigerians to pray for good health and wisdom for President Muhammadu Buhari. He enjoined Nigerians to also “pray for peace, unity and economic prosperity as well as political stability and general development of the country.

“Let me use the opportunity of the gathering of distinguished members of the Ulamahs to ask that you all pray for our President, Muhammadu Buhari. May Almighty Allah continue to give him good health, the wisdom and know how to lead this country in peace and to prosperity.

“I also pray for our country to have peace, unity, economic prosperity and political stability and general development,” he said.
Also, at the same event in Ilorin, the Sultan of Sokoto, Alhaji Muhammadu Sa’ad Abubakar, enjoined all the people of the country irrespective of their religious inclinations to pray fervently for President Buhari’s safe return to Nigeria.

In his remarks, the Sultan said: “I urge Nigerians to offer prayers for President Muhammadu Buhari, our governors and leaders for God to shine His light upon them for them to live aright. We should offer special prayers for the president for him to come back safely and continue to pilot the affairs of this country to greater heights.”

Sultan Abubakar also enjoined religious leaders in the country to always preach peace and unity.
According to him, “So we call on all of us to always preach peace, stability and love whatever religion we have in our minds. I want our political leaders to work on things that will unite us. Let us work together on common problems such as poverty, unemployment, extremism and so on and so forth”.

He stressed that, “There are so many of the challenges that are threats to peaceful co-existence but not religion. We must use religion to bind all of us together. Let us face our common problems.

“I urge all our political leaders irrespective of their religious inclinations to hold on to their religious beliefs; to administer the people as God put on their shoulders as best as they can. With that I believe there will be no problem.”

Meanwhile, Saraki has assured that the National Assembly would not enact any law that would stifle the freedom of worship in the country.
Saraki gave the assurance during the grand finale of the 31st National Quranic Memorisation Competition held at the Ilorin Metropolitan Square, along Asa Dam road, in Ilorin, the state capital.

The senate president stated that the nation’s apex legislative body would continue to “work to ensure that people freely practice their religion without fear. I want to assure you that the senate in particular and the National Assembly in general will not enact any law that will stifle the freedom of worship. We will always work to ensure that people can freely practice their religion without fear”.
Saraki said he was delighted to join members of the Ulamahs and dignitaries across the country to celebrate contestants in the competition, which drew participants from 33 states of the federation.

According to him, the knowledge of the holy book is one of the best ways to spread the word of God, according to a News Agency of Nigeria (NAN) report.
“I am convinced that if we all forget about religion and look at the rationality of the words contained in the holy books, our world will be better. The holy books of the two major religions, the Quran and Bible, teach morality, justice, equity, love, compassion, and respect for elders.

“They also teach making money through just and fair means and many other virtues, which if we all imbibe them, there will not be war, disease, poverty, squalor, deprivation, crime and injustice. The holy books further talk about the responsibility and burden of leadership. The books say those of us in position of leadership will have a lot to account for before Allah.

He enjoined participants at the competition, which was mainly the memorisation of the Quran, to help preach the word of God to the high and low in a peaceful manner.
“Use your knowledge of the holy book to spread love, peaceful co-existence, understanding, tolerance, unity, compassion and genuine fear of Allah. Use your knowledge of the Quran to let the world know that those who discourage people from acquiring education are not good Muslims.

“Let the world know that those who obstruct the peace of the world do not represent Islam. Let the world know that our holy Prophet lived peacefully with Christians and Jews. He taught us to even emulate him. That is the essence of Hadiths. If we have taken to the words of Prophet Muhammed, there would have been peace and development in our country and the world over,” he said.

Kwara State Governor, Alhaji Abdulfatah Ahmed, while speaking at the occasion, urged Nigerians to resist, through peaceful means, those who are bent on misrepresenting religion or fomenting conflict in its name.

“I, therefore urge the people of Kwara State and indeed all Nigerians to continue to embrace harmonious living and adopt peaceful resolutions to disputes that may arise during our daily interactions.

“Certainly, the spirit of good neighbourliness and unity experienced in the state can be traced to our respect and tolerance of each other’s beliefs practices, values and aspirations. Undoubtedly, the use of religion to perpetuate acts of violence is rather unfortunate and ironical given the emphasis placed on peace and justice by both Christianity and Islam,” he said. 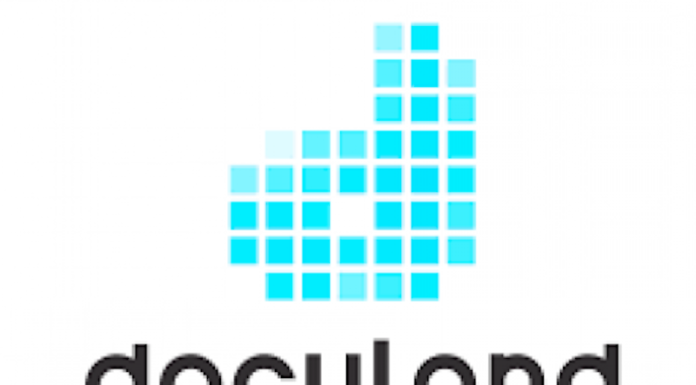