The popular belief that the education of a man is individual based as against the education of a woman which benefits the entire nation has been accepted and working for the common good of humanity. The wife of the Imo State Governor, NkechiOkorocha in her pet project, Women of Divine Destiny Initiative with a branch known as the girl-child education summit is poised to ensure that girls are exposed to the right kind of education and training, which she believes is capable of correcting all of society’s ills. Kuni Tyessi reports

‎The era when girl-child education was seen as a waste of money because it is expected that one day the girl will get married and drop the family name is far gone, as recent happenings have shown that women have a role to play in the dynamism of governance. They are known to multi-task, as research has proven that nature has gifted woman with the ability to use both sides of the brain.

The wife of the Imo State Governor, Nneoma Nkechi Okorocha, an advocate of girl-child education‎ said serious attention should be paid to this sphere of Nigeria’s education system which is closely tied to leadership. She attributed several challenges facing women to improper grooming. For instance, she believes that wealth, facial appearance or stature does not make a woman thick but her ability to hold her head high no matter how much she is worth and this is embedded in the right kind of education.

“Start instilling in her what she ought to be because it is what you put in that comes out. This is an area that we as women must quickly declare a state of emergency. We need to start grooming them on how to talk, carry themselves, speak in public, etc.

“What makes a woman thick has nothing to do with facial appearance, stature, achievements, etc, but being able to carry her head tall, and will not be looked down upon or spoken to without grace by any man. The way one is treated is a result of how the individual presents self and so there is the need to let the girl-child know that what she becomes tomorrow is as a result of what she is today.”

Okorocha stressed that bringing that consciousness in the girl is what makes it big. “So this is a clarion call to all because when the girl-child gets it right, the nation will get it right. The girl-child as we all know is very important; it isn’t that the boy-child is less important, but I personally have a passion for the woman. For someone to become a woman, you have to start from being a girl and I believe it is very important to give serious attention to the girl-child because if we must have the tomorrow’s woman that is to affect the nation positively and help to build the nation that we are believing God for, then there is need to give a lot of attention to the girl-child and this is what informed my decision to have an education girl-child programme.”
Asked why the preference on girls when eastern states are battling with the issue of boy-child school dropout to learn a trade which makes education a predominantly girls affair, she said such is not the case as education is given priority in the state and boys and girls are keying into it.

“I wouldn’t say that because in Imo, education is one of the areas that the government is giving serious attention to and talking about boys dropping out of school, I don’t think ‎I will agree with you because in the state, education has a lot of priority and a lot of focus and so much funding is going into it just to make sure that by the time the students pass out of school, they will be able to help themselves and also the society.”

Teachers have a major role in moulding young minds towards achieving the desired goal and on this,Okorocha said the teacher rating in Imo state is averagely ‎good with room for improvement.
“In rating the teachers, I will say they are quite impressive but we are not yet there. The governor has been so passionate about education and what he has been doing in the sector even before he became governor. There is also a commissioner for education that is very strong. So it is our prayer that we get the kind of teachers that we aspire to have. But averagely, I will say we are happy, but we still need to come up with programmes that will enhance them to be the type of teachers we want them to be.

“This includes having seminars, getting them acquainted with new and better ways of teaching, ‎making sure that all the teaching aids are made available to them. I think with all these, we will get the kind of teachers we aspire for.”

‎In the case of better remuneration which has been the yearning of teachers for decades, Okorocha said: “You will agree with me when you come to Imo State that teachers are one group of people that the governor does not joke with or take for granted. I also believe that they are rescue supporters of this mission and of how the governor takes care of everything that has to do with them.

“When you see teachers in Imo State, you will think they are bankers because when the governor came on board, apart from their welfare, he gave out allowances to them so that they can be encouraged to always put in their best. For a teacher to be able to teach, affect ‎and touch the lives of the students, things must be done holistically with what he/she knows and what he/she has to offer.”‎

To further drive home the message on girl-child education, the initiator of WODDI‎ has gone the extra mile to launch a leadership programme for students of public and private schools with the aim of catching them young towards becoming responsible and accountable leaders. “The problem of Africa and Nigeria is leadership and I believe that there is need to catch them young and one of the ways we can do that ‎is to ensure that the prefects in public and private schools have seminars and conferences and have motivational speakers come speak to them so that even at that level, they will begin to have some sense of responsibility and know what it is to become a leader because out of the whole lot, like in some schools with a population of 600 or even 1,000 or even much more and out of these students, only few are picked to serve as prefects and that is very important.”

‎According to Okorocha passion is needed in equipping the girl-child and moulding her into the kind of woman that society expects her to be; she urged her contemporaries in other government houses, as well as her successor, to pay attention to girl-child education.

“Passion is a necessity and without it, forget it. However, for the girl-child, my contemporaries and successor‎ must realise that before one is a woman and a mother, one was first a girl-child and as mothers, we know the challenges we are having which have to do with our children, most especially the girl-child.

“This is one area they must pay attention to because a woman is everything. I believe that Nigeria in states, constituencies, and even our families exist because of the woman. When she gets it right, communities and societies have also gotten it right. So what can we do to ensure that we get it right at all times? It is through the girl-child.”

Describing her pet project, she said: “My pet project is something I have been doing even before I became the wife of the governor. The name of the programme is WODDI and under it, there are other arms and a lot of programmes that we are doing. One of them is the She Needs A Roof Project (SNARP), Nneoma Kitchen, Leadership Summit, Girl-child Programme, WODDI prayer meeting, Let’s Talk, and most importantly, the Nneoma Skills Acquisition Programme, which has been established in three zones and in each of them, women and youths are trained to be skillfully important to themselves and how they can become self-employed.”

“For Nneoma Kitchen, before this position, my husband and I made it a duty to always cook every last Friday of the month in order to go out and touch the lives of the less privilege and I felt it was necessary to bring back that consciousness and the spirit of giving and also to make people know that we are our brothers and sisters’ keepers. What we do there is that myself, wives of political appointees, female political appointees, some very important stakeholders that are women usually cook ourselves and we go out and touch lives. I thank God for it and beyond touching lives, I can also see that women in Imo State are also seeing the need to emulate that.

For the SNARP project, I thank God that in as much as we have been able to put a roof over the heads of widows and orphans, most importantly, there are people in the state that are now seeing the need to do that which has continued to put smiles on the faces of the beneficiaries.

“I know of many people that have built houses and have called me to come and commission and they gave them to people living around them and this is one thing I am doing to change the society and it has been awesome. I know that by the special grace of God by the time we leave office, I will be able to continue in my little way to give hope to the hopeless.” 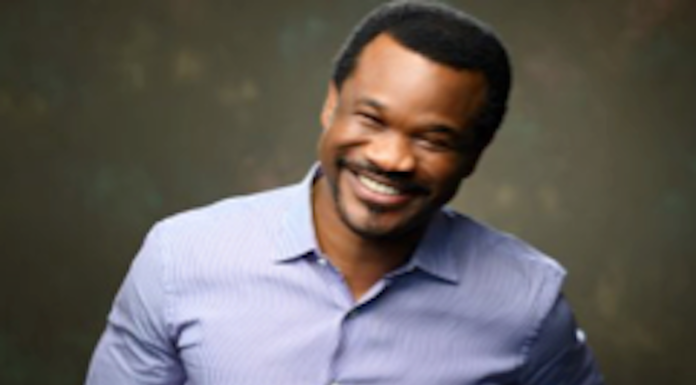