The Bayelsa State House of Assembly yesterday unanimously called for the deployment of military personnel in Ozizebiri, Southern Ijaw, Bayelsa State, after the violence that followed the killing of a 22-year-old boy by a soldier.

It was learnt that at least three houses were set ablaze in the community in retaliation against the stabbing of the young man by a new military recruit over a debt of N50.
Confirming the development on the floor of the House of Assembly, the member representing Southern Ijaw constituency 2, Mr. Monday Obolo, said the killing of the boy had led to a reprisal attack and the burning of houses.

According to Obolo, though the traditional rulers and elders were trying to resolve the matter, angry youths from Opuama, he alleged, had invaded the alleged killer’s community.
Obolo, who received unanimous support from members of the House, called on security agencies in the State to deploy armed troops to the area to avoid total breakdown of law and order.

THISDAY learnt the soldier allegedly owed the younger sister of the deceased the debt after he bought local bread known as Madiga from her and refused to pay.

The soldier identified as Ayibakare Oguo, 26 , stabbed the deceased following an argument that ensued when he beat the young girl who had gone to collect her money from her debtor.
According to community sources, the victim identified as Princewill, an indigene of Opuama community in the same local government, was stabbed severally during the fight with the security personnel.

“The accused Ayibakare was alleged to have beaten up the younger sister of the deceased over N50 madiga he bought on credit.

“So, in anger, the deceased went to him to inquire why his sister was beaten up and a fight ensued and that was how the deceased was stabbed to death” , he said.
Meanwhile, a seven-year-old boy identified as Prosper Eta, was on Wednesday crushed to death by a sand-carrying truck in Yenagoa, Bayelsa State.

It was gathered that the incident happened at 12.10 p.m. on Goodnews Street, Azikoro Village, in the state capital when the deceased was running an errand for his mother.
The late Eta, who lived in the area, was reportedly trying to cross the road to deliver a pack of nylon bag to a fish seller across the road when he met his untimely death.

The victim on crossing the road didn’t see an approaching truck from the other side.He tried to run back from the scene but was knocked down by the truck front tyres.
James, a commercial motorcycle operator, who witnessed the incident, described it as horrific.

He said: “I just dropped a passenger and made a U-turn to the side of the road where the boy was standing.
“I sighted the truck and immediately stopped beside the boy. I saw him trying to cross the road but it was late because the truck was already close to him.

“The truck driver also saw him late because he tried to apply an emergency break. Unfortunately, the driver’s effort was not enough. It was a gory sight because the tyre matched the boy on the stomach and dragged his intestines out.” 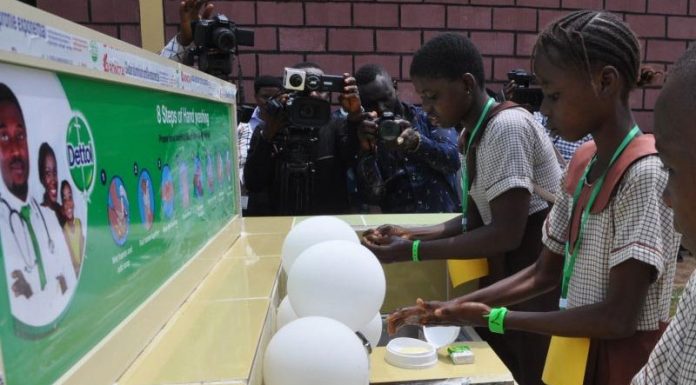